Most valuable brands across the globe showcased in a new infographic, Facebook has been blocked from using data from other sources in Germany, China stops beauty products making medical claims in advertising and Amazon posts positive fourth-quarter ad revenue results

A new infographic has showcased the most valuable brands in many of the countries across the world, showcasing some stark differences in overall value between different countries.

This week, Germany has also made a landmark ruling that will limit the types of data that Facebook can collect and assign to indvidual users, which has got the platform up in arms.

China is bringing its beauty advertising more in-line with the rest of the world by banning brands from making medical claims when it comes to their cosmetic products.

Amazon has reported some seriously strong growth in terms of ad revenue, taking some of the market away from Google.

Find out more on each of these stories with our latest news roundup. 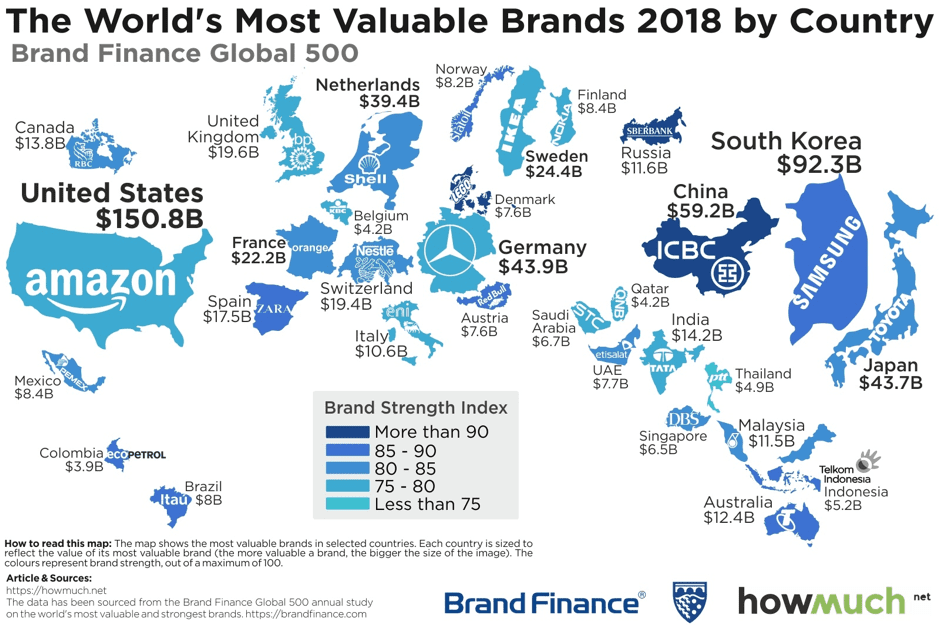 Most valuable brands across the world in 2019 revealed

The most valuable brands per country in 2018 have been revealed. Visual Capitalist has showcased which brands are the most valuable within different countries, based on Brand Finance’s Global 500 Report.

Brand value is worked out as being a marketing-related intangible asset, which generates monetary benefit for an individual brand, rather than an overarching company. Visual Capitalist describes it as being "the value of the image of the brand itself, as represented in the minds of stakeholders."

While a number of countries are not represented in the new infographic from HowMuch.net, due to the fact that they do not have a brand that is large enough to make the Global 500 Report, the findings show some interesting differences.

In terms of the biggest brands across the world in general, US companies made up the majority of the top ten, with Amazon, Facebook, Google and McDonald’s all making an appearance. In fact, just one non-US brand was in the top 10 list, China’s Tencent.

In fact, US brands have much higher values than those from other countries. Amazon is in the number one spot, raking in around $150.8 billion. In comparison, the next biggest brand in any other country is Samsung, which is South Korea’s most valuable brand and is valued at $92.3 billion, representing a pretty sizeable drop. 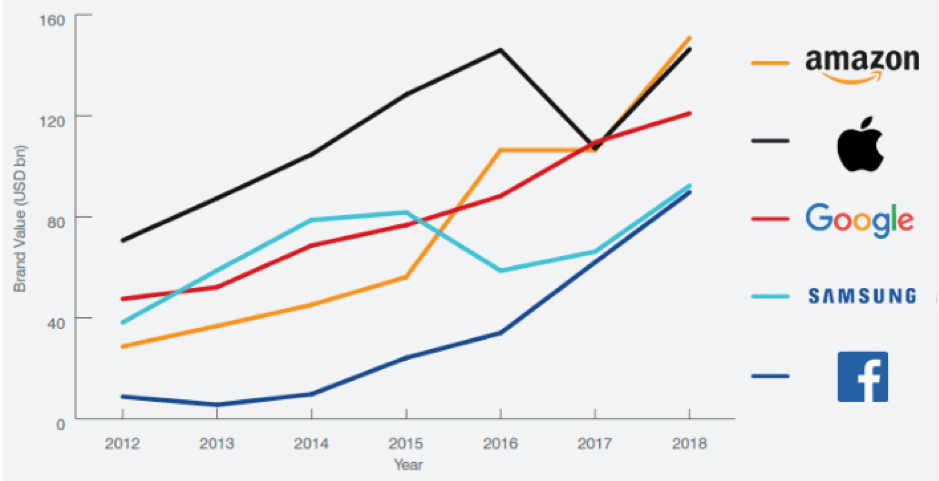 The fall in values continues as we head across different countries, with the next tier’s most valuable brand being ICBC in China, which is worth $59.2 billion. In the lower half of the list are brands ranging in value from $4 billion to $25 billion, just drops in the pond compared to Amazon.

Although Amazon is currently the most dominant brand, it only just beats Apple, edging it off the map. However, this could change when it comes to 2019’s results, making Apple the most valuable brand in the US.

Germany’s Federal Cartel Office (FCO) has now blocked Facebook from gathering information about its users from sources outside of its own app and website. The watchdog has said that the social media giant can no longer collect user’s information from Instagram, other applications it owns or third-party websites unless it receives explicit permission to do so.

This latest move is part of the watchdog attempts to tackle what it calls Facebook’s "practically unrestricted collection and assigning of non-Facebook data". The decision follows on from an extensive probe into the platform after concerns were raised that Facebook users weren’t fully aware of what or how much data was being gathered by the company.

The specific decisions that the FCO has made are:

According to the FCA, simply asking users to tick a box in order to agree to all of Facebook’s terms was not a big enough case to allow "such intensive data processing".

"In future, Facebook will no longer be allowed to force its users to agree to the practically unrestricted collection and assigning of non-Facebook data to their Facebook user accounts," said Andreas Mundt, president of the FCO.

"The combination of data sources substantially contributed to the fact that Facebook was able to build a unique database for each individual user and thus gain market power."

Currently, the ruling is only applicable to Facebook’s activities in Germany, but it could lead to similar decisions being made by regulators in other countries.

Facebook is currently appealing the decision as it says that the FCO has overstepped its bounds and has looked into a data privacy matter that falls under the remit of a different regulator. The company has a month to challenge the FCO’s decision, at which point it will become legally effective. 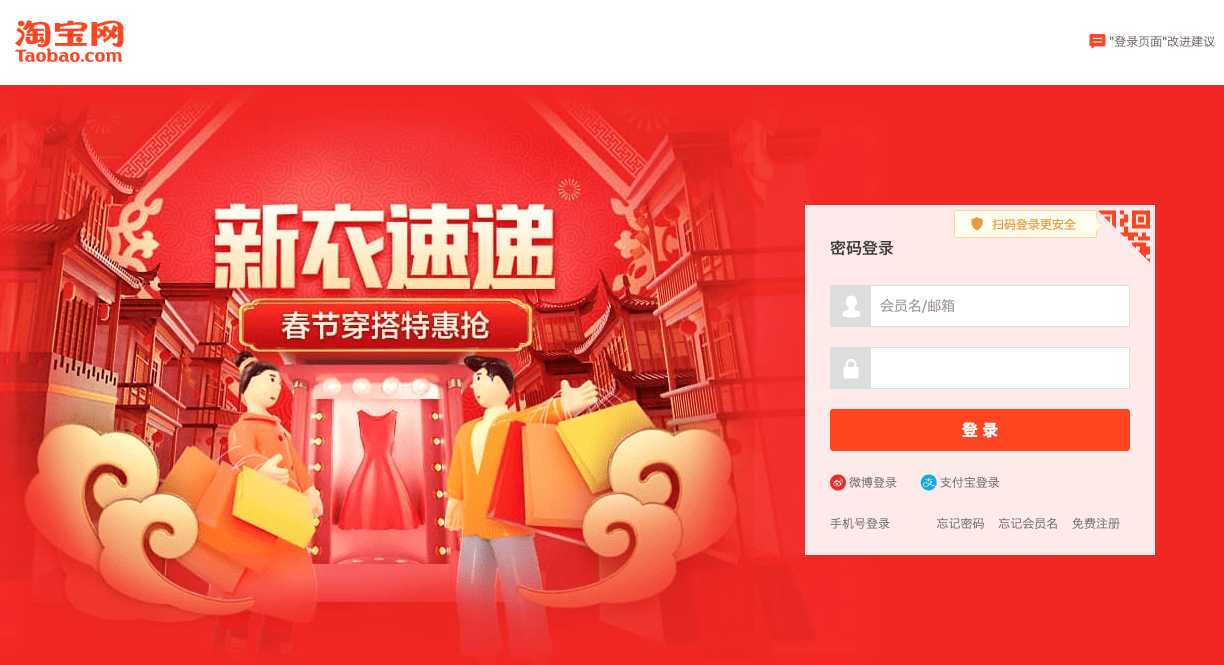 China bands cosmetics from being advertised as medical

China’s Food and Drug Administration (CFDA) has passed new regulations that bands cosmetics companies from making medical claims in their marketing. Brands will no longer be able to claim that beauty products offer medical benefits, as part of a clampdown aimed to bring China’s regulations in line with FDA standards around the world, according to Jing Daily.

Following the announcement, the Chinese e-commerce platform Taobao issued a notice that states it will now block searches for "medical cosmetics".  A few other sites followed suit, but others – including Tmall and JD.com – are still allowing searches for medical cosmetics.

A number of cosmetics brands have also been quick to adhere to the new regulations, removing terms deemed as "medical" from their websites.

This decision could drastically change how beauty products are advertised throughout the country, especially as the trend for medical cosmetics has been increasing over the last few years.

Amazon’s ad revenues saw strong growth on the fourth quarter of 2018, with $3.4 billion of ‘other’ revenues being reported by the company. This increase represents a 95% rise year-on-year, showing that Amazon is becoming a big player in terms of online ads.

While its ‘other’ revenue includes a number of activities, advertising has made up the main bulk of it. In total for 2018, Amazon reported £10.1 billion in ‘other’ revenues, although it doesn’t break down exactly how much of this is made from advertising.

Quarter One saw the ‘other’ category report $2 billion in revenue, Quarter Two achieve $2.2 billion and Quarter Three $2.5 billion, showing steady growth throughout the year, which is likely to continue.

In comparison to the 95% increase in ‘other’ revenue, Amazon’s online store sales only increased by 14% and its Web Services saw the fourth quarter report a 46% year-on-year increase.

Amazon said in a call with analysts that it has expanded sponsored brand placements over the last few months, while also rolling out new campaign reports. It is also continually building new features to make its advertising services easier to use for those setting up ads.

It seems that Amazon is really giving Facebook and Google a run for their money in terms of advertising income, as its recent figures will be eating into their profits.

The fight is on for Google

While Google and Facebook charge ad creators to have their content appear on search results or news feeds, Amazon places ads on its online marketplace and other platforms. It also has a huge amount of its own data on purchasing habits, allowing ads to be fully targeted and offering great benefits to advertisers.

However, Google has also reported positive Quarter Four results, with $39.27 billion in revenues. Of this $32.6 billion came from advertising, beating out its third-quarter results, which came in at $28.95 billion.

Google saw overall revenues increase by 22% in the last quarter of 2018, with profits of $8.9 billion, although expenditure went up by 80% to $6.85 billion and so affected the company’s overall profit margins.

While Amazon’s advertising revenue is currently around a third of Google’s, the fast year-on-year growth shows that it could really impact on Google’s results this year.