Welcome to our first news roundup of 2020! Unsurprisingly, things were fairly quiet over the festive and New Year period, but there are still a few interesting updates we believe its worth knowing about.

The end of December saw the US military follow in the US navy's footsteps and ban personnel from adding TikTok to government-issued devices due to data security concerns.

YouTube is making it easier for creators to deal with any content that becomes subject to copyright claims with the launch of a new feature.

Finally, Facebook and Twitter have announced the latest work undertaken to remove accounts that have been found to be involved in political manipulation on the platforms.

Get all the details below.

Facebook has removed the option for individuals to create a Messenger account without an active associated Facebook account. The social media platform rolled out the change on December 26th, apparently in order to make the Messenger login process easier.

However, it now seems as though the option to use Messenger without Facebook hasn’t been used as much as the platform had hoped – perhaps due to the popularity of other messaging apps, such as WhatsApp. It seems that the majority of Messenger users also have a connected Facebook account, so it is unlikely that this change will have a large impact.

A Facebook spokesperson said: “If you’re new to Messenger, you’ll notice that you need a Facebook account to chat with friends and close connections. We found that the vast majority of people who use Messenger already log in through Facebook and we want to simplify the process.”

This change could be due to Facebook moving more towards creating an integrated messaging service that allows users to communicate across all of its platforms, combining messages on Facebook, Instagram and WhatsApp. 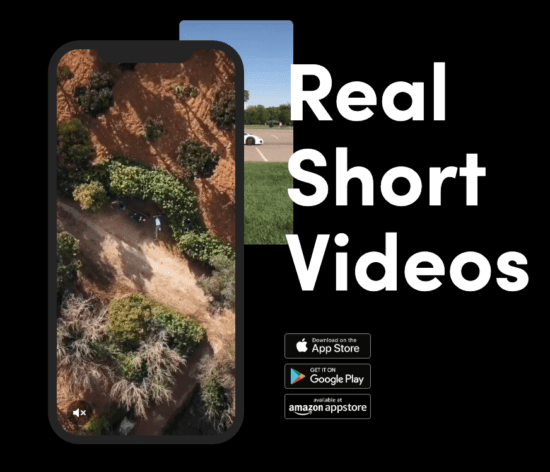 The US military has banned personnel from using the app TikTok on government-issued devices. A similar ban on the Chinese-owned video app was initiated early in December by the US Navy.

A statement on Military.com states: “The guidance directs all Defense Department employees to “be wary of applications you download, monitor your phones for unusual and unsolicited texts etc., and delete them immediately and uninstall TikTok to circumvent any exposure of personal information.”

This decision comes after questions have been raised about the link between TikTok and the Chinese Government through the apps parent company, ByteDance. Cybersecurity laws in China state that all Chinese-owned companies must provide the government with user data when it is requested. While this doesn’t mean that the Chinese government will request user data, there are understandably some concerns around privacy.

TikTok has previously said that it doesn’t store the data for US users in China, which could reduce potential exposure, however, this hasn’t been enough to erase concerns. As a result, the decision to ban the app from government-issued devices makes sense, as the US military needs to protect its data – including any possible information related to covert operations.

YouTube is aiming to make it easier for creators to resolve and understand copyright claims in YouTube Studio with new features.

Copyright issues on the platform have been causing headaches for creators for a while. Videos have been affected by ‘copyright strikes’ with other creators or entities claiming that their original material has been used within them.

As a result, YouTube will remove videos, but claimants are also able to take revenue generated from affected videos, which has meant that many people have been targeted for minor breaches, such as a small clip of music playing in the background.

While YouTube is helping to protect copyrighted material, these steps have made life difficult for creators. This is why YouTube has introduced the Assisted Trim feature.

The copyright summary and status page now includes an explicit Trim option, which allows creators to trim out any copyrighted content claimed by a Content ID in a video. This then automatically releases the claim without the video needing to be removed from YouTube.

The endpoints of this edit are pre-set to cover only where the claimed content appears in the video. However, YouTube is looking at making this trim tool adjustable, so creators can edit the video in order to provide the best user experience.

On top of this, in her November update, YouTube CEO Susan Wojcicki noted that the platform is reducing the financial incentive to claim for “very short and unintentional music use”, which should further protect creators.

Twitter and Facebook have both released details on their latest efforts to remove accounts related to political manipulation. The platforms have launched ongoing investigations looking into the way they may have been manipulated in order to influence political campaigns.

For Twitter, this is the biggest account removal action so far reported by the platform. It included the removal of 5,929 accounts from Saudi Arabia, which formed part of a network made up of 88,000 accounts that Twitter said were engaged in “spammy behaviour across a wide range of topics”.

Facebook has announced the removal of 39 accounts, 344 pages and 13 groups, as well as 22 Instagram accounts. According to the social network, these were all part of a Georgia-based domestic-focused network.

On top of this, it also removed 610 accounts, 89 pages, 156 groups and 72 Instagram accounts originating in the US and Vietnam. These were all found to be focused on US politics with some extra focus on Vietnamese, Spanish and Chinese-speaking audiences on a global scale. These accounts were found to be linked to Epoch Media Group and the pages and profiles were created using artificial intelligence.

Both companies are continuing to work on fake account removal and to provide updates in order to ensure their work is as transparent as possible.