Facebook is aiming to make its platform better for influencers and public figures with the release of new tools that could help them find new audiences.

48 out of 50 US states have joined together to launch a probe into Google's advertising dominance in a bid to stamp down on anti-competitor behaviour.

Get all the details on these stories with this week's news roundup. 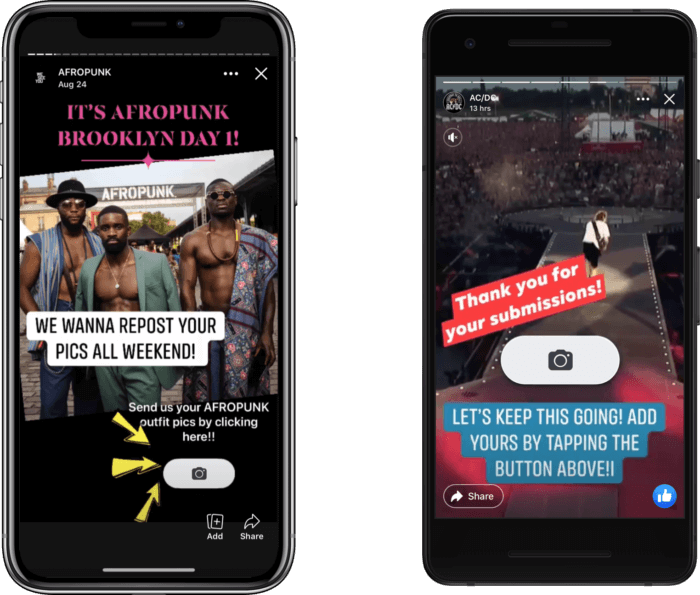 Facebook has launched new tools aimed at public figures in a bid to help influencers create more engaging content. While the features are only available for public figures right now, they suggest the direction that the platform will be taking its Stories offering in the future.

Facebook said that the new tools were designed to help influencers and other public figures achieve their goals on the platform.

The first new tool is Collaborative Stories, which are designed to help influencers reach new audiences. Facebook is testing the ability for multiple public figures to add to the same story. This will help provide a view of different perspectives from the same event or about the same topic.

Facebook tested the feature during the dance music festival Tomorrowland, which resulted in over 20 artists with a combined following of more than 73 million contributing to the same story. This led to a large portion of the viewership of the artists’ contributions to be from new audiences.

Facebook is also testing a new News Feed feature designed to help public figures get discovered by new audiences. People will see public figures on their news feed based on what they already follow and the content they engage with on the platform. According to Facebook, this feature is only being tested across a small portion of users currently.

Another Facebook Stories update is the fan reply sticker, which allows public figures using Pages to create a call-to-action on a story and then allowing followers to respond with a video or photo. The responses can then be added to the page’s story for all followers to see.

To make it easier for fans to be able to buy products directly from public figures, Facebook has added “swipe-up” links to Stories. This enables people to link out to products they want to share on their Stories and lead followers right through to a purchase page.

The platform is also allowing public figures to tag products in Facebook photo and video posts, along with Stories. It is also looking to make the checkout process simpler to improve the shopping process.

Facebook Stars enable fans to send stars to video creators when watching live streams. This shows creators how well-liked their content is but also provides a number of different opportunities for creators. For example, they can give shout outs to those that send stars or provide rewards for top star senders.

While some of the features are only available for select users currently, they will be rolled out across larger groups of public figures to enable full testing over the next few weeks and months.

A number of US states has banded together to launch an antitrust probe against Google. A total of 48 states have launched the probe into Google’s online advertising dominance. Only Alabama and California have chosen not to join the group.

Texas attorney general Ken Paxton is leading the investigation in a bid to understand Google’s control of online advertising and search traffic and how this may have led to anti-competitor behaviour, which can ultimately harm consumers.

This latest move is yet another sign of the increased scrutiny of internet giants by governments. It follows on from many concerns being raised that search functionality has impacted the ability to find the best companies and products to meet the needs of the searcher.

Those involved in the latest Google probe are hoping that it will lead to more sector competition, effectively putting an end to Google monopoly of the search and online advertising space.

Google has now been asked to provide documents that relate to its advertising business. However, it is expected that the probe will also look at other areas, including data privacy. Currently, Alphabet, which owns Google, is co-operating with the investigation but has refused to make any other comment.

Programmatic revenues across Europe achieved a 33% growth rate in 2018, taking them to €16.7 billion. This huge level of growth comes despite the fact that advertisers were worried about how effective the digital supply chain currently us, as well as the impact that GDPR would have on ad spend.

According to IAB Europe’s annual Attitudes to Programmatic Advertising report, the digital advertising industry is seeing a nice uptick even though many within the industry have questioned whether their programmatic ad spend is worth it and have increased calls for ad transparency.

In fact, the report found that 70% of display and 50% of all video ads are now traded via programmatic. Social media is still the king of this ad format, but the industry still saw a 26.6% growth when this format was discounted.

However, while growth is being experienced, the report also found that adoption of ads.txt transparency standards has been low from the buy-side. This is despite over half (56%) o publishers using then.

Announcing the report, Townesend Fehan, IAB Europe’s chief executive said: “The programmatic industry s experiencing a period of rapid transformation, to ensure it continues to provide a safe environment for advertisers, a positive experience for consumers and addresses the demands made by new regulation throughout the world.

“In the context of this evolution, it is encouraging to see the majority of stakeholders expecting an increase in programmatic investments of up to80% over the next 12 months. In particular, we expect digital out-of-home, audio and connected TV to be areas of growth. It is clear, however, that talent, the low buy-side adoption of ads.txt, and supply chain transparency remain impediments to this growth and these are areas we will addressing with our members.”

Google is set to roll out its outcome-based bidding to more types of ads, as well as expand its automated ad bidding to all non-guaranteed deals to help improve advertisers’ campaign performance.

Previously, Google has only allowed automated bidding on a CPM basis so only campaigns with a CPM target were able to use the option. However, this option is being added ti Display and Video 360 campaigns in order to provide greater flexibility.

The company explained: “Outcome-based buying supports cost per click buying for campaigns that use either target cost per acquisition (CPA) or maximize conversions strategies.

On top of this, automated bidding will be available to all non-guaranteed deals, allowing advertisers to use advanced machine learning to get better results.