The last week has seen some positive changes across social media platforms, aimed at making the shopping journey simpler as more people head to social for purchase inspiration.

With Instagram adding yet more new features to help brands make the most of tagged products and Pinterest proving its relevance in the world of online shopping, brands definitely need to start looking at their social media shopping strategy.

As well as these updates, this week's news roundup takes a look at Amazon's data breach and Facebook's latest announcement that it will be funding the training of new British journalists. We also explore Taco Bell's latest marketing campaign to announce it's first London location.

Find out more about five of the biggest stories from this week:

Amazon experienced a data breach this week that saw the names and emails of customers leaked, just two days before Black Friday. A technical error caused the customer data to be disclosed, although it is not yet known just how many people have been affected.

According to the e-commerce company, the details were posted to their website due to a “technical error” and not due to a data breach or hack. This error has apparently been fixed and all those affected contacted by email.

Customers were told: “Our website inadvertently disclosed your email address or name and email address due to a technical error. The issue has been fixed. This is not a result of anything you have done, and there is no need for you to change your password or take any other action. The impacted customers have been contacted.”

However, as many people use easy passwords or the same passwords on several sites, it is recommended that customers affected by the breach ignore Amazon’s advice and change their password for extra security.

As well as informing customers, Amazon also contacted the Information Commissioner’s Office, which is the UK’s data regulator. The office is now following the situation closely.

While the data breach has now been dealt with, the timing couldn’t be much worse with Black Friday just around the corner. The e-commerce giant is known for its Black Friday deals, both on the day and during the week beforehand, and so many customers may be thinking twice about purchasing through Amazon.

As competition for the purchases on the day is now stiffer than ever, this breach could lead Amazon’s usual customers to choose to shop through alternative retailers who seem to offer a greater degree of security. It could also have lasting implications as we head toward the prime Christmas shopping season, as customer trust is likely damaged.

London may not have heard the sound of Big Ben’s bell recently, but a new bell is heading to the city and it announced its imminent arrival with a brilliant marketing stunt.

Construction work taking place on Big Ben has meant that the iconic landmark’s bell has been silent for almost a year, paving the way for Taco Bell to make a big deal out of the fact its restaurants will soon be opening in the capital.

Taco Bell’s first London restaurant opens today (November 23rd) in the Hammersmith district. To celebrate, they staged speakers around Big Ben to make Londoners think that Big Ben was back in action – albeit with a slight twist.

The fast-food chain worked with an audio engineer to create the iconic bell sound. It then planted rickshaws around Big Ben, which contained hidden parametric speakers to shoot ultrasonic beams, making it seem as though the sound was coming from the landmark.

Taco Bell then surprised London Commuters by blasting the chimes on the morning of November 19th before releasing a video about its efforts, along with a full list of restaurant openings.

Marisa Thalberg, the global chief brand officer at Taco Bell, said: “Restoring Big Ben’s bell with our bell was the perfect way to introduce ourselves to London in a way only Taco Bell can.

“We don’t take ourselves too seriously and have been known to play a prank or two. We hope our unique twist on Big Ben’s chimes brought surprise and humour to Londoners; this was our little arrival gift as we gratefully show up on London’s doorstep.”

This isn’t the first time that Taco Bell has used a famous bell to promote itself. Back in 1996, the chain claimed that it had bought the Liberty Bell and renamed it the “Taco Liberty Bell” as an April Fool’s joke. It then announced that this was a prank and that the fast food restaurant had actually donated money to the upkeep of the bell.

When well thought out, stunts like this can gain a lot of positive attention, offer free promotion on websites and social media, as well as in the form of word of mouth marketing. Of course, it also helps if your brand has a history of making its marketing fun.

Facebook has announced that it is donating £4.5 million to train journalists in order to support communities that have lost their local newspapers.

The social media platform is hoping to support the training of future British journalists after hundreds of local newspapers were forced to shut, largely due to the switch to online news.

In recognition of the role it has played in changing how people get their news, Facebook will be funding around 80 trainee journalists. The scheme, which is being overseen by the National Council for the Training of Journalists (NCTJ), will see the reporters recruited by Archant, Newsquest, Reach, the Midland News Association and JPIMedia.

According to the Press Gazette, between 2005 and 2017, around 228 local newspapers closed. This was blamed on the shift from print to online, resulting in a loss of advertising revenue.

Sian Cox-Brooker, Facebooks Strategic Partner Manager, said: “We hear all the time from our communities that that’s what they want to read on our platform, it informs communities and it had a really important role to play in holding institutions and councils to account.”

While Facebook is supporting the development of new reporters, it has made it clear that this is not because it is set to start creating its own news content. 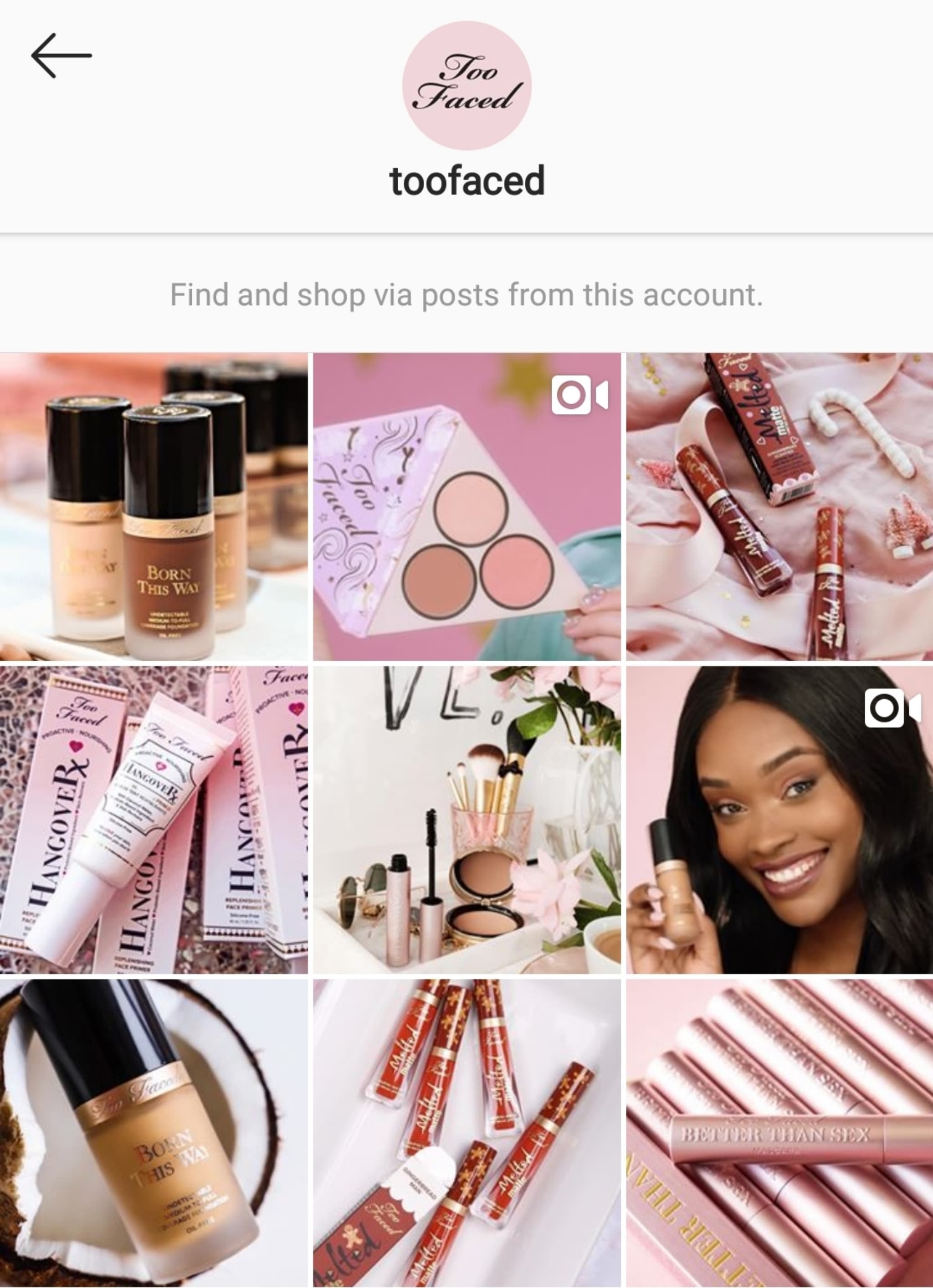 With Christmas shopping season just around the corner, Instagram is making it easier than ever for e-retailers to sell through the app. While the social media platform has yet to release a standalone shopping app, these features could make it easier for customers to shop via Instagram.

Instagram users will now be able to save products they are interested in to a shopping collection, allowing them to easily find something that previously caught their eye. To use this, they simply have to tap the product tag they are interested in – whether it’s a post or a Story - and then press the save icon at the bottom of the image.

This feature ensures that potential customers don’t forget about something they saw and that they don’t struggle to find it again later on. It also means that customers are able to complete a purchase at a time that suits them.

As part of a beta test, Instagram is rolling out shopping from video to certain businesses. It is aiming to fully roll out this feature by the end of the year, allowing all brands to tag products featured in videos as well as images.

This could be a great update for brands that rely on videos to show off the features of their projects, as it means potential customers won’t need to click through to their profile in order to be directed to their website. It also shortens the customer journey, which is always a positive change for e-commerce brands.

The final feature being added to Instagram is a new shopping tab. This tab will be available on all business pages by the end of the year, allowing customers to click through to product listings. All products that have previously been tagged in a post will be shoppable from the tab. On top of this, customers will also be able to see the original photo so they can see how the item was styled, giving some inspiration.

According to Layla Amjadi, project manager at Instagram, the new features have been developed to make shopping from the platform a lot simpler. As over 90 million Instagram users check out what products are tagged in posts every month, it looks like these features could make a big difference.

“People consistently cite that one of their favourite things to do on Instagram is to shop. Everyone is finding different ways to shop on Instagram,” she said.

Brands looking to make the most of these new features should ensure they develop a detailed Instagram shopping strategy in order to make interacting with their business easier and to increase conversion. 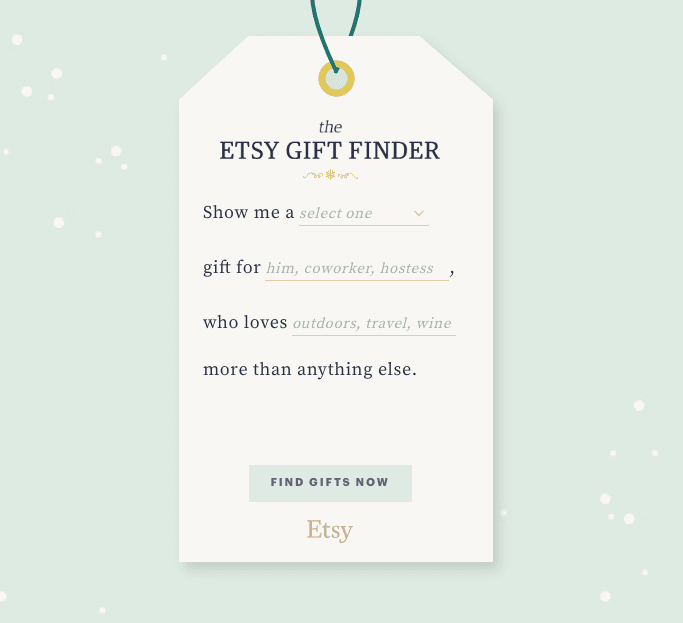 Another platform getting in on the increase of shopping via social media is Pinterest, which has announced partnerships with a handful of big-name brands to offer a more personal experience.

Pinterest is providing gift-finding tools for some US retailers in a bid to provide customers with a better shopping experience. As around 87% of people who use the platform say that Pinterest helps them find the right products for the festive season, this new strategy could really make a difference.

Kohl’s, Macy’s and Lowe’s have launched “gift globes” to offer a personalised gift finding experience. Shoppers can enter who they are shopping for and the globes offer gift ideas based on the personal criteria they’ve entered.

If shoppers don’t find something they like among the recommendations, they can simply shake their phone – if they have downloaded the mobile version of the app – to get new recommendations. It’s then easy to buy once they see the perfect gift, as clicking “Buy Now” will launch a purchase page in Pinterest, making the shopping experience friction free.

As well as the above brands, Pinterest has also partnered with Etsy to launch the Etsy Gift Finder. The simple gift finder allows shoppers to ay what type of gift they are looking for (personalized, one-of-a-kind or handmade), who the gift is for and what their interests are. Once all the criteria is entered, customers will be taken through to a page of personalized gift recommendations.

All the brands are making use of Promoted Videos and Promoted Pins in an effort to drive more people from Pinterest to the shopping tools.

While the tools are currently available for select US retailers, they go to show the power of Pinterest when it comes to informing and inspiring purchases. While many e-commerce brands may be focusing more on other social media platforms, it could be within your interest to take a look at a strategy aimed at the product-focussed Pinterest.