Facebook has had a bit of a busy week, with internal research looking at its app's decline going public and the $5 billion US Justice Department fine being confirmed. On top of this, the platform has also agreed to a raft of new data privacy measures with the FTC.

In other news, research has revealed that consumers from all generations prefer an omnichannel experience rather than just a traditional or purely digital approach.

Pinterest has also launched new features, with its latest ad tools allowing brands to create advertising campaigns on the go via mobile devices for the first time.

Read about these stories in more detail below.

Omnichannel marketing is the preferred method for all generations

Despite the push behind digital marketing over the last few years, omnichannel is still the way to go when it comes to building relationships with customers. According to new research by the Chief Marketing Officer (CMO) Council in partnership with Pitney Bowes, an omnichannel approach to marketing is the most effective for all generations.

The research found that of 2,000 consumers surveyed, over 85% said they prefer the omnichannel approach with brands reaching them both digitally and in person. In fact, brands interacting with consumers across different mediums was deemed critical by 91% of respondents, with 29% saying they want organizations to be more readily available for communication on demand.

This means that incorporating aspects like social media and email with in-person interactions will help brands meet with customers’ wants and expectations.

The study was originally intended to provide brands with insight into millennial and Gen Z consumers. Although there is a strong expectation that both of these consumer classes are slightly disconnected from in-person experiences due to their interest in social media, it seems that this is far from the case.

In fact, there are a number of similarities between younger and older generations, such as Baby Boomers and the Silent Generation. For example, most consumers across generations are happy for brands to access to personal data if it means that their needs will be better understood.

Jeff Winter, vice president of Marketing and Communications at Pitney Bowes, said: “It’s incredible to note how even the newest and most exciting of digital channels continue to evolve as consumer preference fully embraces the omnichannel opportunity. Whether by traditional means of communication, or more modern means like video and chatbot, one constant remains: everyone wants to be treated as an individual and it is up to us to deliver on that promise” 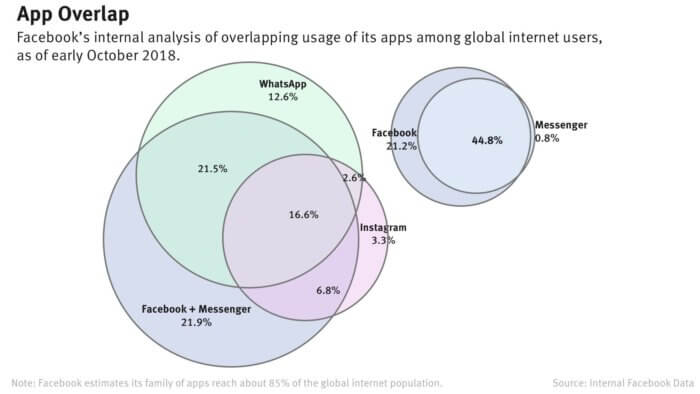 Internal Facebook analysis shows a decline in app use

The last few years have seen Facebook usage decline, with more users switching to other social media channels, such as Instagram. In fact, internal research from Facebook seen by The Information has revealed that the social media giant is very aware of the fall in usage.

Facebook’s internal data science team has found that unless the platform can change usage trends, the future of the app could be in crisis.

The Information said: "[Facebook researchers] warned that if enough users started posting on Instagram or WhatsApp instead of Facebook, the blue app could enter a self-sustaining decline in usage that would be difficult to undo. And although such “tipping points” are difficult to predict, they should be Facebook’s biggest concern."

Until now, the trend has only been viewed externally, but this internal data shows that speculation and other surveys were correct. Reportedly, Facebook started to see a decline in usage when Snapchat began to grow in popularity, with younger generations opting for ‘the anti-Facebook’ app. This is why Facebook attempted to buy Snapchat back in 2013, creating similar functions to the app when it’s offer was rejected.

It now looks like more people are choosing Instagram, WhatsApp and Messenger, which means Facebook still wins in the end as it owns all of these. However, its main source of revenue is the Facebook app, so a decline in its usage will heavily impact revenue, especially from advertising.

However, for now, it still seems that Facebook is a viable option for marketers, although you may want to start looking at broadening your strategy in order to reach a wider audience. 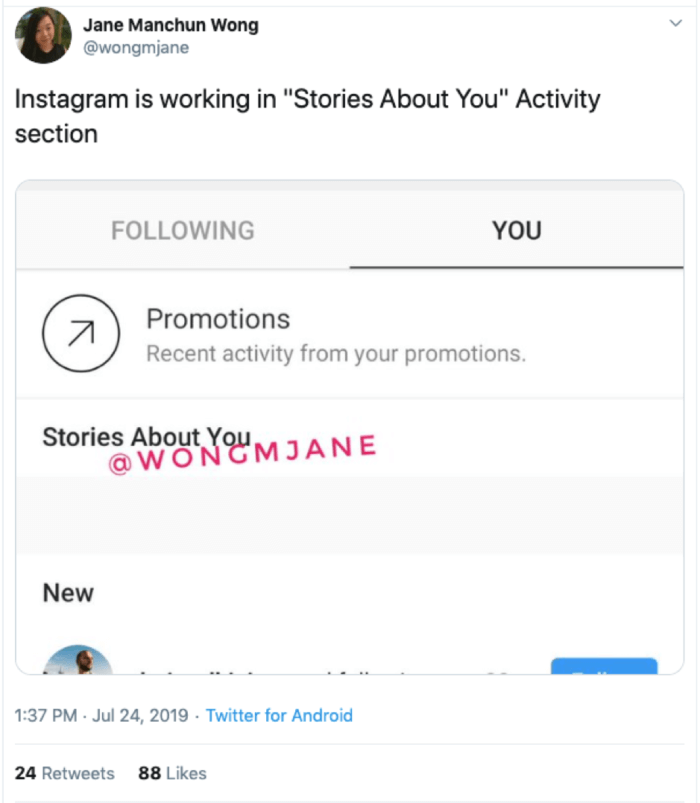 Instagram is now testing new notification tools for its Stories feature as it continues to grow in popularity. A new ‘Stories About You’ listing is reportedly being tested in the app, as reported by Jane Manchun Wong, a reverse engineering expert, on Twitter.

It looks like the new section will list Stories that a user has been mentioned or tagged in by the original poster. This will separate this type of Stories notification from the app’s other notification list.

As well as making it easier for general Instagram users to see their Stories notifications, this new list could be highly beneficial for high-profile users, allowing them to respond to relevant mentions in a timely way.

With Instagram Stories now reaching 500 million daily active users, it makes sense that Instagram start looking at ways to improve the Stories experience. Although this functionality isn’t adding anything new, it will provide more clarity on notification types. It could also be a change that comes ahead of new functionality down the line. 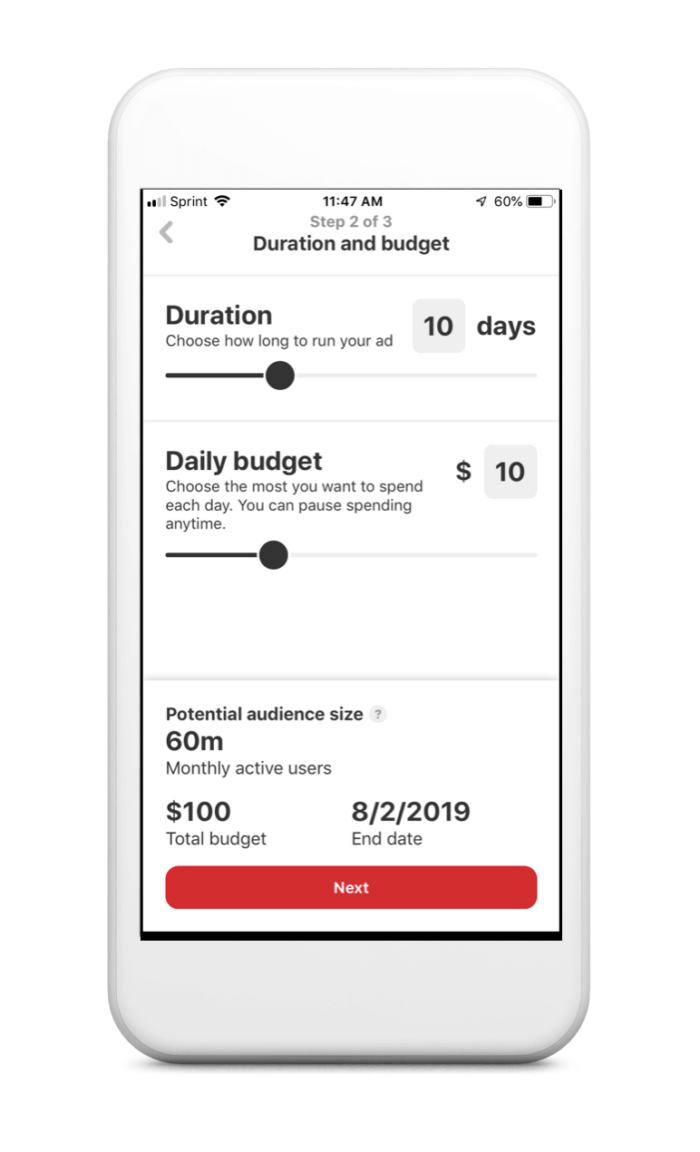 Pinterest is making it easier for advertisers to create campaigns while on the go. The platform has introduced Mobile Ad Tools that allow users to create Pinterest ad campaigns on mobile devices, allowing them to better jump on trends and be reactive.

Following on from the introduction of a new suite of self-serve tools designed to help businesses reach more users and measure their campaigns’ success, Pinterest is offering easier ad creation, along with consolidated targeting options. According to the platform, Mobile Ad Tools allow brands to drive performance, increase awareness and reach new customers while staying in budget.

This is the first time Pinterest advertisers have been able to create ad campaigns from mobile devices, as up until now, they could only be created on the desktop site. Now, users can choose a Pin from their business profile and then select automated or custom targeting options. Businesses can then choose the duration and daily budget for the campaign before completing billing information and publishing their ad.

On top of this, campaign controls and editing options will also be available via mobile devices, along with performance metrics to allow for easy monitoring and reporting of advertisements.

These new tools are currently being made available to users in the US but global expansion will take place soon. 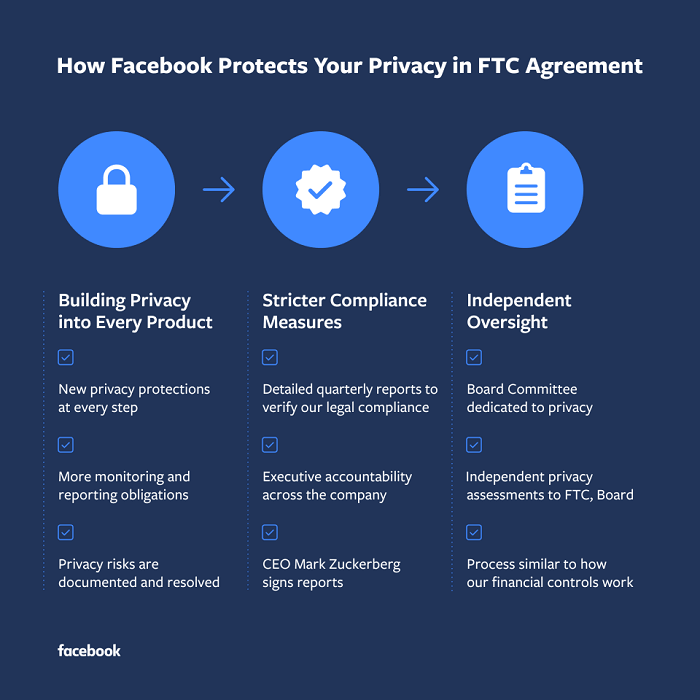 In addition to the fine, the social media giant has also agreed to new measures to protect user data. Facebook explained that it has agreed with the Federal Trade Commission (FTC) that will see a range of new measures implemented.

According to the FTC, these include:

Facebook has also agreed to more oversight from officials from the FTC and the US Justice Department, meaning there will be more levels in place for its detection and transparency methods.