We may have switched off for the holidays and New Year, but it's now time to take a look at what news stories in the marketing, tech and social media worlds were missed over the last couple of weeks.

First up is the news that Amazon's smart speaker was such a popular item this festive season that Alexa crashed on Christmas Day across many parts of Europe. It just goes to show that the idea of a smart home is becoming increasingly appealing for many.

It also looks like Google is just about ready to admit the importance of streaming services, as it seems to be testing a new design for search that puts streaming higher up in the results.

Take a look at these stories in more depth and find out what else you may have missed over the last few months below. 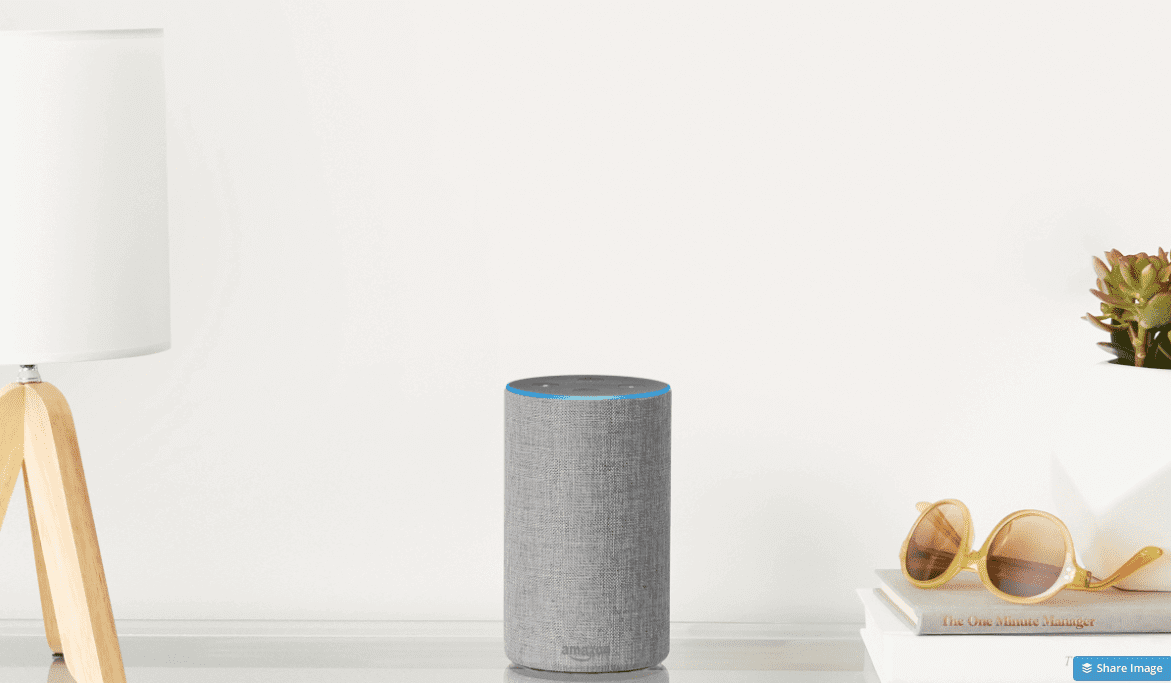 It seems that one of the most popular gifts this Christmas was Amazon’s Echo smart speaker, with the number of new devices being connected causing the voice-controlled assistant Alexa to crash across Europe.

The large number of people attempting to plug in their new smart speakers led to Amazon’s servers getting overloaded. This resulted in many users only getting the response “Sorry, I’m having trouble understanding you right now” to their questions and commands.

Amazon customers started to complain from about 10am GMT on Christmas Day that they were not able to get the desired response from Alexa – including being unable to turn on lights, play music or access recipes.

Following an influx of complaints to Amazon and across social media, the online retail giant tweeted that the issue with intermittent connections across Europe had been resolved two hours later.

A spokesperson for Amazon said: "For a short period on 25th December, we had an issue that intermittently impacted some Alexa customers’ ability to interact with the service. The Alexa service is now operating normally."

As well as showing that companies offering voice assistants like Alexa need to prepare for an influx of users on key days, it also shows the growing popularity of voice search. This means that brands need to look at how to optimize their sites for voice search in order to ensure users get the best results.

Google highlights the importance of streaming with new search design

The rise of streaming services has become a really big business, something that is now being reflected by Google’s search design. Screenshots of the search engine’s latest mobile design have shown that there is set to be a clearer focus on streaming providers when searching for relevant topics.

Google’s changes have yet to be rolled out to all users, but preliminary reports suggest that several versions of the design are being tested. However, all designs appear to feature the latest addition of an “available to stream” option.

This implies that when users search for phrases related to shows or movies, Google will display options that are available for streaming, linking through to the show or film on streaming providers.

Users will also be able to make use of additional filters in order to improve the results they receive – such as by filtering for the streaming service they have access to. Users can also manually add their preferred providers to their search settings, which is likely to feedback to the main results.

While more specific search results don’t appear to have changed much, they do appear to be a lot more user-friendly. Screenshots show more visual results that require fewer clicks to be able to watch the show. In fact, the focus is much more on getting to watch a show faster than providing information about it.

When previously searching for a film or show by title, Google would provide results that were all about informing the searcher about the movie or show. Watchable results were very rarely offered up as an option. If a user was to click through to watch the title they had searched for, more often than not they would be directed to paid-for rental options, such as Google Play.

this is what it used to look like pic.twitter.com/7Sz3IxF1zb

However, the focus on streaming now suggests that a large number of people using this type of service has altered how Google approaches search, resulting in results that are less intent on a purchase.

As the design is still in the testing phase, there’s no guarantee that the screenshots will mirror the final design. The fact that these types of search options are being explored by the search engine, though, suggests that more importance will be placed on streaming in results going forward. 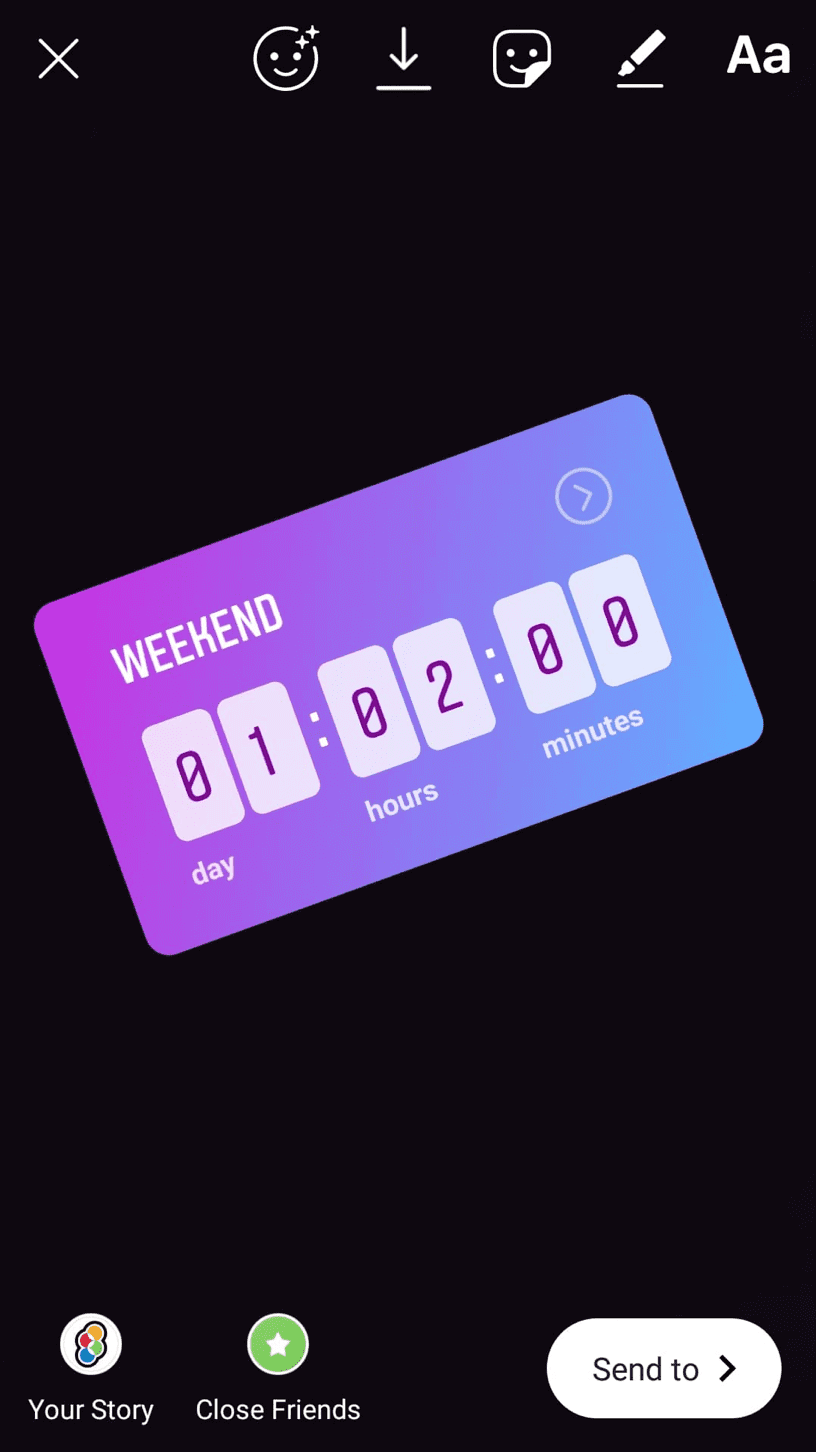 Instagram has announced new additions to its Stories features, allowing users to interact with friends and followers in different ways. The app has launched three new features within Stories, which are now available to all users.

To start with, users are now able to ask for music recommendations through a question sticker on their story. People who view their story are able to respond to the sticker with a song from the available music library.

The recommendations are viewable when the viewer’s list is opened. Alongside this will also be a button that you can tap to play the song. On top of this, users will be able to capture a photo or video to share on their Story as the recommended song plays.

This feature will be available in areas where Instagram’s music library is available.

Users who post a questions sticker can choose which one they want to answer in a Live video. This will mean a Q&A will be added to the Stories tray of those who asked questions, allowing them to join the live video and see if their question is being answered.

People are also able to ask more questions while someone is live by going back to the original story and typing another question in response to their sticker. This question will then be added to their list, ready for them to answer in Live.

The final new addition to Stories is a countdown sticker, which allows users to countdown to moments. Just as with other stickers, the countdown can be added to a photo or video. You are then able to customize the colour and the end time and date.

You’re able to reuse the sticker until the countdown ends, using your Stories to create a timeline and build excitement – something that could come in handy if you are launching a new product or making an announcement.

Viewers can then tap on the countdown to follow it in your stories or add it to their own. Those who complete either of these actions will get a notification when the countdown ends, meaning they will know to go to your Stories if you were planning on sharing something at the end of the countdown.

Facebook Messenger is testing Dark Mode in the new UI

Facebook is currently experimenting with changes to its Messenger app and seems to be responding to its users’ requests for a dark mode in order to counter the incredibly bright white design of the app.

According to Jane Manchun Wong, an expert in unpacking social media glitches, Facebook has started to test its dark mode for Messenger to cut down on the amount of blue light users are subjected to when using the app.

While the new dark mode isn’t available to all users and is only being tested in certain countries, preliminary results show that those who do have access to the test mode are able to turn it on and off in the “Me” section of the app.

As the mode is still in its testing phase, it is not available across the entire app, which means that users who are able to use it may get a shock when it reaches the limits of its implementation.

Rather than the stark white background of the usual Messenger app, dark mode offers black backgrounds, which are kinder on your eyes. The search bar and other elements of the app are still grey, but they are darker than when in its usual mode.

Although the test is still ongoing and not yet available in all locations, the available screenshots suggest that Facebook may soon be ready to roll it out to more users.

Our social media planning checklist will help you review your current approach to social media and manage your organic social media updates as well as paid social advertising in a more effective manner.