The last week has been a fairly busy one in the marketing world and there have been plenty of updates to explore. The biggest of these is arguably Google's new BERT update, which is apparently the biggest update of the last five years.

On top of this, Twitter is taking the step to ban all political advertising on the platform from November 22nd, despite Facebook deciding not to do the same.

A large portion of the money spent on Instagram influencer campaigns is reportedly being wasted as posts continue to reach fake accounts.

Google is being sued by an Australian regulator over claims it misled smartphone users over how their location was being used.

Finally, Facebook has updated its video ad metrics to make it easy to find the metrics you need to assess the performance of your campaigns.

We cover all of these stories in detail below. 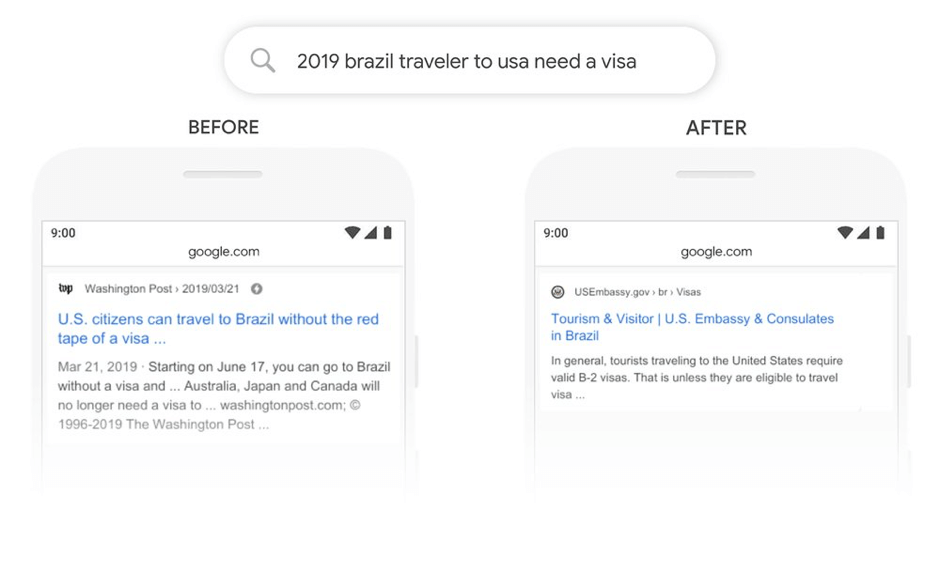 The most important Google update in five years

The update impacts around 10% of all search queries, meaning all sites are likely to be impacted by it. According to Google, the update is set to affect search queries that are more complicated and depend on context.

Google said: “These improvements are orientated around improving language and understanding, particularly for more natural/conversational queries, as BERT is able to help Search better understand the nuance and context of words in Searches and better match those queries with helpful results.

“Particularly for longer, more conversational queries, or searchers where prepositions like “for” and “to” matter a lot to the meaning, Search will be able to understand the context of the words in your query, you can search in a way that feels natural for you.”

Despite the update being so important, many SEOs and tracking tools didn’t spot the big changes to Google search results that usually herald a large algorithm update. This is likely due to the fact that the update is set to affect longer search queries, whereas tracking tools tend to keep an eye on shorter queries.

As the update is all about providing contextual results for conversational queries, you need to ensure that this is taken into account across your content. Answering questions that real people will ask and providing context will likely see you benefit from BERT.

Of course, this focus on longtail search terms isn’t anything new. Longer search queries have been a growing trend and will likely become even more common due to voice search. However, natural language and context within your content will help following this big update. 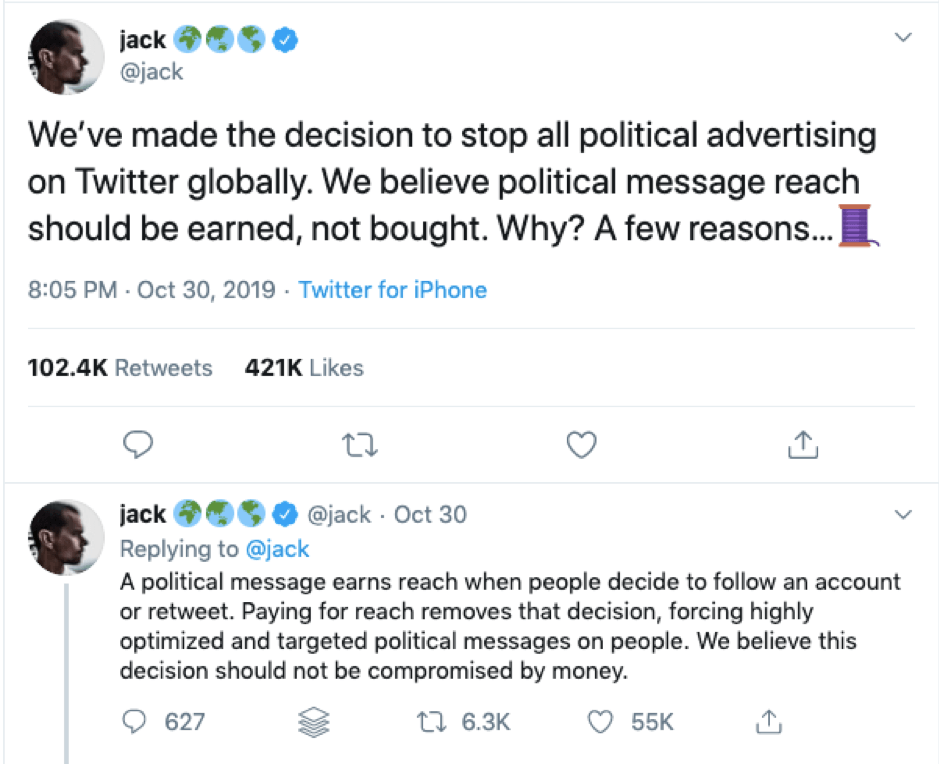 Twitter has announced that it will be banning political adverts on the platform from November 22nd.

The announcement was made by Twitter’s chief executive officer Jack Dorsey in a tweet thread, saying: “A political message earns reach when people decide to follow an account or retweet. Paying for reach removes that decision, forcing highly optimized and targeted political messages on people. We believe this decision should not be compromised by money.”

According to Mr Dorsey, target social media advertising can pose risks to politics as it can be used to influence decisions that could ultimately affect millions of people. An example of this was during the 2016 US Presidential campaign, which saw groups using ad targeting and social media platform data to deliver messaging that influenced voter segments.

However, he has come under fire for these statements, with Facebook employees writing a letter to him to say that the political advertising policies in place are a threat to what Facebook stands for. His stance has also resulted in responses from politicians, such as Presidential candidate Elizabeth Warren, who has been running false ads on Facebook to show that the policies allow politicians to promote lies on the platform.

Mr Dorset said of Twitter’s decision: “This isn’t about free expression. This is about paying for reach. And paying to increase the reach of political speech has significant ramifications that today’s democratic infrastructure may not be prepared to handle. It’s worth stepping back in order to address.”

Snapchat is aiming to better integrate with publishers by giving the option for sites to add a ‘share to Snapchat’ button. The button can be added to both desktop and mobile sites, allowing readers to share articles they find interesting to the platform.

Pink News is trialling the button in the UK while Buzzfeed and Vice in the US are testing it out.

The move will make it much easier for Snapchat users to share content they find interesting and help to remove some steps in order to allow them to share articles with friends and followers. Before the button, people would have to take a screenshot of the page they wanted to share and upload it to the platform. This button provides more freedom to share content.

For mobile viewers, the ‘share to Snapchat’ button will deep link the page into the app with its headline and featured image. Users will then be able to add URLs, gifs, stickers, etc. to the image.

If someone wants to share a page from desktop, once they press the button a new window will open. On this will a Snapcode with the headline of the article and the website name. They will then be able to use the app to scan the code and share the link via the platform.

Not only does this move bring Snapchat in line with other social media platforms like Facebook and Twitter, it could also encourage future partnerships with publishers, which would be highly beneficial for the platform. 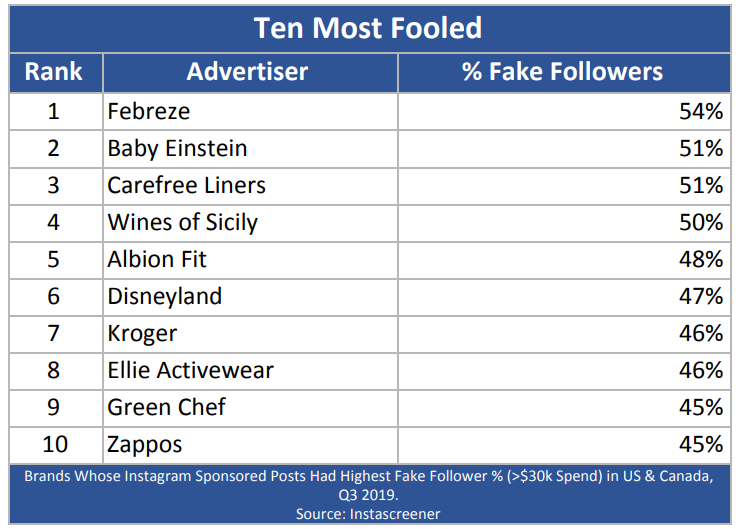 Influencer marketing can get results when done right, which is likely why advertisers have increased spending on influencer campaigns. Unfortunately, many of these campaigns may not have achieved the ROI they were hoping for.

According to new figures from Instascreener, around $65 million has been wasted by reaching fake followers, with a number of big brands like Disney and P&G spending big on campaigns that are reaching false accounts.

Intascreener’s figures show that in the third quarter of the year, advertisers in North America spent around $478 million on influencer marketing. The vast majority of this ($340 million) went toward campaigns on Instagram, however, of this spend, $65 million only reached fake accounts.

Although Instagram is undertaking work to autodetect fake accounts, this is still proving to be a problem. However, the measures are slowly having an effect, with the engagement rates of influencers with the least authentic audiences dropping to 1.0% from 1.7% in May.

Australian regulator sues Google over use of location data

The Australian Competition and Consumer Commission (ACCC) has filed a lawsuit against Google, claiming that the Alphabet-owned company misled smartphone users about how it collected and used personal location data from smartphone users.

According to the ACCC, Google failed to inform smartphone users that their location data would still be collated even after the permissions had been disabled in their phones’ settings.

On top of this, the lawsuit challenges that Google also misled users with on-screen communications that told them their location data was only going to be used for services like Google Maps. The ACCC claims that Google didn’t inform people that the data was actually being used to personalize advertising, gather user demographic information, measure the performance of advertising and was being relayed to third parties as statistics.

The ACCC chairman Rod Sims said: We are taking court action against Google because we allege that as a result of these on-screen representations Google has collected, kept and used highly sensitive and valuable personal information about consumers’ location without making them an informed choice.

“This is a world-first case. This action – in relation to misrepresentations in relation to the data Google collects, keeps and uses – has never been taken before.” 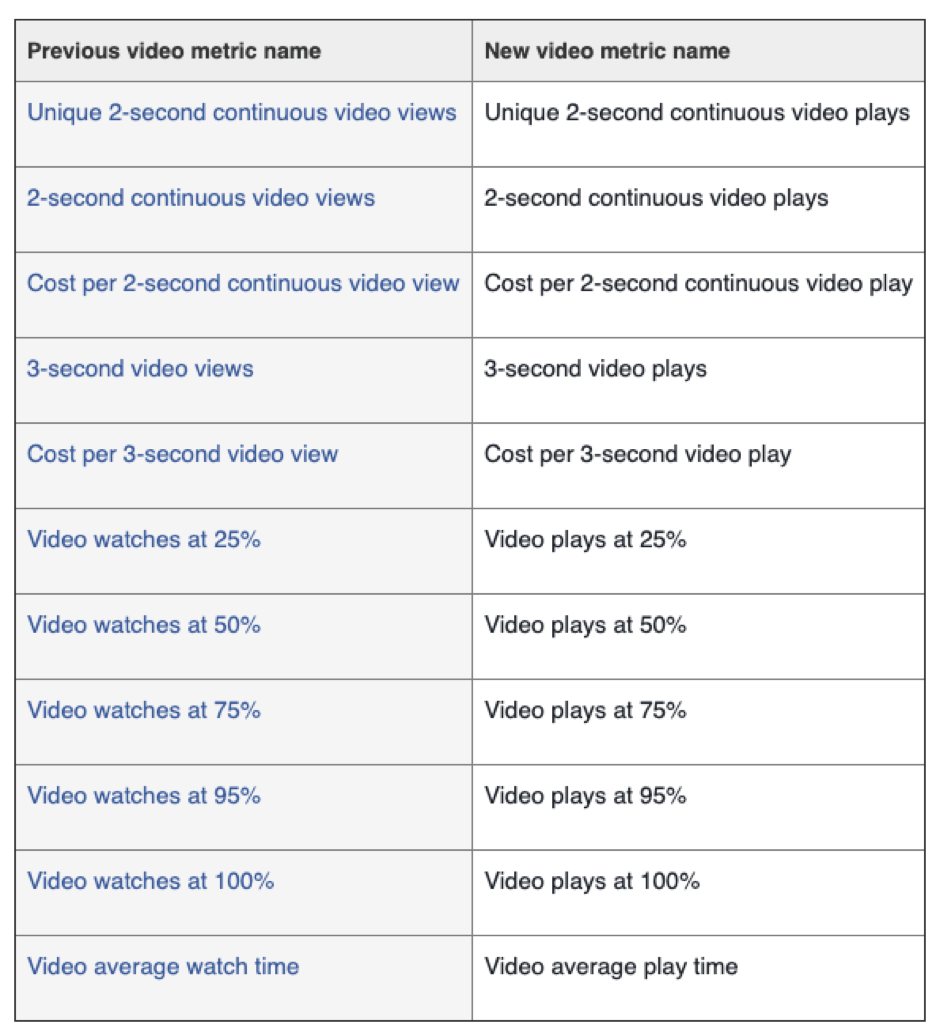 Facebook is updating its video view metrics this month in a bid to improve the metrics on offer and provide actionable insights. These updates started rolling out on October 29th and will affect accounts over the next few weeks.

Our free cheatsheet will help all Smart Insights' members to keep track of latest paid media options, to make sure you don't miss out on any of the latest developments and best spending options.

The platform is also renaming several of its video metrics to make them clearer and more consistent, as well as help advertisers better understand their ad performance. According to Facebook, the only thing changing about these metrics are their names and there won’t be any changes to how the metrics are calculated.