This week has seen Twitter launch it's new design for desktop users, with the jury still being out on how it is being received.

Amazon is set to face a probe to see if it is using third-party seller data unfairly.

The UK government has announced that it will push ahead with a plan to tax tech giants more going forward.

Facebook has responded to a lawsuit by introducing a new tool for reporting scam ads in the UK.

Get more detail on all of these news stories below in our latest news roundup. 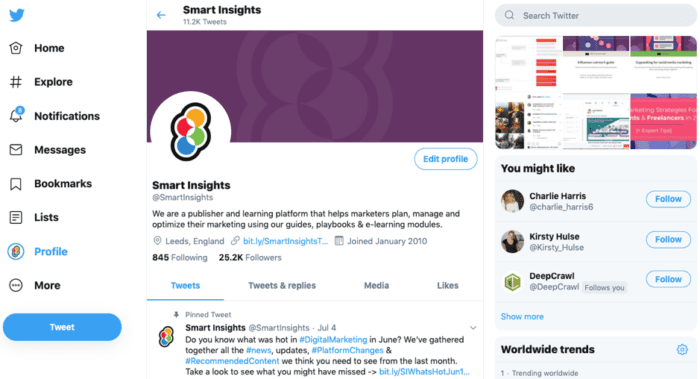 Twitter has updated the look of its primary desktop website in a bid to improve personalization and create a more streamlined user experience. This is the first time in seven years that the platform has updated its website and comes as a result of Twitter waning to create more cohesion between the experience it offers on other devices.

The update is hoping to make using Twitter more fun by improving how easy it is to find, read and send tweets. As well as a cleaner design, the update sees the Explore tool hitting the desktop version of the site, with the popular tool only being available previously via the platform’s apps. 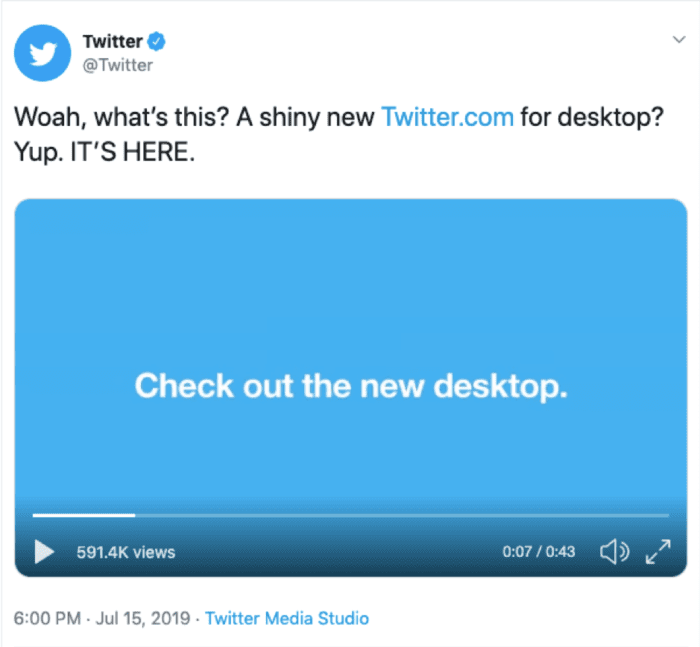 On top of this change, direct messages are now in one place and it is easier to switch between accounts thanks to an improved login interface. You can also personalize Twitter by choosing different themes.

In a blog post, Twitter said: “Today is a big step as we continue building Twitter to best serve the people who use it every day. This update also gives us a much stronger foundation to build on so we can continue to bring you updated features faster than before.”

Amazon is facing an investigation by the EU Competition Commission to ascertain whether the e-commerce platform is using sales data from independent retailers to further its own business. The antitrust probe is set to look at the standard agreements between Marketplace sellers and Amazon to see whether Amazon is using it to its own advantage in an unfair way.

In addition to this, the investigation will look at what data the company uses to choose the retailers that appear in the ‘Buy Box’ section of the Amazon site. This news follows on from Amazon announcing that it is making changes to its third-party seller agreement, which was in response to another investigation by German regulators.

“We need to ensure that large online platforms don’t eliminate these benefits through anti-competitive behaviour. I have therefore decided to take a very close look at Amazon’s business practices and its dual role as marketplace and retailer, to assess its compliance with EU competition rules.”

If Amazon’s conduct is found to be anti-competition, it could face fines. So far, Amazon has avoided any fines from EU regulators. The platform has responded to the investigation announcement by saying that it will “fully cooperate” with the probe.

The UK government has responded to the pressure it has been put under due to the apparent low levels of tax being paid by large tech companies in the country. It is set to start work on its plans to tax “large digital businesses” more.

Outlined by Philip Hammond, the UK’s chancellor of the exchequer, the plans will see businesses that generate over £500 million in global revenue and over £25 million in UK revenue taxed a 2% fee.

Small businesses and those who are losing money will not be eligible to pay the higher tax rate, which means they will be protected from financial losses. Streaming services like Netflix and those who publish or broadcast media will also be exempt from the tax.

This news follows the initial mention of the tax back in October, which came as it was suggested that large tech companies weren’t paying enough UK tax compared to businesses based in the UK. These new tax plans will even the payments more.

However, France recently announced similar tax plans, which prompted hostility from the US. Donald Trump has now ordered an investigation into France’s tax and there have been threats to impose tariffs and trade restrictions on France if the tax goes ahead.

Facebook is making it easier for users to report scam ads on the platform and has invested in a team to deal with the growing issue.

The move comes after the social media platform reached an out of court settlement with Martin Lewis, the founder of Money Saving Expert, who filed a defamation lawsuit against it. Mr Lewis pursued the lawsuit as part of a campaign to stop scammers using his image in online advertisements.

As a result, Facebook is now allowing UK users to report ads that they think could be scams. It has added the option to its other ad tools, which users can reach by clicking the three dots that appear in the top right corner of all ads on the platform. Users can then choose to report the ad as ‘misleading or scam’ and send a scam report.

The report will be sent to the new team, which will investigate it and remove any ads that are deemed to be scams. This team will also be responsible for investigating any possible scam trends in order to help with enforcement. Both the tool and the team are only available in the UK and are a response to the lawsuit.

On top of this, Facebook has donated £3 million to Citizen Advice. This money will help deliver a new scam action project in the UK, allowing Citizens Advice to increase awareness around online scams and take on prevention work.

Steve Hatch, Facebook’s vice president for northern Europe, said: “Scam ads are an industry-wide problem caused by criminals ad have no place on Facebook. Through our work with Martin Lewis, we’re taking a market-leading position and our new reporting tool and dedicated team are important steps to stop the misuse of our platform.” 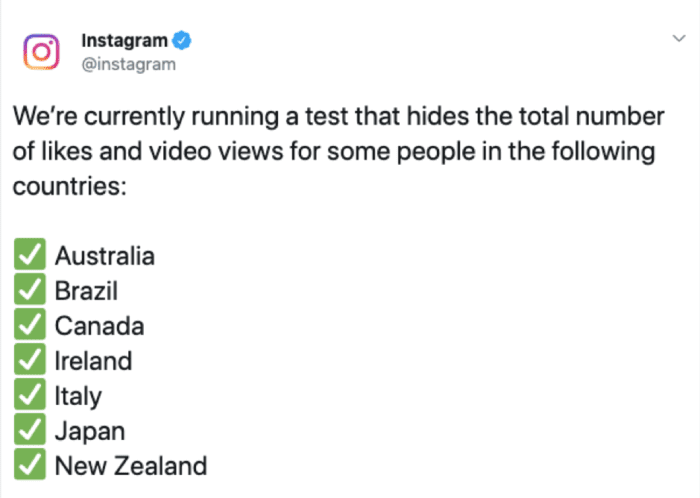 Instagram is now testing the removal of like and video view counts on users posts to see if it will improve their experience. The test was originally launched in Canada but was rolled out to Australia, Brazil, Ireland, Italy, Japan and New Zealand this week.

The removal of the like count means that users now see a “Liked by…” message under images, rather an a numerical figure of how many people have liked that post. However, individual users can still see their like counts, they just aren’t displayed to other users.

This decision was part of Instagram’s new broader focus on the wellbeing of its users. This follows on from Adam Mosseri, head of Instagram, saying in a CBS interview: “We don’t want Instagram to be such a competition. We want it to be a place where people spend more of their energy connecting with people that they love and the things they care about.”

It is not yet clear whether the test will be rolled out further or become a permanent fixture.