Following the excitement of Google's updates last month and several changes to social media platforms, the start of July seems to have been fairly quiet. It seems the marketing world is taking the beginning of this month at a slower pace, which is reflected in the big news stories of the week.

This week comes the news that Facebook is scrapping some of the Pages info sections on August 1st, so you need to get these updated.

A UK government agency is launching an investigation into the possible harm that digital advertisers could be doing to consumers, which could have huge implications for platforms like Facebook and Google.

Twitter has added some more context to search results in a bid to make it easier to find accounts and trends that are relevant.

Finally, UK MPs are calling for digital political campaigning to be brought electoral law sooner rather than later.

Find out more about all of these stories with our news roundup. 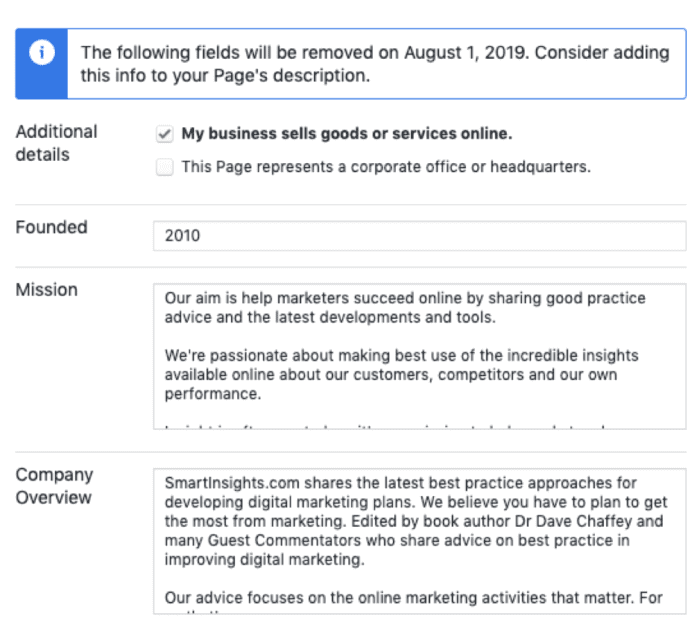 Facebook is set to update business pages with a number of Page information sections being removed from next month. The social media platform is now prompting Page admins to move the sections due for removal to other sections in order to keep the information.

The sections that will be removed from Page information on August 1st include:

In order to avoid losing the information shown in these sections, Pages should look at how to integrate it into the sections that will remain, in order to provide as much relevant information for followers as possible.

Facebook hasn’t announced the change, so it has not given a reason for the decision, although it could be that these sections are not seen by many platform users. While the information may not be relevant, it could impact how the platform categorizes pages and makes recommendations, as Page information will now contain less insight.

An investigation has been launched by the UK government’s Competition and Markets Authority (CMA) to look at the digital advertising dominance of large tech firms.

The CMA will be looking at online platforms like Facebook and Google to assess which have market power and the impact that this could have on consumers. It will also look at how consumer data is used in the market.

Ultimately, the investigation could have a big impact for the main players being looked at, as well as for adtech companies.

In a statement, the CMA said: “We are assessing three broad potential sources of harm to consumers in connection with the market for digital advertising.” This includes:

This investigation is part of the UK government's wider digital marketing strategy and follows on for more regulation to be brought into the digital space. Previously, the CMA announced that it would be reviewing the digital ad industry after an “orderly exit from the EU”, but it looks to have been brought forward.

As part of the probe, the CMA is inviting comments by July 30th from interested parties, which can include advertisers, online platforms, intermediaries within the ad tech stack publishers, consumer groups, representative professional bodies and government. 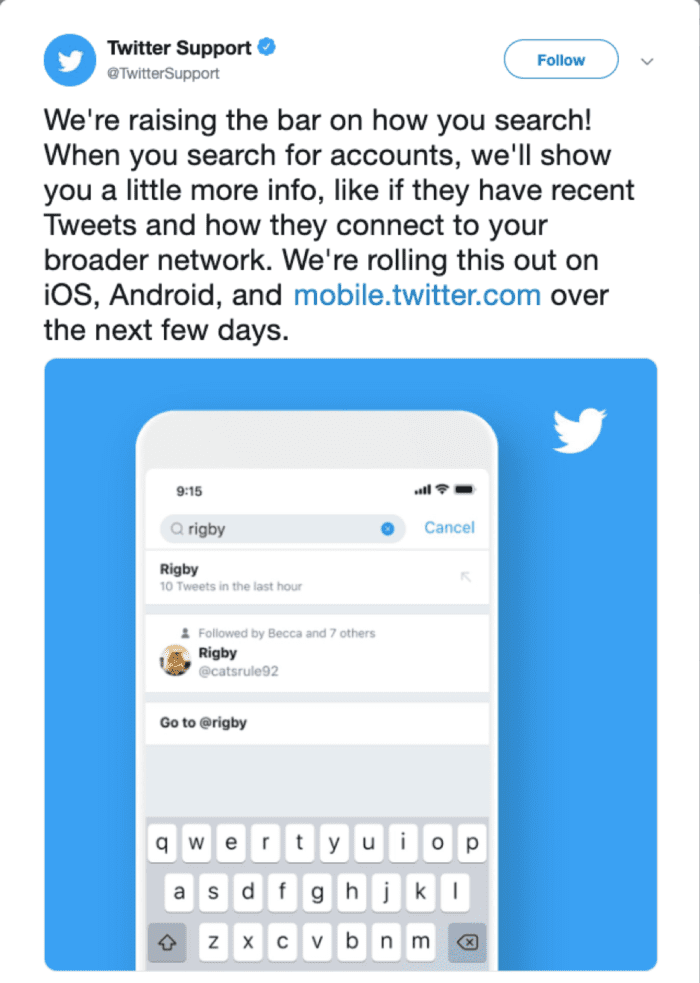 Twitter has updated its search function so that it offers more context within the results. The update is being rolled out to all mobile platforms, with results now offering information on trends, mutual follows and recent tweets when searching for users.

The update is aimed at better guiding users to the results they’re looking for. It will also help users make a quick decision on whether an account is worth following rather than needing to scroll through the account's profile.

On top of the information being provided for user searches, Twitter is also looking to highlight current trends in a bid to get people involved with real-time discussions. This update takes into account users’ interests and habits in order to deliver relevant trends.

While this update isn’t a huge change, it could have an impact on brand accounts, so it is worth bearing in mind.

Despite fears over a lack of transparency in terms of political ads online and the issue of foreign funding, it is thought that legislation will not be put into place until after the Scottish Parliament vote in May 2021.

According to the digital, culture, media and sport (DCMS) committee, an election or referendum could take place before this, meaning a reform is needed much quicker than initially thought.

The committee said in a statement: “The government cannot work on the basis of elections not taking place before 2021. Were an election or referendum to take place later this year, campaigns would be fought using electoral law that is wholly inadequate for the digital age. As a result, we believe that urgent legislation should be brought forward at once to bring electoral law in line with digital campaigning techniques.”

This latest call from MPs comes after the DCMS was critical of the government for ignoring recommendations it previously made, especially its suggestion that tighter regulation was needed when it comes to digital ad spend on political campaigns.

Joanna Carter was a Digital Marketing Executive and the Blog Editor at Smart Insights, overseeing all blog content, social media and SEO strategies. She is now the Content Manager for Bluespot Furniture. As well as having an MA in Professional Writing, she has over 10 years of marketing and content writing experience, working across B2B and B2C industries. When not working, you can find her creating new recipes, wild swimming or writing her lifestyle blog. Follow her on Twitter or connect with her on LinkedIn.

How to use a domain name in your digital marketing strategy

Having a domain name that stands out in your communication can help make your message more effective Marketing is not what it used to be. The Internet has radically transformed how we conduct and promote our business. Today, with digital …..

Five practical steps to improve your video SEO and align objectives with strategy and tactics Video is becoming an increasingly important element in the modern content marketer’s toolkit. When we consider that YouTube alone is the world’s second largest search …..