The big news this week is the rollout of Google's latest core algorithm update, which started on June 3rd and (as of today) is still ongoing. We've taken a look at what the industry knows about the effects so far.

In good news for brands who work with influencers, Instagram is making it easier than ever to use their content. The social media platform has announced a new tool that could benefit both influencers and brands.

A new report has suggested that ad fraud could result in costs of up to $30 billion this year, which will likely be put on the shoulders of smaller companies.

The ASA has announced that eight well-known food brands had ads banned from Google after they were shown alongside content aimed at children. The ads featured junk food and so broke ASA's strict rules.

Google is reportedly about to face an investigation by the US Department of Justice to see if the company broke antitrust law.

Find out more about these news stories in our latest roundup.

Earlier this month, Google announced that June 3rd would see it begin rolling out its latest algorithm update. The June 2019 core update looks as though it is still rolling out today (Friday, June 7th), suggesting that this is going to be a big one.

While Google is constantly updating its algorithms and tweaking its service, core updates are a lot more noticeable, which is why Google confirms. This update seems no different with many members of the SEO community reporting changes to rankings – both good and bad.

According to Johannes Beus from Sistrex, it looks as though "the field of affected domains seems to be wider in this Google Core update than in previous updates." The SEO toolset provider also noted that in the daily Visibility Index of the Toolbox, the update has resulted in very noticeable changes.

Rank Ranger posted a summary on Twitter of how different niches have so far been affected by the update, although it will be running the numbers again next week to assess the overall effects once the rollout is complete.

In terms of niches that have seen big effects from the update, gambling, finance and health have all been hit quite hard. However, Rank Ranger said that while a number of sites saw fluctuations in their rankings, results pages don’t seem to have moved huge numbers of positions.

However, it won’t be clear what the impact is until the rollout is complete, which Gary Illyes from Google said could be from anywhere between a day and a couple of weeks. It, therefore, looks like search marketers could have a turbulent month ahead of them.

Once things have calmed down, it is then that you should take a deeper look at your analytics to see if you have been affected. While Google rarely provides advice on how to recover from a negative impact, ensuring you follow SEO best practices will help to improve your rankings once again. 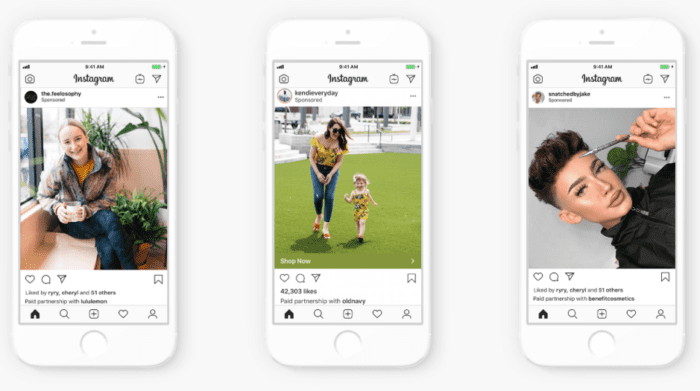 Influencer marketing is an effective option for brands, especially when it comes to Instagram. The photo-sharing platform is the ideal choice for influencers looking to form brand partnerships, helping to raise awareness, improve engagement and influence sales.

Instagram is now making it even easier for brands to utilize influencer-created content with its new branded content option. Launched on Tuesday (June 4th), the Paid Partnership tool will allow brands to promote organic branded content posts from influencers as ads within the platform’s feed.

In a blog post, Instagram said that 68% of people say they use the platform to interact with creators. This new tool enables brands to tell their stories through the posts of creators, allowing them to reach new audiences and measure impact.

Brands will be able to turn creators’ posts into ads using the tools available on the Facebook ads platform, allowing them to reach targeted audiences, not just those who follow the brand or the influencer. When the ads are shown to people in their feed, the posts will show "Paid partnership with" alongside the brand's name.

Liat Weingarten, vice president of brand communications at Old Navy said: “We’ve long seen that customers want to discover fashion through trusted sources who have credibility, but organic reach on that content has become increasingly limited. So we’re consistently looking for more sophisticated ways like Branded Content ads to serve partner content to the right shoppers, instead of just throwing it into the social ether. 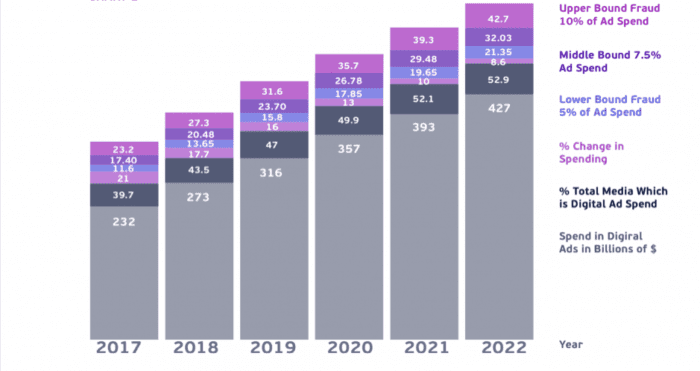 A new report has suggested that the cost of ad fraud could reach as high as $30 billion this year, including social and indirect economic costs. Direct costs to advertisers could hit £23 billion. According to cybersecurity company Cheq’s ‘The Economic Cost of Bad Actors on the Internet, Ad Fraud 2019’ report, the increase in digital advertising is likely to result in ad fraud damage to both advertisers and consumers.

This year, market spend on digital ads is expected to reach $316 billion, making it a big draw for fraudsters. Around 30% of advertising is unseen by consumers, estimates the World Federation of Advertisers, meaning around 21 trillion online adverts are affected each year.

“The scale of fraud we found is jaw-dropping,” said Anthony Hitchings, the digital advertising operations director at the Financial Times. “The industry continues to waste marketing budgets on what is essentially organized crime.”

While the lack of regulation is one reason for the rise in digital ad fraud, complexity is one of the biggest causes. According to Cheq, advertisers can deal with as many as 20 or more regulated parties, all of whom have their own interests, which will not be aligned. There are also around 20,000 requests made to fraud prevention solutions in advertising every second.

The report predicts that the amount of ad fraud taking place and the cost associated with it is only going to grow. According to Cheq, the direct cost to advertisers could be as high as $26 billion next year, while this could increase to $32 billion in 2022. The worst part of this is that the costs associated with ad fraud tend to affect small companies, as they do not have the resources to avoid fraud.

Cheq’s report said: “Our experience suggests that higher-end campaigns through well-known, reputable advertisers are subject to a 5% fraud rate. Lower-end campaigns experience a much higher rate of ad fraud, potentially up to 50%.”

A number of brands have had ads banned after it was found their advertisements for junk food were showing for children on YouTube. Asda, McDonald’s and KFC are among the eight brands who were found to have been breaking rules by showing junk food content to a young audience.

The ads were discovered during an investigation by the Advertising Standards Authority (ASA), which used the watchdog’s new avatar technology to see what ads are being served to children. Other brands affected include KP snacks, Marks & Spencer, Pringles and Kellog’s, all of which promoted food or drinks that were high in fat, salt or sugar (HFSS).

In two weeks before Christmas 2018, the ASA captured information on digital ads across 87 YouTube channels and 210 websites. In total, there were 41,030 adverts served to the ASA’s child avatars, of these, 2.3% were for HFSS products. While the ASA said that brands were generally sticking to the rules regarding food ads targeted at those under the age of 16, there was a “problem” on YouTube.

The problematic ads we found were relatively few in number, compared to the total served, but we’ll take action in respect of any ad for high fat, salt or sugar food and soft drinks that is found to be direct inappropriately at children. We’ll be following up with similar compliance sweeps in the future.”

The US Department of Justice (DOA) is reportedly getting ready to investigate whether Google broke antitrust law. A number of media reports have suggested that the DOJ has been preparing to launch its investigations into Google’s online businesses, with a focus on Google’s search business.

This year has already seen Google face a similar investigation in Europe, with EU regulators fining the online giant £1.28 billion following antitrust violations. The fine was levied due to Google’s AdSense service after EU regulators found that the terms companies were forced to abide by were unfair. This was the third fine Google had to pay the EU commission in two years.

This new move against Google could be a sign that tech businesses are going to be facing a lot more scrutiny, as calls are continuously made for more transparency.