Campaign of the Week: How Spotify showed the power of data analytics in their marketing campaign

Campaign of the Week: Spotify use their data analytics in a risky but elegant marketing campaign

When it comes to data analytics and marketing campaigns, you don't often find common ground within the B2C arena. I myself have what could be described as an unhealthy fascination with data analytics. We won't go into that now though, instead let's talk about how Spotify made it cool with not just millennials, but everyone. Their "2018 Goals" campaign was the perfect way to sign off an impressive 2017.

Learn about the 10 megatrends that have already helped leading companies future-proof their strategies by ensuring all aspects of marketing are integrated. 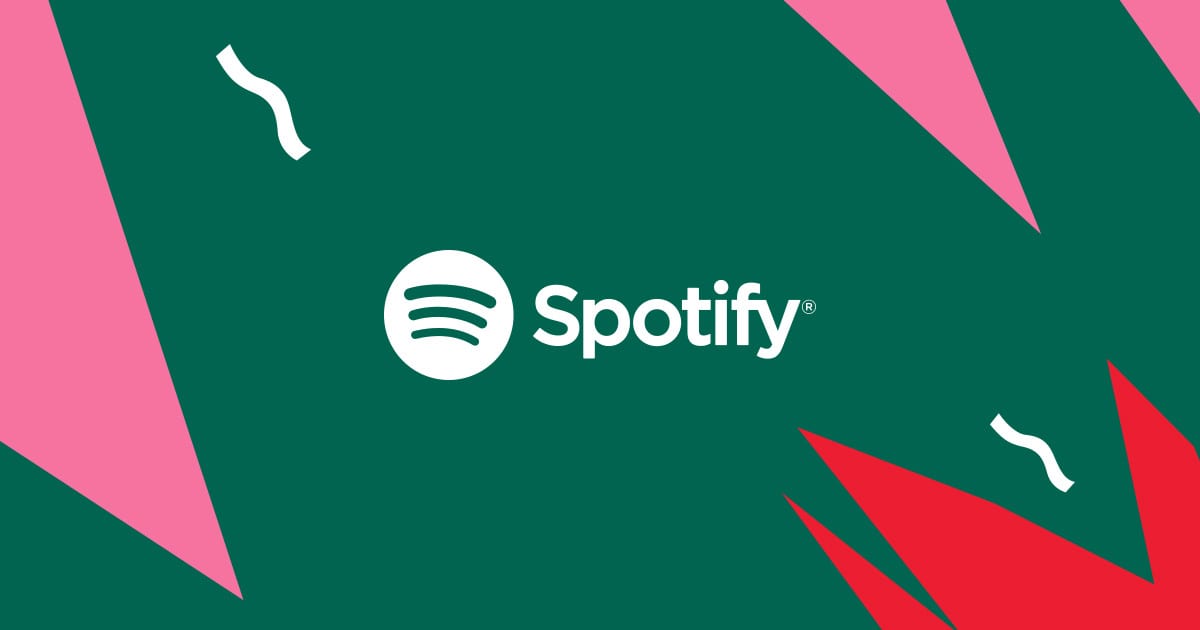 Spotify experienced an impressive 2017 with the brand starting to hit a sharper growth curve than any years prior. This meant that they saw 40% growth in revenues and clawed back some of the losses they had been facing in their previous years. For those here that may not have known this but Spotify doesn't make any money, at all. It generates huge amounts of money but it is lost to record companies and other costs... but mainly record companies.

Spotify needed to keep the trend moving in the way it was so that it could overcome its previous scaling problem. This meant that they decided to bank on a year close campaign that would go a long way in bringing their brand to the physical world. 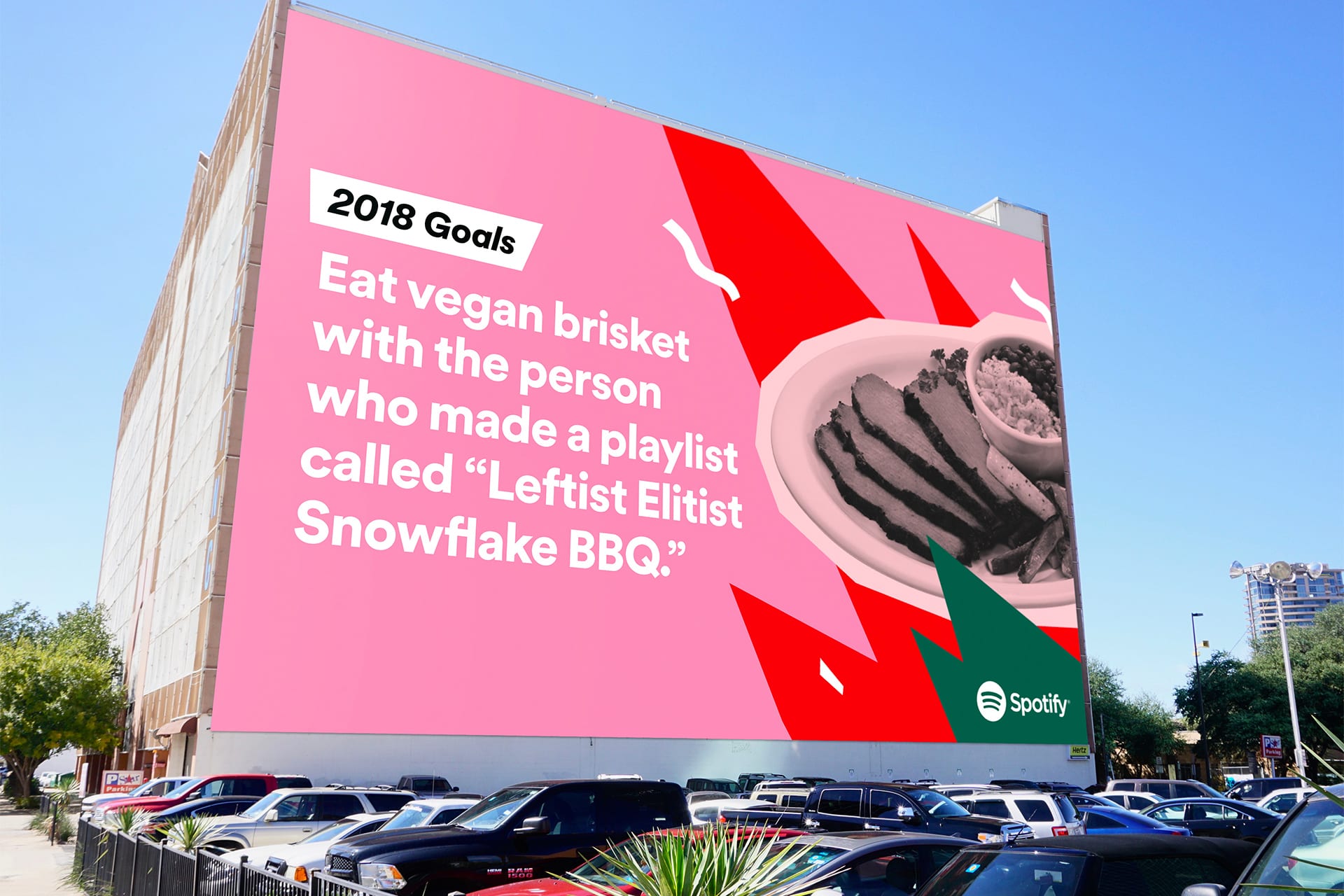 The "2018 Goals" campaign was conceived, created and executed, entirely in-house. This isn't usual for companies to do and as costs needed to be kept down, it was prudent business. The campaign was focussed around anonymously releasing their user data in a comedic fashion. Billboards and poster were the platform and spotify took to the streets to out their users weird and wonderful habits, but in an jesting anonymous way. 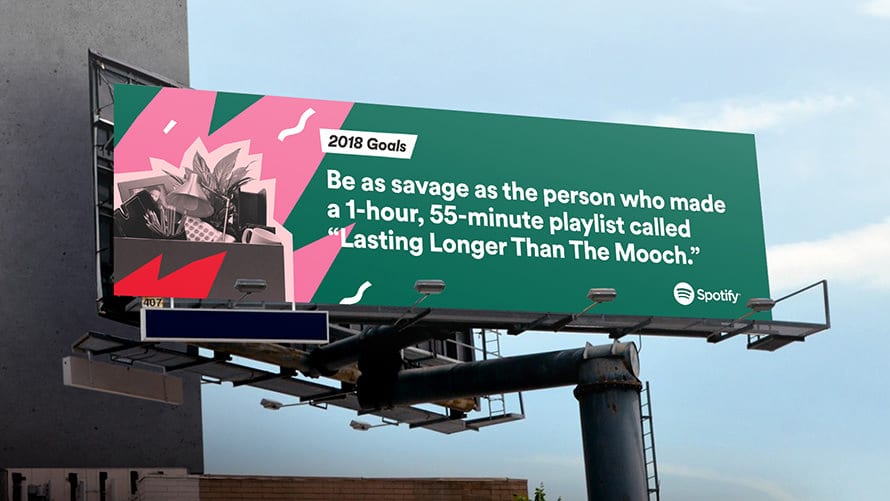 The posters contained 2018 goals for their users, but based around the perceived thought processes of specific (but anonymous) users. Things like this are a brilliant way to show a B2C consumer you have a sense of humour and are personable as a company. This kind of personable image has been done a lot on social media by companies, but less often in this format. 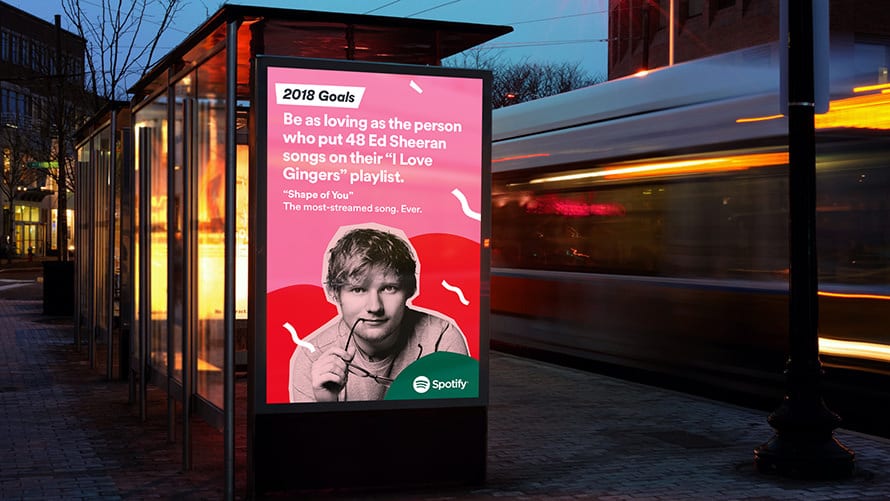 The statements were coupled with quotes alongside famous music artists like Ed Sheeran, Kendrick Lemar and Adele. The backdrops were vibrant pink, red and green so they stood out from anything else around. It was a great way to give people something to smile about and in the age of social media, it was extremely shareable. 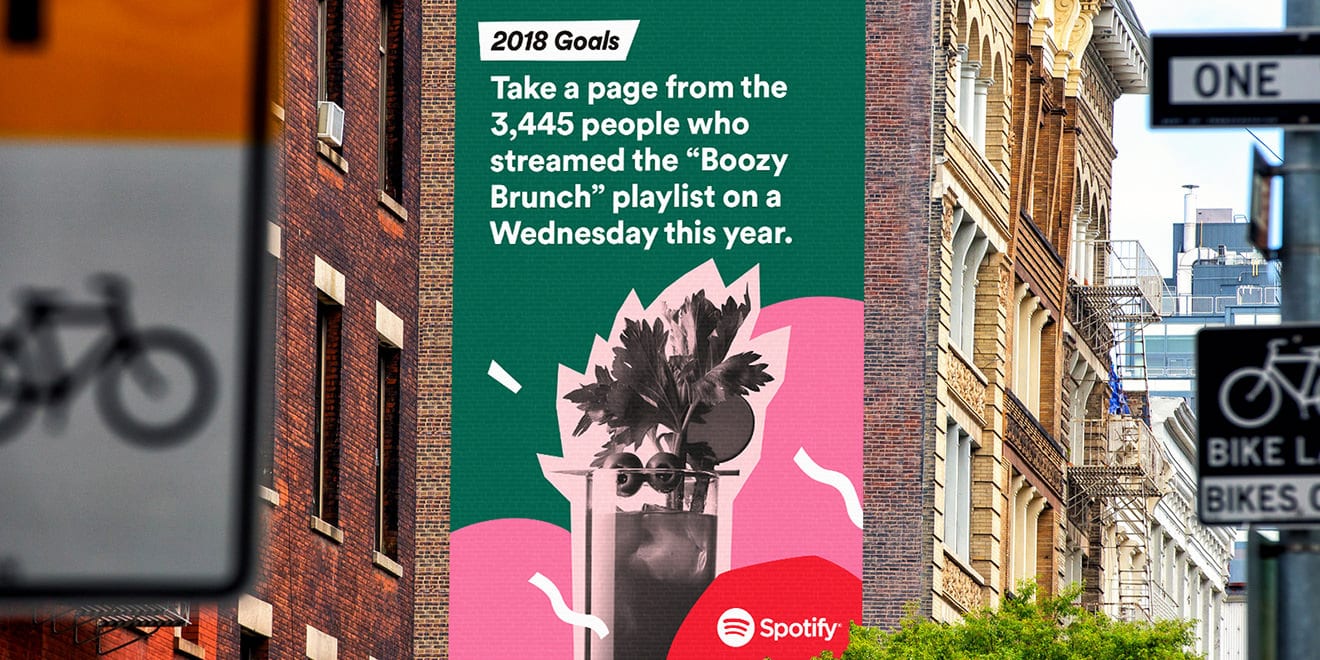 The campaign was not just done in English speaking countries and because of this it allowed Spotify to add another dimension. They localized their ads and that took the personalization to another level. It brought the consumer closer to the brand by showing that can appreciate their users geographically. 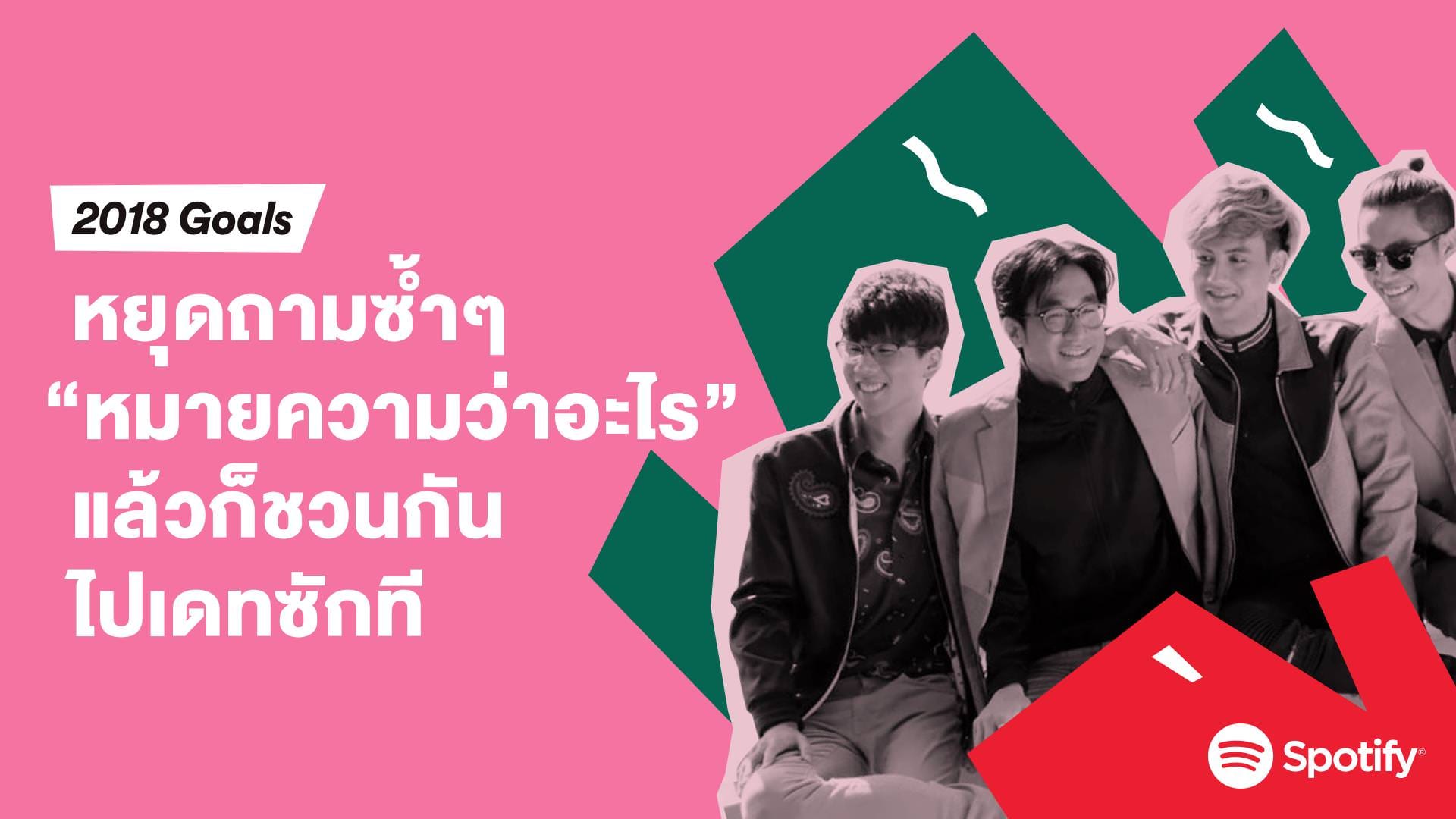 In the middle of all of this, Spotify had to use it as a draw in for potential new customers. The way in which they did this was an offer 0.99$ for your first 3 months on their premium services which has no Ads and a larger collection of music. This was a brilliant way to gain new customers as that was a significant saving of 90% when push comes to shove. Not only is this company one of the largest streaming services in the world, but they're funny and generous..."Take my 3$!!!"

The campaign was a huge success with Spotify bringing the brand out of the digital space and in to the physical. Their revenue tripled in Q1 of this year with Q2 seeing them list themselves on the New York Stock Exchange (NYSE). This was a good move as their stocks have seen a considerable rise since April when they joined. 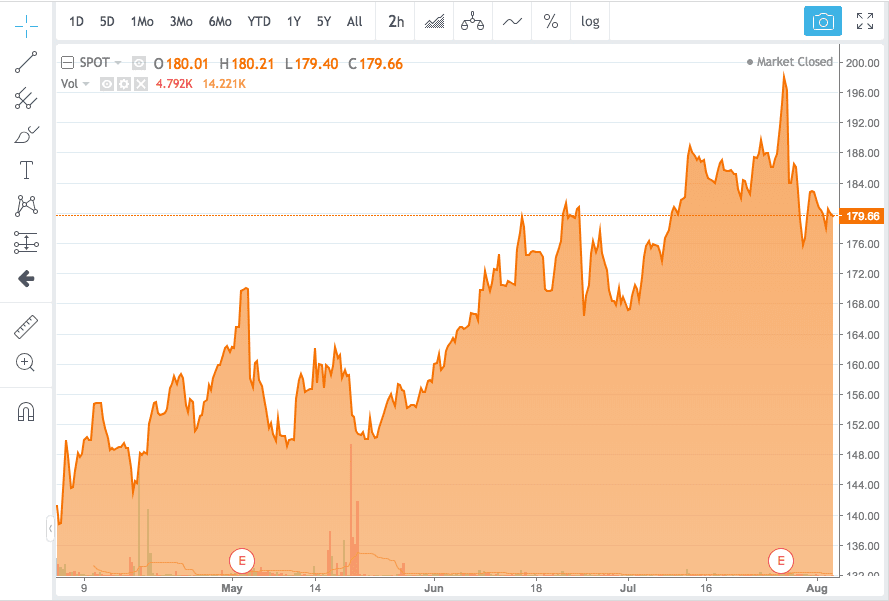 They also saw a rise in subscribers and beat their ow expectations as they sit at 83 million premium members now. This is actually a lot less than Apple Music, which has 25 million premium members in the US alone. They won't be surprised by those figures as Apple has far more operating revenue and also connectivity to itunes/iphones is another key factor. 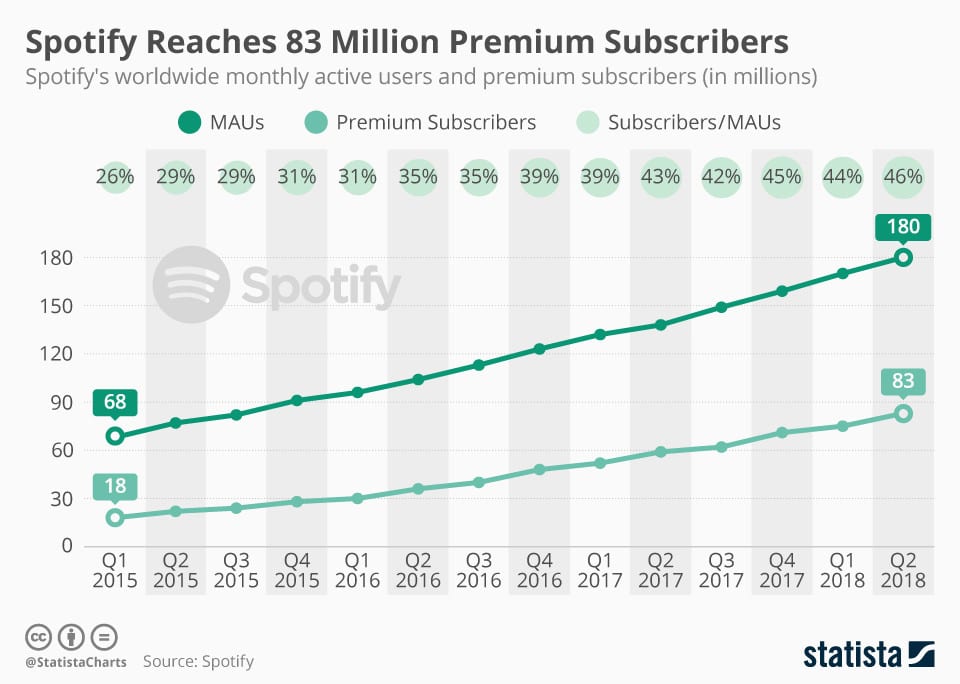 I think that Spotify may have already hit their own 2018 goal as the year has been extremely successful. They have certainly raised their brand awareness and with that, shown themselves to be an attractive company for people to be associated with. Spotify had already completed the most important task in this campaign by making sure they had a good product.

In this campaign, they showed the power of understanding user data and using it in the right way (Facebook ?). Attention to data is key to a music streaming service performing well but it is hard to promote a subject like this in an enticing manner. This is funny but underneath the humour, it is a great way to show how they can use data to understand the minds of their users.

The algorithm they use for personalizing music suggestions is far better than Apple's or any other service. It has market a place for all ages and likes, as well as diversified content with their podcasts and meditation tracks. This campaign gave Spotify a personality to go with their personalised product and it is certainly paying off. 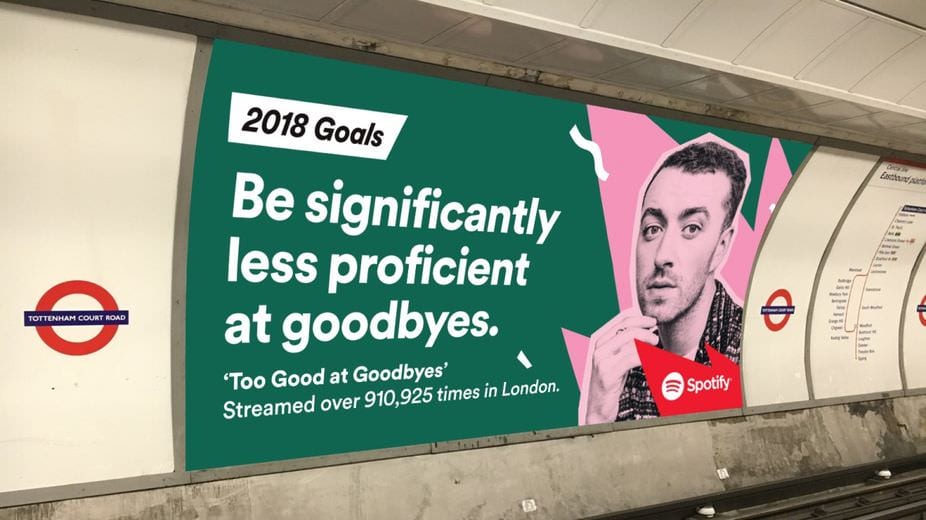