How do thought leaders & influencers use hashtags?

How Do Thought Leaders & Social Media Influencers Use Hashtags On Twitter?

Last week I published a seemingly controversial article and infographic about how hashtags have become almost worthless for businesses. I found that many generic hashtags like #Marketing or #SocialMedia were magnets for bots or spammers. What I did not expect was such a fevered pushback from some of commenters and readers. They felt I took to harsh of a stand on hashtags and that they were still the best thing since sliced bread. And there were a lot of people who believed that.

Since so many people thought that hashtags were still relevant in business, I decided to take a look at how thought leaders and influencers are using them. For this sample I selected 30 thought leaders analyzed 15k of their most recent tweets. To keep the sample diverse people like Ryan Hooverr from Product Hunt, Rand Fishkin from Moz and even Dharmesh Shah from HubSpot were included. Plus we also looked at brands like Wired, Y Combinator and Digital Trends.

After just a fast review of the numbers, I saw that something was amiss. In fact, I quickly found that the days were numbered for hashtags in their current form. With some of the best people on Twitter even using them poorly or in reality not at all.

How Do Influencers Use Hashtags?

As you saw above I pulled tweets from 30 different thought leaders in the tech, innovation and marketing world. This left us with a total of 15k tweets over the last month to analyze. And after a cursory glance at the numbers, we found that the usage of hashtags was paltry.

Out of the sample of 15k tweets there were only around 1.9k that used hashtags at all. Or they are used in only about 13% of all tweets, which is honestly a higher number than we expected. But probably a lower number that what Twitter would like to see at this point. Especially if this is one of the core features that sets it apart from other social networks. 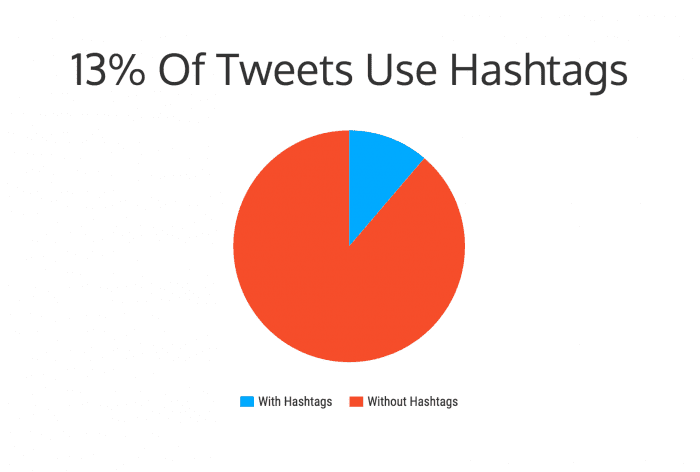 It should be noted that about 25% of the total hashtags used came from one user and DOUBLED the usage of their closest comparison. If we drop them from the total, it lowers the usage to down to about 10% of all tweets. Again this is not looking great for the lowly hashtag.

2.They Use Them Generically

When my original article about hashtags was published a majority of the comments were about the hashtags I studied. Most were very extremely negative and believed that the ones I selected to study were not actually used by people. There was a belief that they were too generic and that thought leaders or social media pros would never use them. But many other people push the extremely generic hashtags to cut through the noise. For example, using something simple like #ContentMarketing: 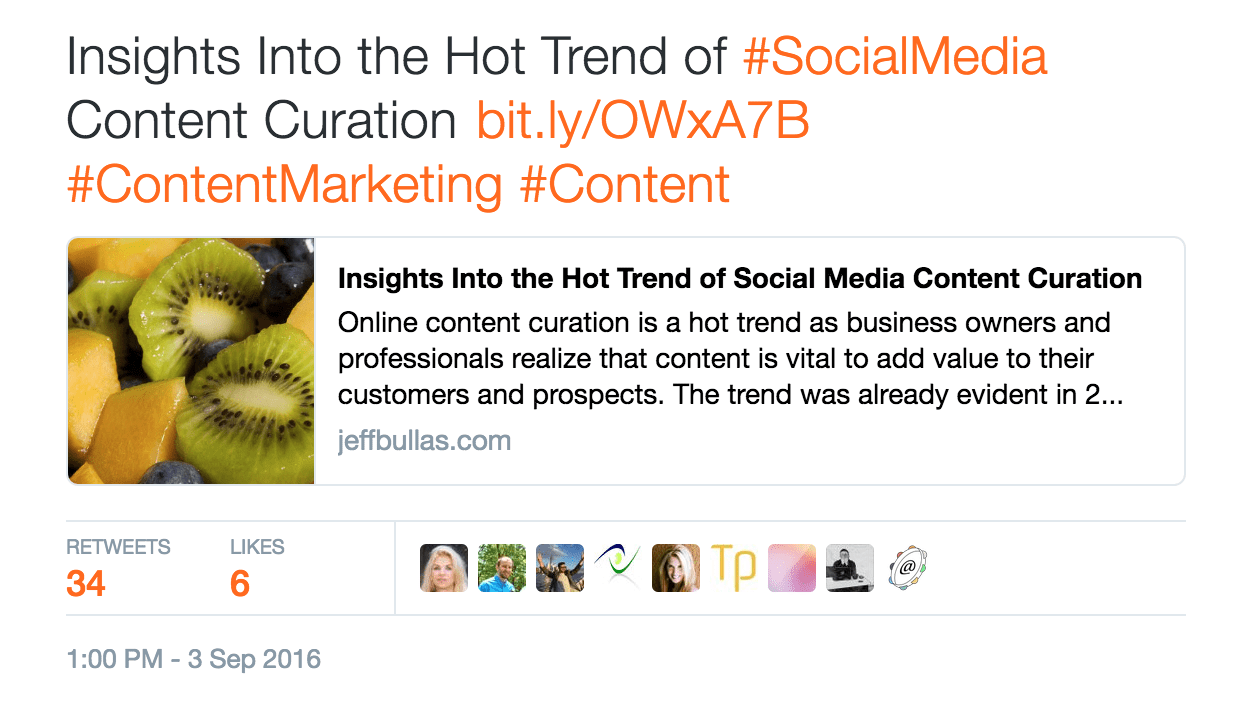 And I was starting to side with that belief, but alas that was premature. In fact, 6 out of the 10 most used hashtags in this study were tested in the original article. Plus if we drop the #IFA16 and #IFA2016, which is an event put on by one of our thought leaders, that number jumps up to 8 out of 10.

Below are the most used hashtags by our thought leaders, as you can see they are extremely generic. Which is one of the main things we advised against to stay away from bots and spammers. 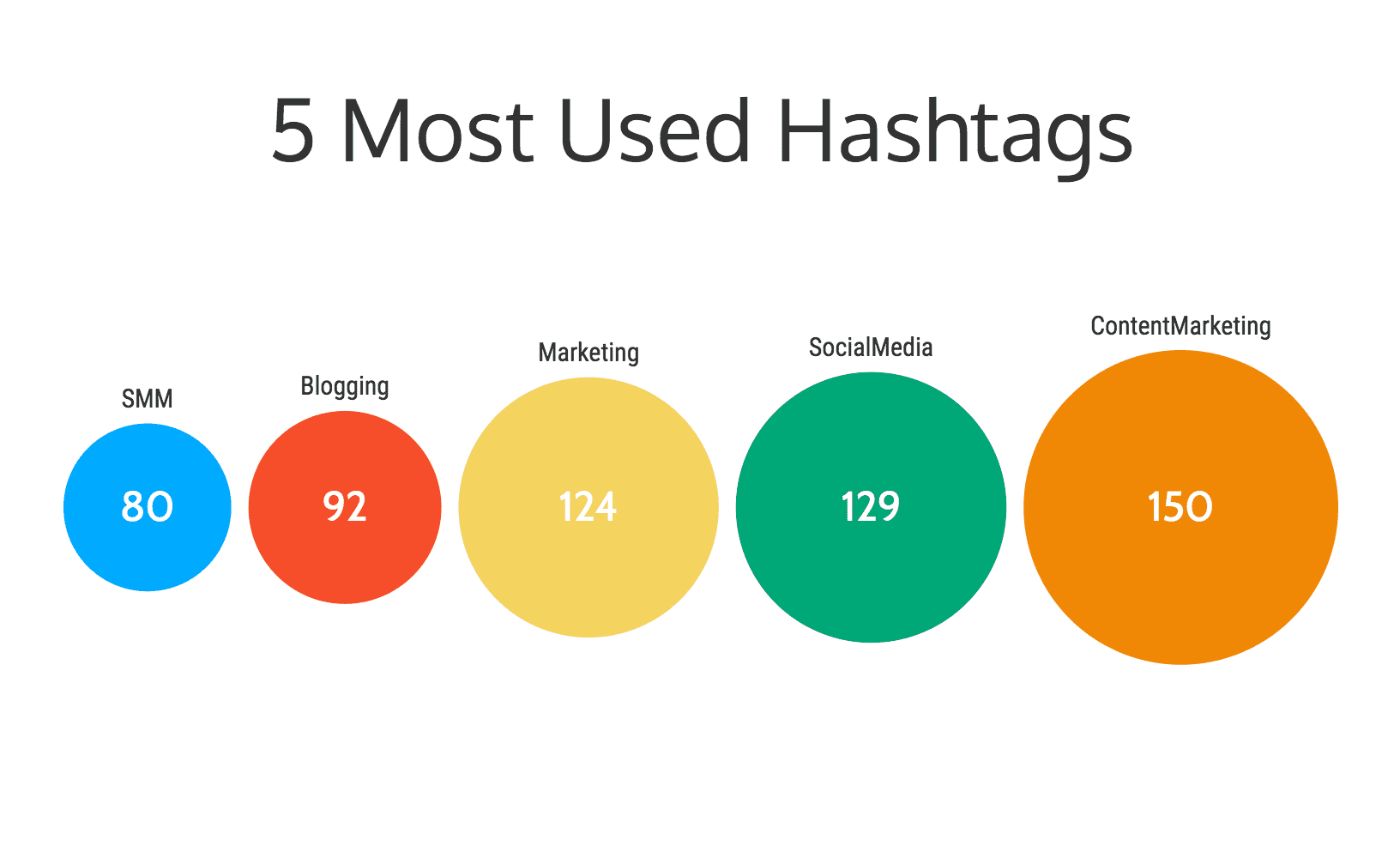 Because as soon as a hashtags become popular, the bots will find them. Then they will quickly add them to the growing list of to auto like or retweet.

3. They Use Them For Conferences & Events

After starting with what the thought leaders do poorly, let’s jump to something they do very well with hashtags. They are extremely good at using hashtags for live chats, events or conferences. Pretty much anything where something is happening in real time. Twitter was built to spread your content and message to a wide audience, using hashtags for a conference or event is a perfect way to do that.

For example, Digital Trends used the #IFA2016 flawlessly to engage with people at the IFA 2016 conference in Berlin. It gave the people who attended the conference and those watching from afar a place to engage with their content: 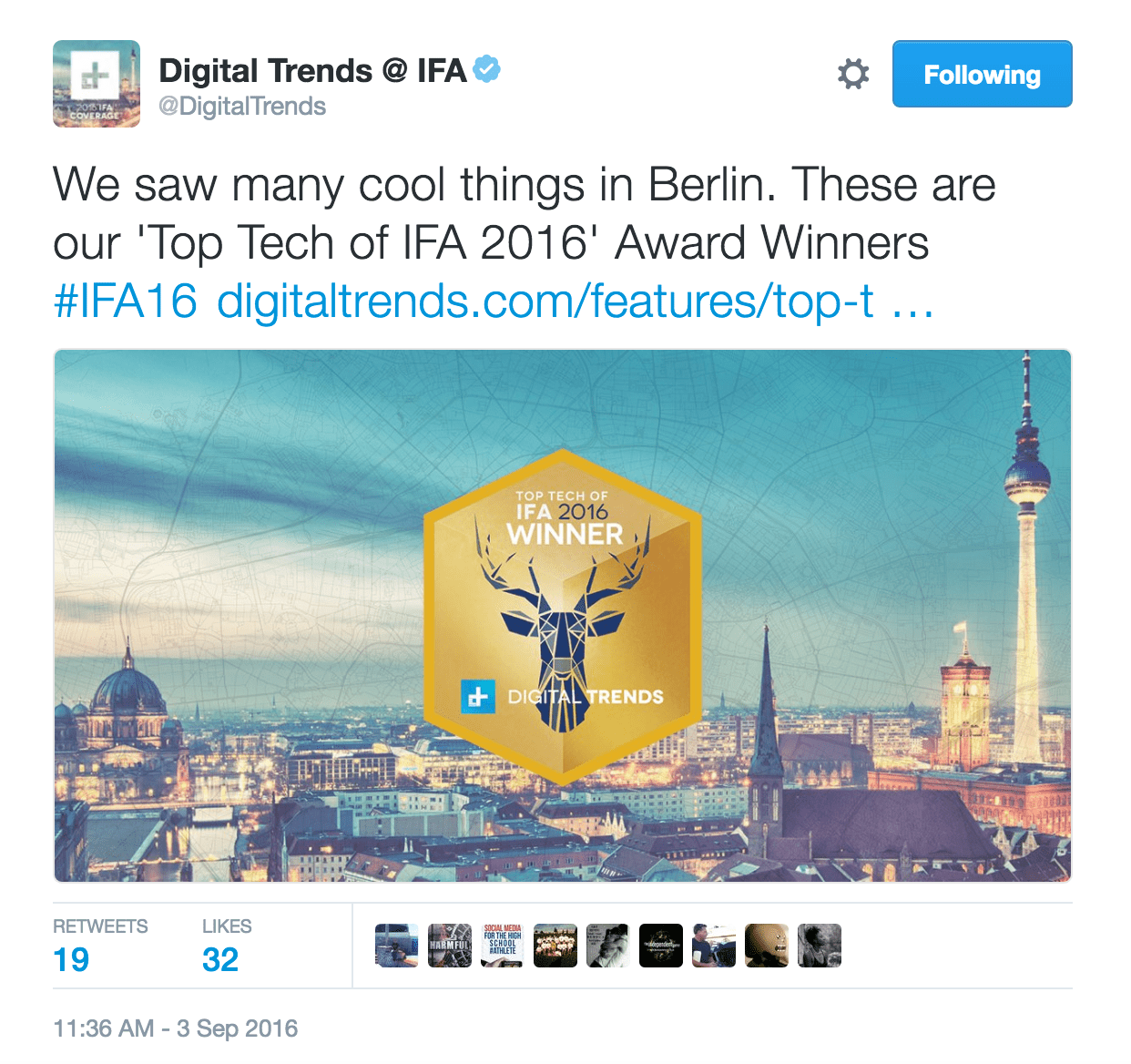 They spent the time and effort to produce this content, why not make sure the people will find it. Without the event hashtags it would most likely get lost in the Twitter noise of the tech world.

Michael Hyatt also uses hashtags very well to promote an event that he is not only speaking at but also organizing. 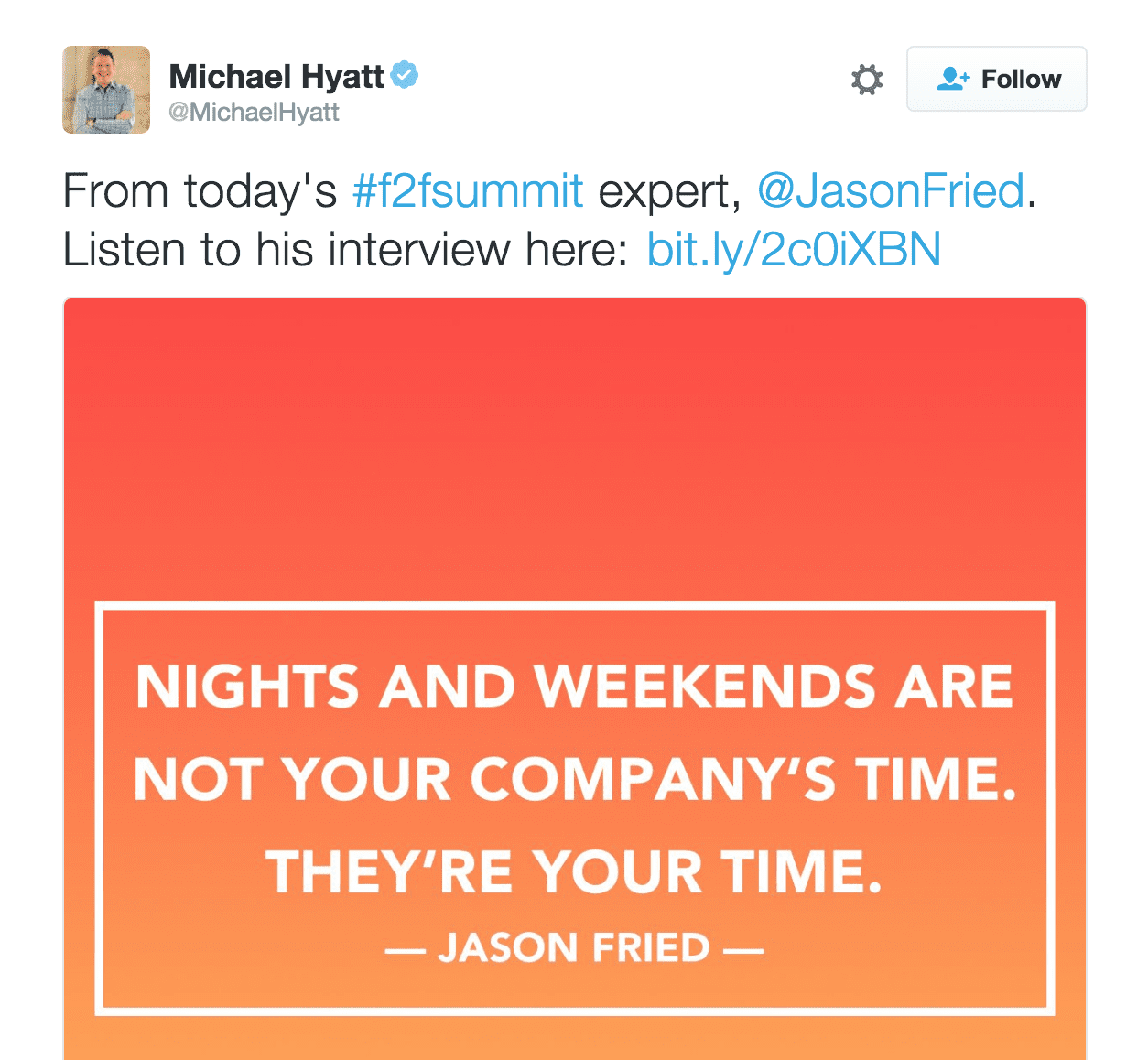 Again it gives attendees and those at home a way to follow along with what is happening at the conference. And gives the speakers at this conference a much larger audience, which is what Twitter is all about.

4. They Use Them One At A Time

Using a mess of hashtags per tweet is a telltale sign of people not using them properly. We all know that one user who has a hashtag for every keyword in the tweet. In the example below, more words are hashtagged than not! 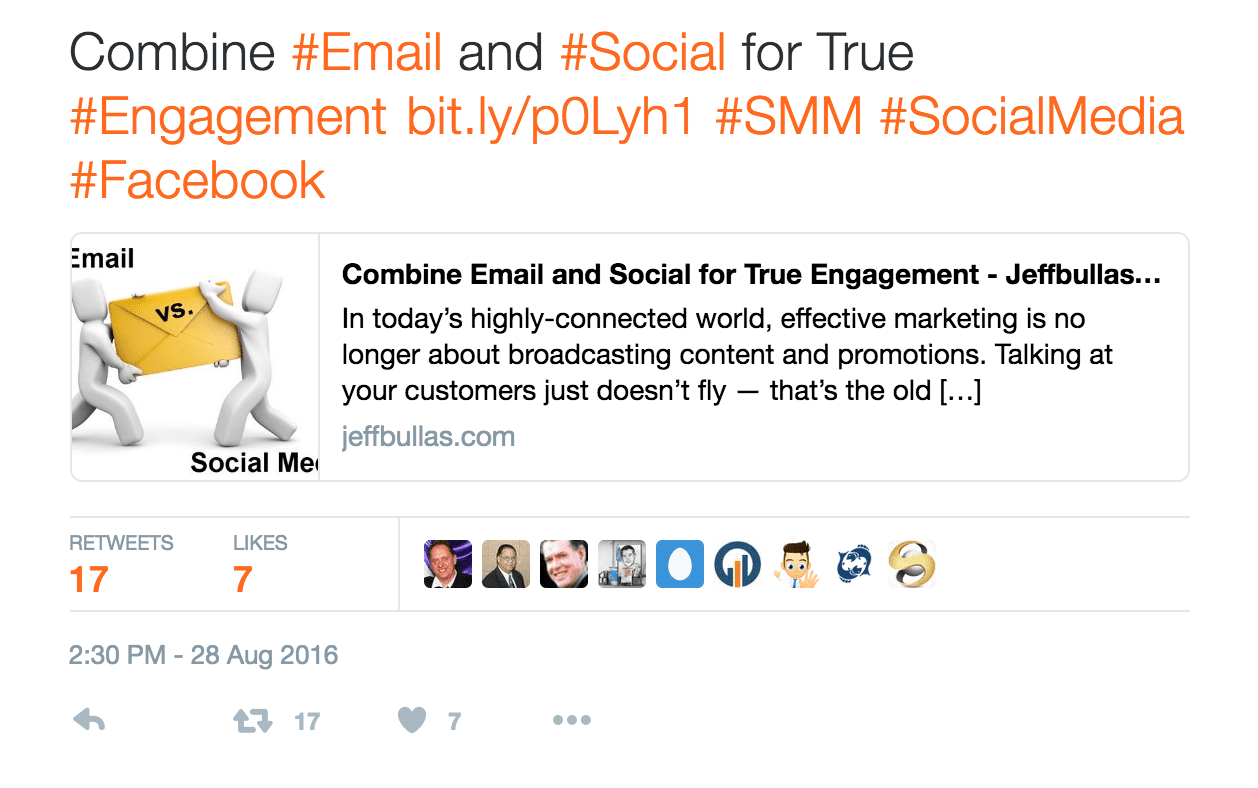 No one wants to be known as a hashtag spammer and it looks very unprofessional. Additionally, it is probably hurting your brand more than helping it.

In fact, this belief was echoed by the thought leaders we looked at, with many using only one at a time. We found that if a hashtag was used that in 60% of cases only one was used. Below is the full breakdown of the usage of multiple hashtags: 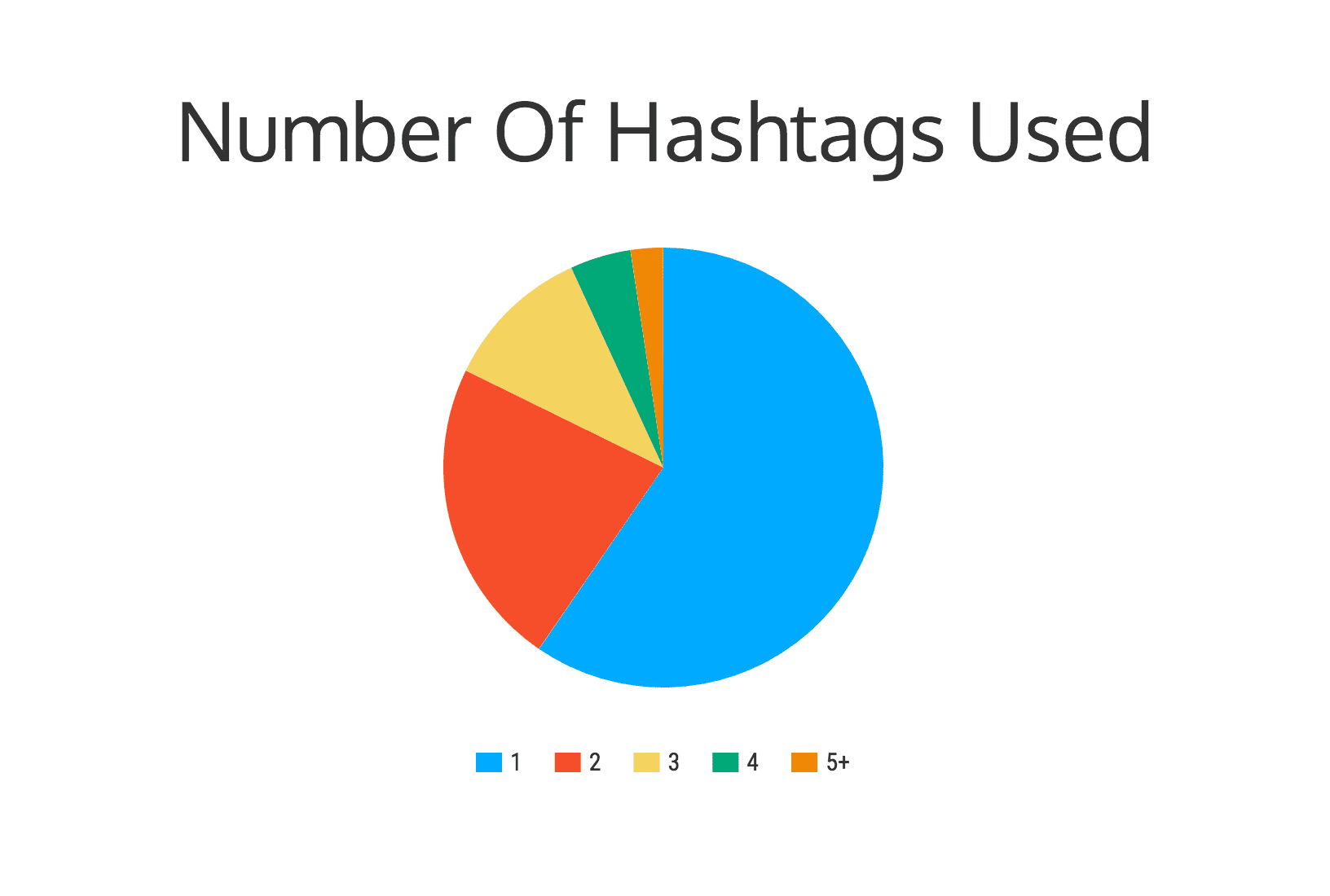 The thought leaders are really about the adage of less is more it seems when it comes to hashtag usage, and the professionals agree. Also to the 11 thought leaders using 5 or more hashtags, you guys are the worst. Come on, that is amateur stuff.

5. They Use Them For Specific Niches

Using hashtags for extremely specific niches was suggested many times by readers of the original study. It had not crossed my mind that some people are using very technical or specific hashtags for their business. It could be only a few hundred people caring about a hashtag or topic but they are who you should be trying to reach. It much is better to be specific than being generic.

Although it may be a struggle to find your specific niche and even harder to find those people on Twitter, it will be worth it. It will give your business an almost direct line to people who want to read your content or buy your product or message. Try some of these tools to find those hashtags.

A great example of this was the #AgTech hashtag used by one of our thought leaders. It was used exactly once in the whole data set but was on an extremely relevant tweet. Plus if you are trying to get this in front of people in the Ag Tech field it is perfect. I am guessing there is not much competition from other sources for those views as well. 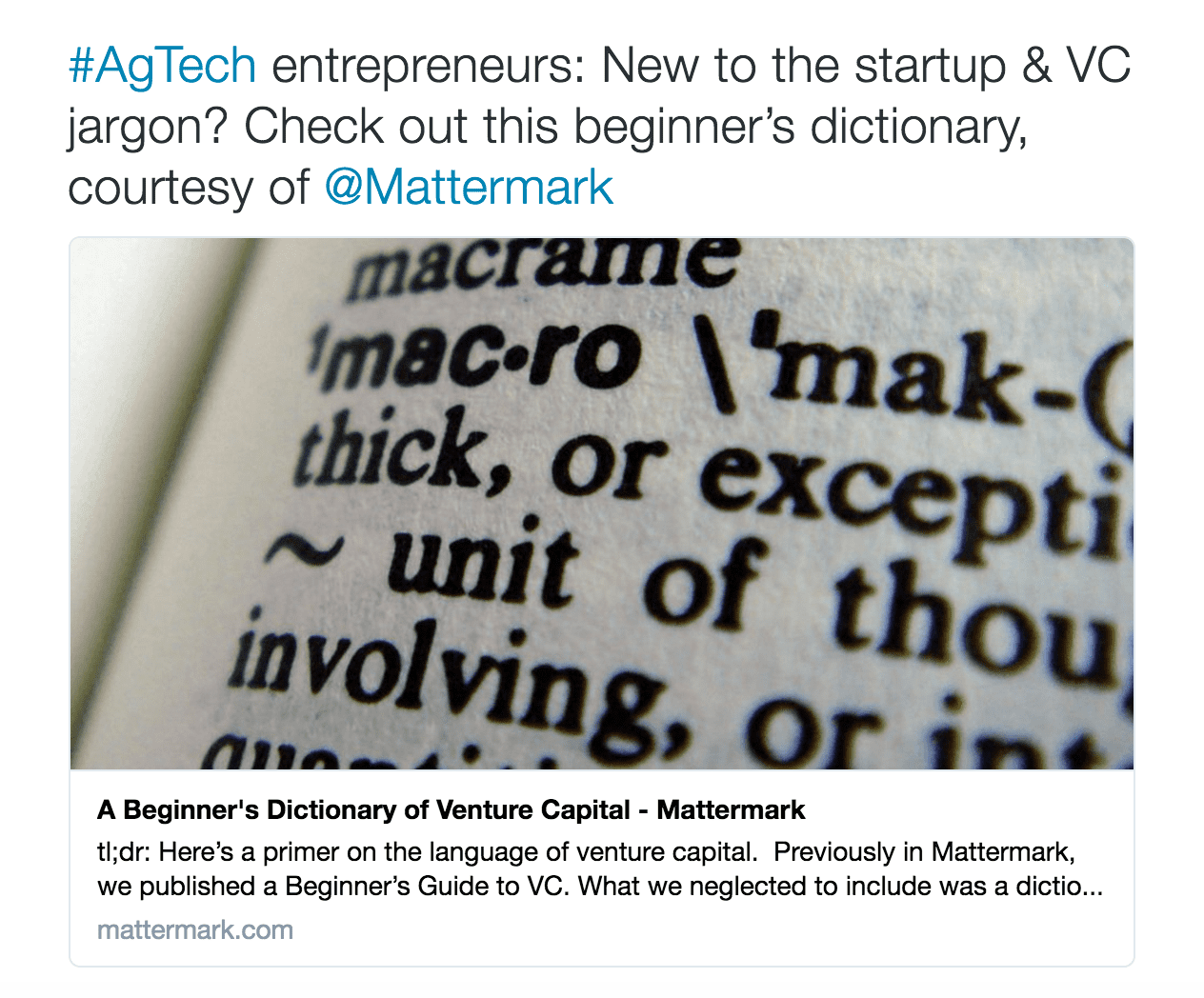 Targeting niches may not bring in the most followers or double your notifications but it will work in the long run. And it will not reach the masses of people but it reaches the right people, and that is what your Twitter strategy should focus on. It also will create a conversation that leads past just a fleeting notification. Just remember it is better to be specific instead of generic.

So what have we learned from the thought leaders about using hashtags today? Other than the days are numbered for the once great hashtag.

First, that many power users like the ones we studied are not using them at all. Or that they are using only one at a time, which is how it always should have been. Some also are targeting many niche topics effectively by using very specific hashtags, which is great.

But even those who could call themselves social media experts are using them correctly. The overwhelming use of generic hashtags only creates more noise. And lessens the likelihood of the audience you are trying to reach actually seeing it. So if you want to take only one thing from this article is stop being so generic with your hashtags. It will only bring bots and spammers to your content instead of the people you want to see it. Specific hashtags may not drive the likes or retweets that generic ones will but they will bring the customers.

Thanks to Ryan McCready for sharing their advice and opinions in this post. Ryan McCready went to the University of Arkansas and graduated with a degree in economics and international business. Now instead of studying the economy he writes about everything data related for Venngage and enjoys stirring the pot. You can follow him on Twitter or connect on LinkedIn.