Facebook has been under fire since the revelations last year that it had been mistakenly inflating the view counts/durations on its videos. This may have influenced how brands spent marketing budgets, but the metrics were just plain wrong. As we saw in my chart of the day yesterday Facebook had been wrongly overstating views by as much as 80% .

In response to this and other revelations of widespread ad fraud in the online advertising industry, P&G's Chief Brand Officer announced a series of demands to online ad providers, which they would have to comply with or else P&G would spend its seven billion dollar ad budget elsewhere. The demands were as follows:

Whilst smaller providers can't afford to turn down P&G's ad spend, we thought that Facebook's huge size might give it a degree of immunity from these demands. However, to our surprise, Facebook has quickly announced that it will be accepting the MRC's viewability standard, allow third party verification and committed to an audit by the MRC. 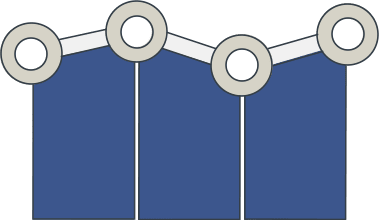 Facebook have also announced they will now be providing video view data that covers:

This gives advertisers more power to evaluate their ad's performance across more metrics than previously.

Facebook said they are working on new video ad products which will give advertisers new options depending on the objectives of their campaign. The news options are as follows:

This is great news for advertisers, who now have more options and will be better able tailor the video ad types to the objectives of their campaigns. For example, a B2C company with mass produced products and broad audience may want to build their brand equity and reach large numbers of consumers cheaply with two-second ad buying. Whereas as B2B with a more complex purchase journey and a high lead value may want to invest in higher cost completed-view buys to a smaller audience.

On February 14th Facebook announced another update regarding its native video. The key elements of this update are as follows: