Video marketing
Chart of the Week

Chart of the Day: Facebook's new corrected video view figures show it was never ahead of YouTube on video

Back in 2014, we saw loads of headlines saying 'Facebook is now beating YouTube in video views'. Then came the string of correcting articles pointing out that Facebook was only winning because it counts 3 seconds of viewing as a view, whilst YouTube counts 30 seconds as a view. So clearly it was like comparing apples and oranges, but Facebook still had more apples than YouTube had oranges.

Or so we thought. In late 2016 the news broke that thanks to a bug in its video view tracking code, Facebook had been accidentally overstating the length of video views on its platform by 80%.

Now new viewing data from Nielsen has shown that since Facebook fixed the error causing it to wrongly inflate viewing counts, the true viewing figures for Facebook's video views are far below that of YouTube. In fact, they're less than half. So it's clear that Facebook has never really been a serious challenge to YouTube's crown as the king of online video. 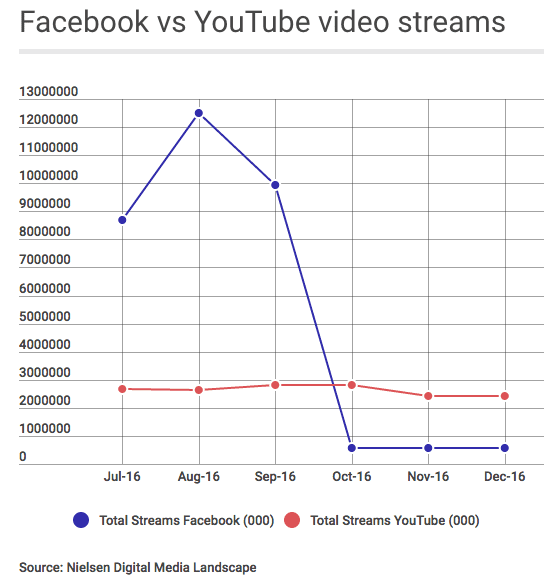