The least effective digital ad formats according to CMOs

What digital ad formats should you use to get the best ROI online? One way to answer the question is to flip it on its head, and ask, what are the least effective formats?

According to a survey of global CMOs, the worst ad formats are auto-play videos and standard banners. Standard banners are hardly surprising, as ad blockers and 'banner blindness' have taken their toll of the years. It's gotten so bad that on many sites the majority of banner ad clicks are actually accidental.

It's interesting that no CMOs thought that sponsored content was an ineffective technique, and very few thought pre-roll ads were ineffective. This shows that it isn't video ads that are ineffective, just video ads starting when the user hasn't opted in to watch anything. 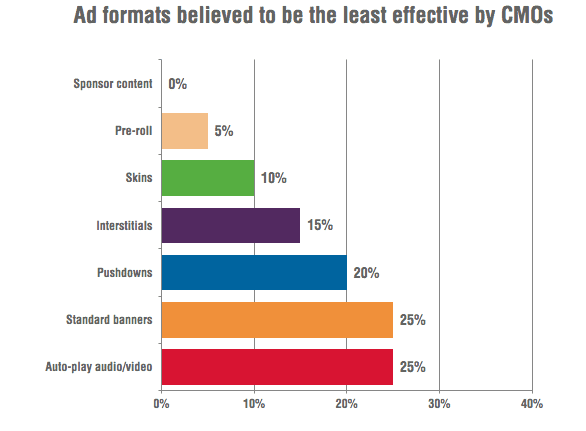