By Expert commentator 11 May, 2017
Essential

The Future of British Trade with Europe: A Light at the End of the Chunnel?

With Article 50 having been triggered recently by UK Prime Minister Theresa May, Brexit is now actually happening and calls for a revote can be forgotten. The negotiations are officially underway, and guess what, uncertainty still lingers in the air like a dense, London fog. So, what lies ahead for British business owners?

When the Channel Tunnel connecting Folkestone, England and Coquelles, France was opened in 1994, it was seen as a symbol of unity between the UK and mainland Europe. Though the idea of connecting the two landmasses was rejected for years by the British during the height of their empire, minds were changed as the new economic realities of the world started to take shape after World War II.

Today, there is no question as to the importance of such a tunnel. According to the Eurotunnel Group, 25% of trade in goods between the UK and Europe goes through the Channel Tunnel, which equals a total value of £91.4bn per year. On top of that, an average of 57,000 passengers use the tunnel every day. Those numbers are sure to impress any stat-geek, but how will these numbers change in the future? No one knows for sure, but one thing is for sure- it’s not going to change overnight.

When we’re talking about almost a £100 billion, it’s hard to fathom what those numbers actually mean. Let’s break down some of those export statistics to see what they really mean for business owners in the UK and consumers around Europe.

Europeans actually love British goods. A survey carried out by the International Post Corporation in January 2017 gives us some great insights as to who is buying British goods. When considering the major European markets, the UK ranks in the top 5 for each of these countries as destinations for online shoppers. In fact, besides Switzerland, the UK can be found in the top 3 in those markets, with Ireland (61%) and Italy (24%) topping the lists. Even after the vote, people still seem to be buying British, but why? 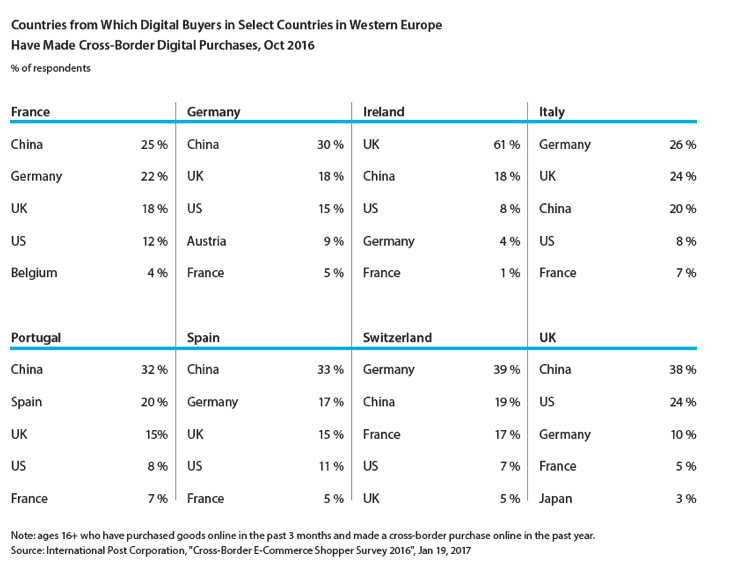 The fact that the sterling dropped in value against the euro definitely has something to do with it. Though the average Briton wasn’t too thrilled at the thought of their currency dropping to its lowest value in almost 30 years, exporters in the UK saw a boost in sales as international shoppers jumped at the chance to buy British goods at what must have seemed like Black Friday prices (though I’m assuming Worcester sauce probably wasn’t the number one export).

If you're an online retailer, you’re probably still confused as to what to do next. Considering that we’re most likely at least two years away from reaching a solution to all these open questions, UK exporters seem to be continuing with business as usual while keeping Brexit in the back of their minds.

This might be the best course of action right now. Considering that experts are predicting a steady sterling from this point forward, British exports should continue to be popular around the world, especially in Europe, as the single market still reigns (for now). For small businesses, this might actually be a great opportunity for growth.

If the UK aims to follow the “Norway model”, continued participation in the single market might not be that far-fetched. If access to the single market is not possible, then taking advantage of membership for the next two years isn’t a bad strategy for growing businesses either.

Confidence in the future?

Though uncertainty might be the word-of-the-year as far as economists are concerned, it seems that UK business owners and UK consumers might have a difference of opinion here. When we look at consumer confidence in the UK, the trend was heading downwards in the months leading up to the vote, and then took a nose dive directly following the vote. In the months since the vote, the numbers have recovered a bit, but are still in the negative. 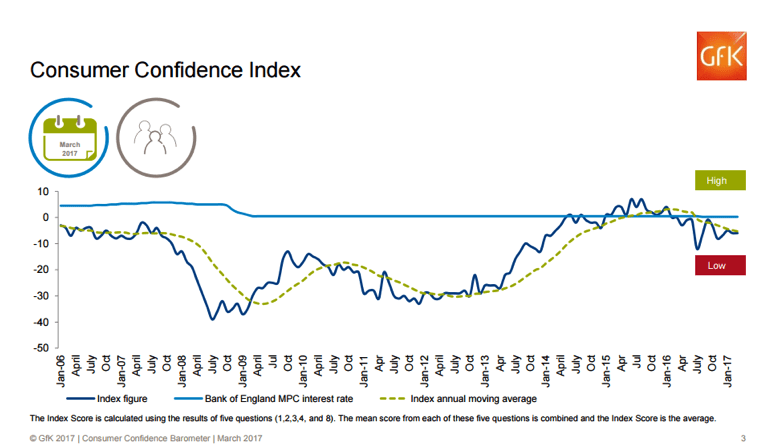 However, if we look at how British business owners see the future, it seems a bit brighter. Cross-border e-commerce specialist, Global-e, recently surveyed 250 British retail decision makers. Their findings reveal that almost half (48%) of those surveyed believe that the British economy will weaken once article 50 is triggered. However, 62% of them are also confident or very confident that their businesses will flourish. It seems that British business owners see at least one thing clearly: the sterling’s current value is good for exporters.

What can a growing online business do?

With so many questions still up in the air, what is a small business owner to do? Expanding your business abroad is hard work, but can really be worth it if done correctly. If you want to take advantage of the single market for now, here are just some of things to consider.

The drama and uncertainty behind Brexit has an entire continent (and beyond) at the edge of their seats like an episode of EastEnders (that’s the Young and the Restless for you Americans). However, as Brexit is sure to take a few years to happen, expanding your business shouldn’t be put on hold. As news trickles down to the public during negotiations, adjustments will surely have to be made, but stagnation is not the path to growth. If you’re not moving forward, you’re moving backwards.

I’ve written a complete white paper on Brexit and what it means for SMEs, going deeper into some of these insights and actionable tips. Click here to download it for free!

Thanks to Alon for sharing their advice and opinions in this post. Alon Eisenberg grew up in New York City and graduated from Boston University with a bachelor's in Communications. He's a marketing enthusiast who enjoys researching many topics ranging from e-commerce to education. With a thirst for knowledge, Alon has a creative, yet analytical approach to his work. He has been UK Copy Editor for Trusted E-shops since March, 2017.

Social commerce gives brands opportunities to create seamless e-commerce experiences directly within popular social channels One of the things that has always fascinated me about social media is the way it continues to adapt and evolve to changing consumer trends. …..

What is customer lifecycle marketing?

Create a co-ordinated ‘always-on’ digital marketing strategy for the whole customer lifecycle to boost conversions and retention It’s no secret that engaging your customers is crucial to achieving continued sales, and it’s also well known that it is usually far …..