By Expert commentator 24 May, 2019
Essential

This week has seen a few interesting announcements, including the fact that Google is updating how its search results look, impacting the way paid results are showcased.

LinkedIn has announced that it is aiming to improve transparency with a new ad tab for company pages while Facebook is investigating a possible Instagram data breach.

On top of this, the ASA has released data on advert complaints, showing that complaints about digital ads now outpace those about TV adverts.

Finally, Pinterest has revealed some interesting data around Pride Month, as well as some new features to help celebrate it.

Find out more about these stories with our latest news roundup. 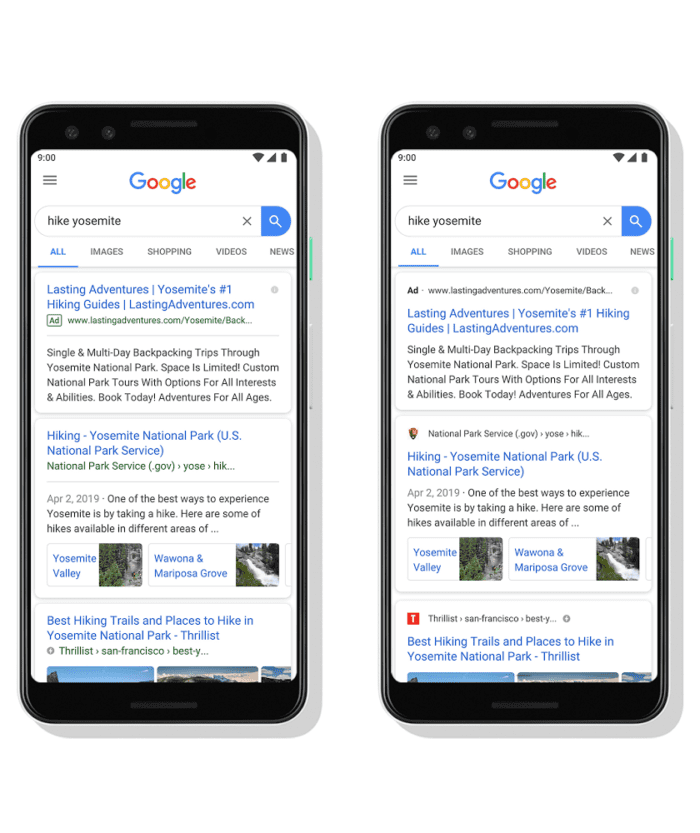 Google is updating the way its search listings look, starting with results on the mobile app. The changes will see the way paid search ads are displayed and will also introduce branded icons to search results.

Rather than showing that a search result is an advert by displaying the word ‘Ad’ in green surrounded by a box, the new results will simply show the word in bold. While this means the results look a bit cleaner, it could also lead to confusion over which results are paid ads and which are organic.

The other change that Google is making is to add brand logos to search results, effectively helping to advertise a brand and increasing familiarity with a company’s branding. Google explained this decision by saying: “With this new design, a website’s branding can be front and centre, helping you better understand where the information is coming from and what pages have what you’re looking for.”

While this can be beneficial to marketers as it can improve brand recognition, it is likely to affect the way people search. After all, brand loyalty can mean that searchers are more likely to click on a search result that displays a logo for a brand they recognize compared to one they don’t know. This could mean that search result relevance is reduced.

According to Google, the new search results design will ensure it can “add more action buttons and helpful previews to search results cards” down the line. The changes it is making are also helping Google to add more options for branding and personalization so brands can create a search experience that best suits them.

As the transparency of social media and ad targeting across social networks continues to be an issue and raise questions, LinkedIn has announced its new ad transparency tab. Following Facebook, the B2B platform has added the tab to company pages so users can get an overview of all the ads a company has run over a six-month period.

LinkedIn said that the decision was made because it is “committed to providing a safe, trusted and professional environment where members can connect with each other, engage with relevant content and grow their careers.” In order to better achieve this, it is aiming to increase transparency for customers and members.

The new Ads tab on LinkedIn company pages will show members all the sponsored content created by a page over the previous six months. Members are able to click on the adverts from this tab but advertisers won’t be charged for any engagement and these clicks will not impact overall reporting.

While Facebook introduced more tools for increasing ad transparency following evidence of political manipulation surfacing, it does not immediately seem like LinkedIn would have similar issues. However, the platform had to ban a number of accounts in August 2018 that had been set up to network with members of political groups in the US.

Although the platform doesn’t necessarily seem to be such a target as Facebook and Twitter, it has seen large increases in engagement and new members, meaning that it could well be used for political purposes. LinkedIn’s bid to improve transparency will help to curb this.

Additionally, the ads tab will allow marketers to get a better understanding of advertising being run by competitors, helping them to benchmark their own campaigns. 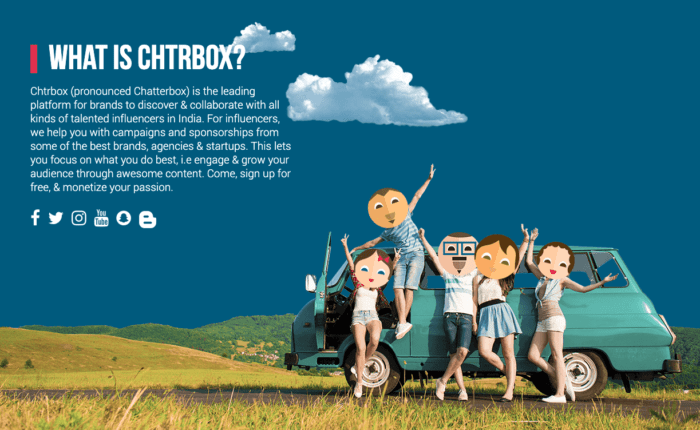 Facebook is investigating the leak that led to the details of almost 50m Instagram users being leaked. Details were leaked from the database of the India-based influencer marketing tool, Chtrbox.

TechCrunch found that Facebook is looking into the mishandling of data by Chtrbox, including individuals phone numbers and email addresses. Those affected include a number of high-profile social media influencers. The data of some users was also supplemented with location information, with the affected database being hosted on an Amazon server that did not have password protection setup.

While Chtrbox’s founder and chief executive didn’t respond to a request for comment, the company disputed the number of people affected, saying that no more than 350,000 Instagram influencers were affected. The company also said that the database was only accessible for 72 hours, however, TechCrunch reports that a researcher confirmed the fact that the database was first detected on May 14th, meaning it was open for longer.

Facebook said in a statement: “We’re looking into the issue to understand if the data described – including email and phone numbers – was from Instagram or from other sources. We’re also inquiring with Chtrbox to understand where this data came from and how it became publicly available.”

Last year saw the ASA receive 16,059 complaints about 14,257 individual digital ads, according to its annual report. This is a 41% increase on 2017’s figures. In comparison, it received 10,773 TV ad complaints, which related to 5,748 individual advertisements.

Overall, the watchdog received 33,727 complaints about a total of 25,259 adverts, which is a record number. In total, it saw 10,5850 campaigns amended or removed following complaints, which is a year-on-year increase of 53%.

The rise in digital ad complaints suggests that since GDPR came into effect, a lot more people are aware of regulations.

That’s why our new five-year strategy is focused on strengthening further the regulation of online advertising and using new tech to protect the public.”

“With Pride Month kicking off soon”, said Pinterest, “people are turning to Pinterest for inspiration to celebrate their identity, discover the best Pride parade looks and find products to express themselves at celebrations around the world.”

The move comes after Pinterest data reveals that Pride Month as a search grows more popular each year. According to the platform’s data, related searches rose by 2,930% from June 2016 to June 2018. 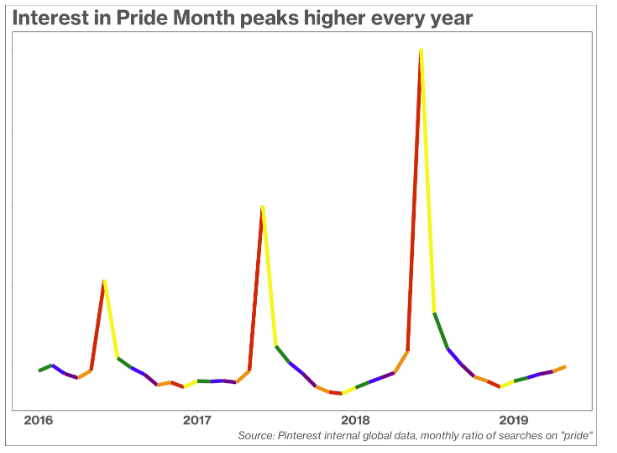 According to Pinterest, popular searches from platform users in the run-up to Pride include ‘pride outfit’, ‘pride makeup’, ‘gay pride’, ‘pride quotes’ and ‘bi pride’. The platform also noted that a number of other key searches have started to see increased search during Pride Month:

As well as insights into the usage of Pinterest during Pride Month, the platform also announced that a rainbow text filter will be automatically applied to any Pride-related searches throughout the month of June. 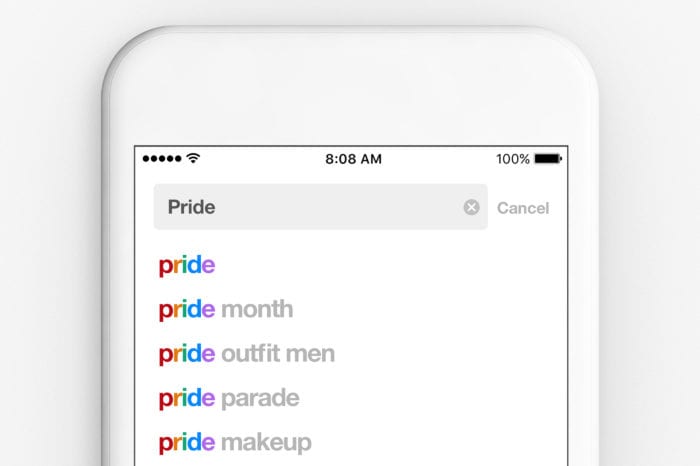 It will also be creating curated Pride collections to showcase some of the most popular pins and related searches at the top of search results.

This is the second year in a row that Pinterest has added a rainbow filter to celebrate Pride and while it is a colourful way to promote inclusivity, it does bring into question whether Pinterest does anything more to support the LGBTQ+ community throughout the rest of the year.