The Resurrection of Handwritten Communication?

Can Handwritten Communication be relevant The Digital Age?

Social network usage is growing at an unprecedented rate. With the number of worldwide social networking users expected to reach 2.5 billion by 2018, around one third of the Earth’s entire population, Skype, email and text exchanges have become commonplace. However with this comes an influx of digital marketing; of spam-like emails and mailing lists, which head straight to junk or delete. It is, therefore, becoming recognised that perhaps this is not the best way for companies to market their products. Statistics show that 95% of emails are never even opened. Does this suggest that handwritten marketing communication is making a comeback?

Past: Internet Marketing and its Issues

Since the beginning of the digital age, the internet has been exploited by companies who are looking to project their service or product to the world. It is a simple way by which businesses can reach out to potential customers from all over the globe through emails, tweets and Facebook posts. Over a billion business emails are now sent and received every day and 433,000 tweets are posted every minute. The internet back in 1995 with only 16 million users (0.4% of the world population) stands in stark contrast to the 3 billion in the present day (43% of the world population), with all the major companies looking to take a slice of the marketing potential of the world’s population. 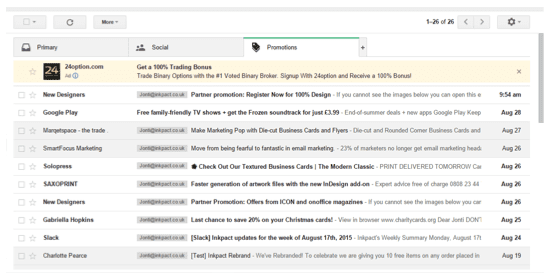 This growth has simultaneously left traditional marketing methods, such as magazine and telephone book advertising, redundant. But the question must be asked: could this massive increase of digital marketing come at the expense of the customer experience?

Interestingly recent surveys show that despite trends towards digital marketing, an astonishing 92% of young shoppers say that they prefer direct mail for making purchasing decisions and 98% of people check their mail daily. Mailcraft’s Private Life of Mail study also shows that physical mail creates a strong emotional response as well as just a rational one. It also has a more powerful effect on long-term memory encoding - 32% higher than email, 72% higher than television and 63% more likely to be taken seriously than emails. 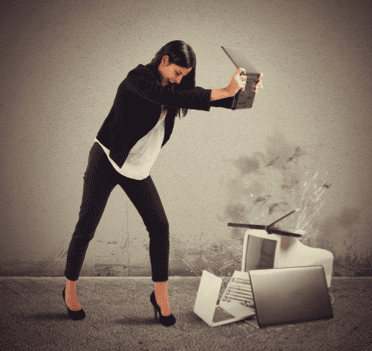 Add to this, as Mark Satterfield, author of The One Week Marketing Plan, highlights, direct mail responses can be as much as 200 times higher than email marketing. It is clear to see why.

And if that direct mail is handwritten the effect is even greater. If you have ever received a handwritten and personalized letter, you will understand just how much of an impact this thoughtful gesture has. Dawn Byran, the founder of The Qualipedia, who sends a handwritten card to her employees at Christmas, says that they have a powerful impact on people, whose reactions have ranged from tears to framing the notes in her experience. Kate McKeon, CEO of Prepwise, also points out how “email is too easy to ignore. Phone calls can be invasive and are more challenging to schedule for me. Letters are hard to ignore and not invasive.” As such, handwritten letters are unique. Compared to digital forms of communication, the impact of handwritten communication is off the scale. It transforms an old concept into something new, exciting and fresh. 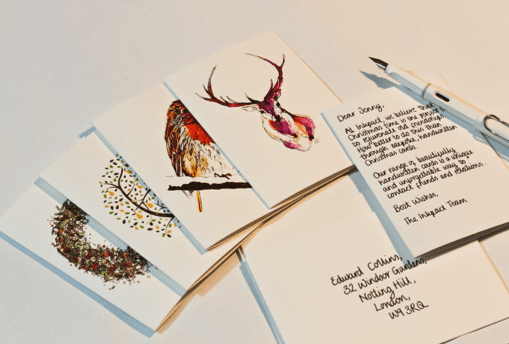 The Future of Marketing: A Shift Towards the Written

As the number of worldwide social networking users is expected to reach 2.5 billion by 2018, approximately one third of the Earth’s population, the art of handwritten correspondence will become ever more rare and special. As such, this avenue is one which should seriously be considered by businesses both small and large in scale. A study by JWT Intelligence showed that if you pick any age group, 80% will agree that physical cards and letters make them feel more connected to people than digital notes. 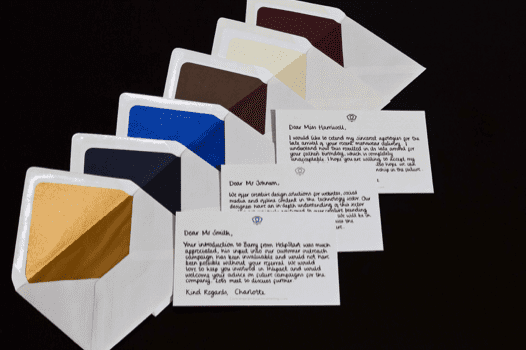 More than simply invoking a feeling of connection between individuals, the art of handwritten communication is a reminiscent pastime which can easily be reneged. Phillip Hensher of the Wall Street Journal notes, “those Skype, email and text exchanges won’t be treasured in the way that my teenage letters, scribbled journals and postcards have been for years.” Indeed, former General Electric Chairman, Jack Welch, as well as the former Campbell Co. CEO, Doug Conant, both often sent their employees handwritten notes to invoke allegiance and a feeling of purposefulness. As has been noted, “the key is offering this generation superb high-quality stationery and embellishments that expresses their individual styles and makes them feel special.” For example, in a recent survey 80% of respondents said they can remember a piece of direct mail sent to them in the last four weeks.

Overall, it is clear that a new age could be set to begin where businesses can exploit the potential of handwritten communication. Although it is a style of the pre-digital age, it’s rarity in today’s society means that it is a way in which businesses can differentiate themselves, and build better relationships with their clients and employees. Receiving handwritten communication invokes memories of a time before mobile phones and laptops, of a special time for many, and a form of communication which is both visceral and romantic. The statistics back up this argument and make the case for this form of communication to make a comeback, both for those looking to please existing clients and employees, as well as for building new relationships. As such, although the feeling of paper on your fingers and ink on the page is a dying art in general use, this need not be so in the business world.

Thanks to Katherine Baker for sharing her advice and opinions in this post. Katherine is a summer intern at Inkpact. Having spent the summer at Inkpact, an agency offering handwritten communication for businesses, Katherine has developed a keen interest in how businesses communicate and how they can do so in the most effective and efficient ways. You can follow them on Twitter or connect on LinkedIn.