How to create an integrated marketing campaign plan 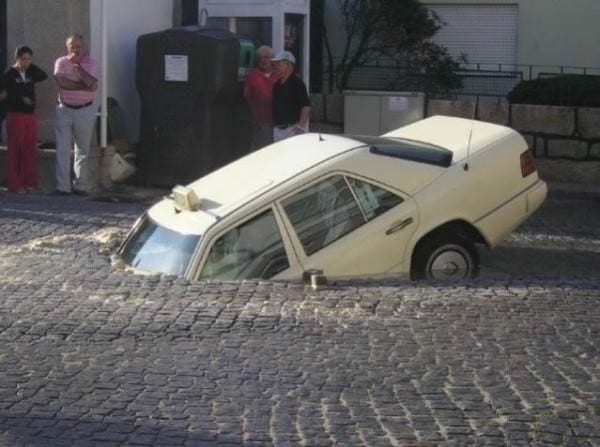 In my previous post reviewing techniques for digital marketing integration post I touched on the three major challenges to integrating digital marketing: planning, people and agencies. In this article I will look in more detail at these challenges as they relate to  marketing campaigns, giving suggestions on how they can be avoided through better management.

To help make the campaign successful it can help to think about what can go wrong in the planning and execution and then avoid these pitfalls. In this post I'll show 6 pitfalls that I’ve seen with campaign planning - each of the following pitfalls is directly aligned to one of six stages of creating an integrated campaign covered in the Smart Insights marketing campaign planning/briefing template which I will describe more fully in a later post:

From my time at First 10, many years at a large full service agency, and several more working client-side, I would estimate that I’ve worked on around ten integrated campaigns a year, so over 100 in total. The following examples and recommendations are all based on this experience.

I’ve seen countless briefs over the years which list a huge array of goals. The example below is a real brief I received a few years ago.

There are a number of issues with these objectives. First of all they are not SMART (Specific, Measurable, Achievable, Relevant or Time Bound) but this is fairly easy to fix. For example:

Revised Objectives for a 3-month campaign

The next issue is that while we might find a strategy that achieves objectives 1 to 3, by treating these objectives as equal it is very likely that the campaign strategy, messaging and execution will be watered down, ultimately achieving average results across all three objectives.

Finally, including arbitrary channel goals will bias the strategy. For example we might be able to achieve objectives 3 and 4 by developing a Facebook campaign but then under-perform on objective 2 because the campaign is in social when it should be in store.

Ultimately if you’re not sure then keep it simple. Often the best objectives are core business objectives linked to a monetary value, e.g. sell 5000 of X in 3 months with Y budget.

Pitfall 2: Limited research or insight into your audience will hugely affect the strategy

I spent some working for a brand that was new to the UK not so long ago. The market they’re in is growing very quickly as are the brands that are fighting for a share. Despite being one of the biggest brands in their home market with a wide appeal, they initially identified a niche target demographic as their primary target audience. To further narrow it down they then identified a geographic location with has a lower consumption of this type of product than other areas.

Their product is one of the better ones but there isn’t as much differentiation between the top and the bottom as the brand believes. Another sign that they could be making a mistake is that all of the competition are going for the mass market demographic and the geographic region with higher usage. Some might say that because of this their strategy is smart, but my opinion is that it’s high risk. To make matters worse their ATL campaign totally ignored the insight that they do have on their product and market in favour of a slightly bizarre ‘insight’ that most users of the product disagree with.  As a result, they’ve struggled to gain a similar share of the market as they have done in their home market.

Pitfall 3: Relying on your opinion to judge the best creative and messaging for various audiences is risky

I like to think that I’m pretty good at judging creative these days, but the reality is that I probably get it wrong as much as I get it right. Over the years I’ve witnessed lots of large campaigns, rolled out with large media spends, with one creative execution and the same messaging across all creative. The campaign goes out, and you hope for the best. On the other hand, I’ve been involved in campaigns where we’ve gone through multiple rounds of testing which have done very well indeed.  A typical test plan might be as follows:

While this process adds time and cost to the front of the campaign, I’ve seen 5-10% increases in performance as a result making it well worthwhile.

Every agency will tell you that they are media neutral when it comes to planning; the reality in my experience is far from neutral. Ultimately it comes down to incentives and rewards (something I will be covering in a future post in more detail).  If one agency is paid to plan and to buy media for you, there are plenty of opportunities to get a biased plan. Media owners court agencies, they offer incentives, commission and build relationships with the planners and buyers. While the non-monetary incentives are nice, ultimately the agency is interested in making money, so why choose a channel with limited or no agency commission when you’re incentivised not to?

This problem is certainly not new, and in fact many agencies now pass this discount back to their clients. The other big incentive when it comes to planning un-neutral is the recommendation of tactics that are in the planners’ or agencies’ comfort zone, or that might mean an additional project for that agency.

Pitfall 5: Mapping customer journeys and messaging across channels is essential

I was watching an England match recently and happened to watch a rather unusual ad featuring Steven Gerrard. It turned out to be a Lucozade Sport ad, which seemed to imply that the product could help you beat the humid conditions during the World Cup. It then had a call to action to book your place at something called the ‘Conditions Zone’. At the time I had no idea what this thing was or why I should book a place, and I suspect the ad would have performed poorly. Altering the call to action to be something like ‘How to beat the Brazilians with science’ or something similar would have been much clearer than their call to action. Once the consumer has moved to the website and learned more about the project, you’re then in a position to ask them to to book their places.

I did some work for a major oral care brand a few years ago, and strangely enough their brand name was not their URL. It turned out they had once created an integrated TV, press, and digital campaign and had decided to use the campaign name as the permanent URL for the brand. I wasn’t around at the time but I do know that they were losing up to 10k worth of natural search a month because of this mistake. Once this campaign had gone live, the drop off in search should have been picked up and prompted a change in strategy. More often than not, budget is not assigned to optimisation which means things like this are simply left.

In many respects, integrated digital campaigns are similar to building a piece of software, where the first version is simply a beta version. Once the beta is live we then need to enter into a regular cycle of improvements and new releases. I’ve seen campaign performance increase by up top 10% through optimisation.