Millenials have grown up, so marketers must look to Gen Z for the next batch of malleable young minds. Problem is, Gen Z has it's own agenda.

It is with great sadness and regret that I have to announce the imminent demise of a magnificent era defined by a much loved and well know group we call the Millennials.

How we all loved how playful millennials lived more in their heads than in reality.  We adored their naivety believing a single Europe for all would be embraced by a UK struggling to redefine its identity.  We blushed as they exposed their bits on Tinder all in the name of love.  We smiled as they swallowed click bait headlines.

Opticians worldwide will always give thanks for their dedication to staring at smart devices, resulting in a global demand for new prescription lenses.  And of course, we salute their solidarity through selfies posted on Twitter and painted in appropriate colours to commemorate the day’s latest international tragedy committed by lunatics inspired via social media propaganda sites. 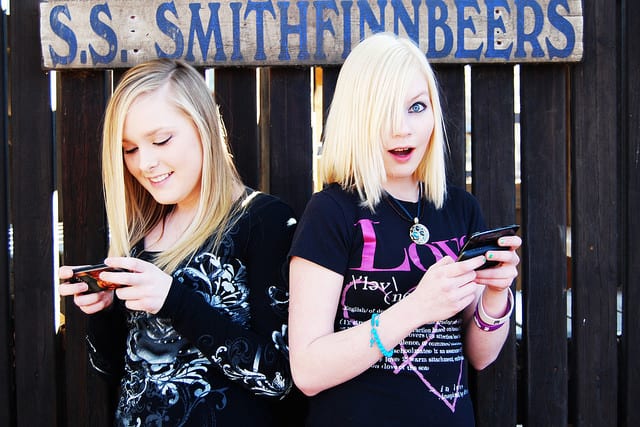 Who will replace the cherubs?  What will become the next social platform of choice?

According to a confluence of newly published reports, marketers are already grabbing the first crop of naïve cohorts; Generation Z; the teen generation.

Based on a poll of 1,000 adults (including millennials) and 400 teens, professional services firm Ernst & Young (EY) has concluded that brands failing to address the differences between the two generations face immense problems.

EY believes Gen Z is even more frugal than millennials.  Not only do they share millennials' behavioural traits, they amplify them.  More than parsimonious, Gen Z is on a mission to accept nothing less than absolute value.

The reason may be attributed to a combination of social and tech issues.  At one level Gen Z is overexposed to online price-driven brands.  More widely, learning from their millennial elders (now there’s an expression I bet you’ve never read before) Gen Zs have seen that, despite advertised images of utopian lifestyles, peers are pushed to limits. They are underpaid, often undervalued, carry considerable university debt, face ruthless international competition and have unstable careers … (in fact, according to some commentators, the exhaustive list is more miserable than Jean Valjean from Les Misrables).

Aiming to set, rather than follow agendas, team Gen Z demands the full Amazon Prime-style free delivery deal, including all bundled extras – without paying a single penny beyond the listed price.

This is a significant attitudinal shift from earlier generations, particularly in the UK market – which was traditionally hard bargaining adverse (as opposed to the Continent).

Weaned on the web

Haggling, like virtually every other aspect of human communications, has become realised primarily online. A recent Ofcom Communication Markets Report surveyed, 2,025 adults and 500 teenagers.  In the UK adults (including millennials) spend 25 hours every week online; 42% go online or check Apps more than 10 times a day, approximately one in ten access the Internet more than 50 times daily. Fifty-nine per cent of Internet users confess to being 'hooked' on connected devices. A third find it tough to disconnect.

One of the current challenges faced by number crunching rather than creative thinking agencies is how to reach and retain elusive 16-24 year olds.

It’s a difficult one crack.  To begin with, Gen Z is the second generation born into the Internet era.  Weaned on the web, they are even more hardened to online advertising than their Millennials predecessors.  Just as the brain automatically ignores the nose, (which would otherwise block 25% of the natural view) so Gen Z unconsciously overlooks online advertising.

Brands selling to the plebs salvation may come in the shape of instant messaging. Eighty-two per cent of Internet users agree that new communications methods make life easier, particularly when staying in touch with family and friends. (The number of 16-24 years olds using instant messenger increased 15% from 2014 to 53% in 2015). Facebook Messenger pulls in the largest number of mobile users.  Whatsapp comes in second with 16.7 million unique visitors and a reach of 47% across the UK mobile population (April 2016).

Brands wishing to charm Gen Z need to be wary. Excessive online intrusion into message platforms can appears as a breach of sacred privacy.  Privacy is crucial for Gen Z.   Like all teens of every generation, Gen Z prefer to do its own thing out of sight and sound of ‘the old guard’.

Privacy has also become a hot topic for brands wishing to demonstrate a sense of trust and belonging to consumers who increasingly feel neither unity nor faith.  Apple recently announced rewarding ‘bug bounties’ of up to $200,000 to Black Hats reporting software vulnerabilities.

Apple is not alone in using secrecy-protection as a symbol of modern brand esteem. Microsoft, Yahoo, Chrysler and United Airlines are also in the loop.

In the last year Google claims to have paid $550,000 in total to people who uncovered vulnerabilities in its Android software. In February, Facebook announced that since 2011, its own ‘bug bounty’ initiative has handed over $4.3 million to more than 800 researchers worldwide.

The story of your life – ending in 24 hours

Story-sharing multi-media apps including Instagram and Snapchat are very popular with Gen Z. Instagram’s Stories looks almost identical to Snapchat's Stories. Both encourage photo and video sharing to full-screen in a nearly-live format that's feels like TV advertising. Best of all for Gen Z, timelines vanish in 24 hours.

Instagram has about 300 million daily active users. Snapchat claims 150 million. (However, Snapchat is thought to have a higher ratio of loyal millennial users than Instagram).  In June 2016, it launched a batch of new advertising tools. Fighting back, Instagram Story offers a broader reach as well as tools following familiar Facebook layouts.

Facebook Messenger has integrated support in its source code for paid publishing subscriptions via game sharing, voice mail playback and bots.  However, given their sensitivity to issues of privacy the last thing any sensitive teenager battling to fill in potholes of acne whilst making the final transition into maturity may want is a keyword snooping brand interrupting their gloriously agonising internal angsts.

In a recent interview with Ad Age, Nike claimed it received 800,000 views on a newly posted Instagram Story versus 66,000 views on its most popular Snapchat Story.  Instagram delivers Nike the best of both worlds: the near-live content of Snapchat along with conventional static business profiles.

The upsurge of messenger type channels is the latest development in a far bigger media channel battle for Gen Zs: TV vs. Web.  According to PricewaterhouseCoopers, 2016 online advertising will surpass TV advertising in revenue terms.

“TV is headed the way of print media: It’s either migrating to the social networks as the main distribution channel or struggling to survive on subscription revenue and the scraps off the ad market leaders’ table.”

Which all suggests that unlike in my own youth, when it comes to learning about generations past – in this case, millennials, Gen Zs won’t be watching the story on a made-for-TV movie.