Twitter opens its advertising to small and medium businesses in UK, Ireland and Canada and adds custom timelines worldwide

With the virtual ink barely dry on the Twitter IPO, Twitter has sought to increase its revenue per user from advertising by offering its Promoted Accounts, Tweets and Trends products to smaller businesses in a limited number of countries outside the US - we will update readers when more countries are added. If you had previously tried to sign up via this form you would have seen a minimum monthly spend of $10,000, but this has now been removed, opening up more competition within the ad auction. 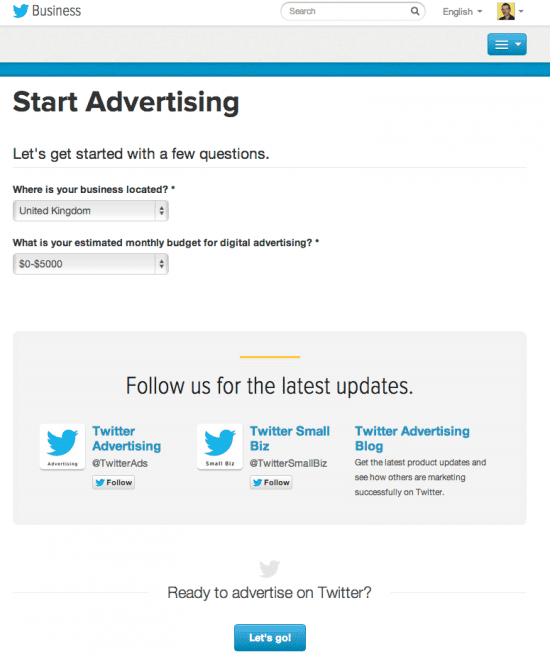 So this is big news for many small businesses, particularly those such as B2B companies whose audiences tend to be more active on Twitter than Facebook. So, you may be wondering what the model are. Here are the 10 key features to keep it simple

These are best explained if you know Storify, which enables users to curate tweets (or other social updates) about an event - here’s an example of Storify - great for event organisers to summarise their event, or arrange a Q&A.

Here’s an example of a custom timeline embedded into the Guardian site and below how it looks on Twitter - not as nice as Storify, but better with images and easier to setup by using a hashtag - here are the instructions on how to create a custom timeline. You have flexibility on which tweets to add as with Storify. 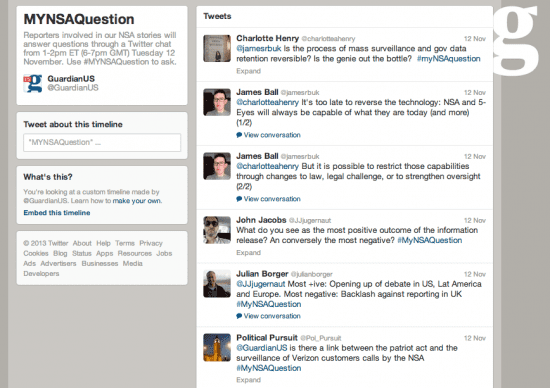 It looks like events and will be the main use case for these. How do you see it? Have you got other ideas for marketing applications?

If you're looking for more advice on using Twitter as a free marketing tool, read our newly updated 7 Steps guide to Twitter marketing or our Influencer outreach using Twitter guide.