Influencers are vital to the success of your Twitter campaign. But exactly who are they, why do they matter and how can they be identified?

Whether you’re a retail outlet or a business professional, a school or a mail order business, being on Twitter presents a challenge. It’s a conversational platform where you’re supposed to talk to your customers. But how are conversations going to drive sales? And who has the time to have online conversations with hundreds or thousands of individual customers?

These people are known as influencers.

When you talk to an influencer on Twitter, it’s like sitting on stage and having a public conversation in front of an invited audience. You just need to make sure it’s the right audience:

1. Think about the business you’re in,then think about what your target customers are looking for e.g. If you sell holiday cottages in Devon, try searching for 'Devon travel' on Twitter. You'll soon discover other complimentary businesses who are talking to a similar target audience. These complimentary businesses might be anything from Travel Writers to radio shows to local attractions. Don’t expect to find matches right away. Regularly monitor the results in real time.

2. You then need to check how much influence these people have. You can find this out in a few ways: 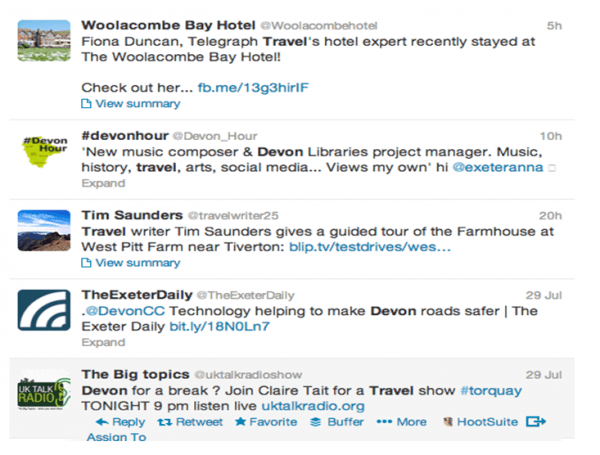 3. Once you’ve established they have influence, spend some time researching them and monitoring their conversation. Find out what interests them, see what kind of discussions they respond to. You can start to attract their attention by following them, or adding them to a list.

4. Most importantly, start engaging with them. Not by selling to them, but by taking an interest in what they say: 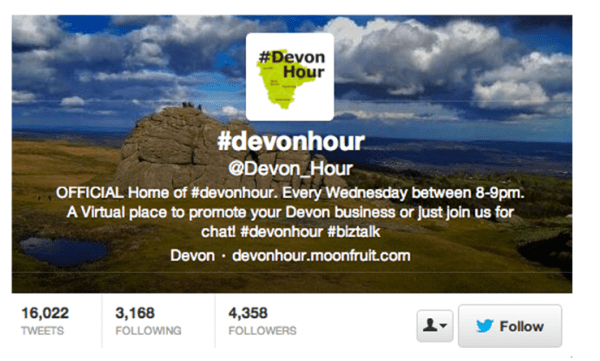 The Devon Hour might be a good account to engage with. They are followed by complementary business, they regularly engage with their followers, and they have a high Klout score of 64. 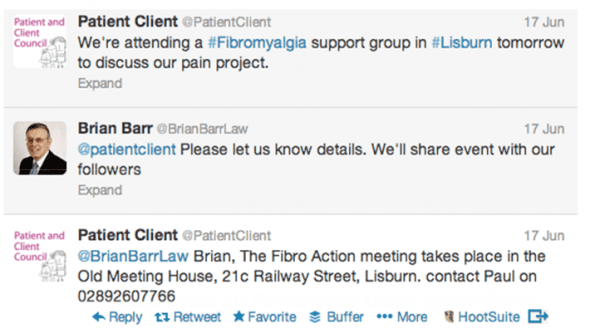 In this example, a UK Solicitor is engaging with a charity that works with his target audience.

When trying to attract the attention of an influencer, remember the acronym W.I.F.M. An influencer will usually respond because what you say is relevant or useful, or because you’ve demonstrated that you value them. The more you can attract their attention, the more likely they are to think of you and promote you to their followers.

So next time you update your Twitter campaign, don’t just think about your audience, thinks about who’s talking to your audience!

I've recorded a short video outlining the approach which I recommend in more detail in the Smart Insights guide to influencer outreach.

Thanks to Danny Bermant for sharing his advice and opinions in this post. Danny is Director of Brainstorm Digital a mentor, trainer and speaker specialising in B2B social media strategy. You can follow him on Twitter or connect on LinkedIn.

Danny is director of Brainstorm Digital a mentor, trainer and speaker specialising in B2B social media strategy. You can follow him on Twitter or connect on LinkedIn.

The 10 types of online influencers [Infographic]

How do you segment your influencers for outreach? Do you know this practical infographic from Traackr: The Many Faces of Influence – you may be able to spot some famous US digital marketing commentators there! We’re sharing this as a useful infographic …..