What does Facebook Live mean for marketers? [@SmartInsights Alert]

It’s been known for a little while that Mr Zuckerberg is incredibly excited about live video on Facebook and the newest update “Facebook Live” is a clear indication of this.

He sees it as the next step in social media and clearly isn’t the only one, Twitter have also dabbled by developing their own Standalone streaming service, whilst Snapchat have recently updated their software to include a live chat function. 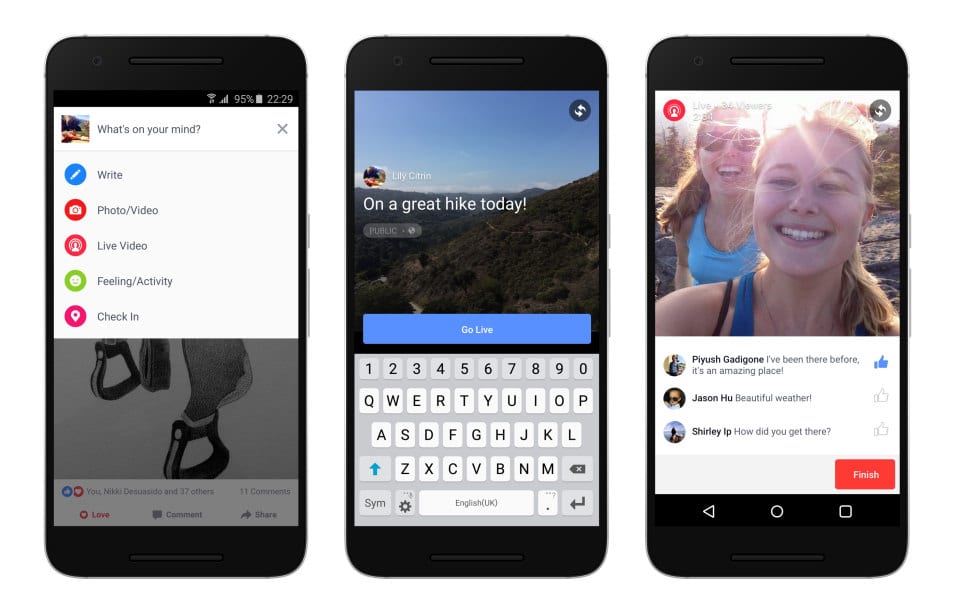 Zuckerberg began pooling a lot of his internal resources to help build this new feature and has clearly put a lot of effort behind this. So what will stop this feature becoming an overhyped, semi-flop, much like Meerkat and Periscope?

And what does it mean for us marketers?

It's likely you've already seen a Facebook live broadcast, whilst scrolling down your newsfeed, as previously it's been available to celebrities with a verified page. So the likes of Dwayne "The Rock" Johnson and Terry Crews, along with various Social media influencers have been using this feature since August 2015. However since the 6th of April, it's been opened to the public.

“With Facebook Live you can use your phone to share a moment instantly with the people you care about. This means your friends, family or fans can be there with you, and you can respond to their comments and see their reactions.”

To begin a live broadcast, its similar to making a new post. Open the status bar and in the bottom right corner, there should be a new icon, which is a silhouette with a double ‘halo’ around it.

From here there’s a bit of a prep stage, where you can decide who to broadcast to (whether this be friends or followers or everyone), you can also write a description for your broadcast. Once live, users will be able to comment on the video.

They’re also incorporating Live streaming into groups, so if people miss the live broadcast, footage can be easily shared to those who couldn’t attend.

Facebook have also been kind enough to give us some tips on successful broadcasting.

What does this mean for Marketers?

The ability to broadcast, behind the scenes, intimate, authentic content, is an invaluable asset that allows your brand to create a connection with your audience. However, with great power, comes great responsibility, choosing the wrong face/voice of your brand can do considerable damage to your reputation.

So choose your presenter wisely.

After your broadcast has finished, it will automatically be posted to your timeline, providing your audience with more content to get their teeth into.

Live can be dangerous

Much like any content asset, poor quality can greatly damage your reputation. Make sure you have a good connection and where possible the best quality camera to broadcast. Guy Kawasaki often uses a tripod to ensure a steady viewing experience for his audience, rather than a shaky whirlwind tour of his office, where you may end up covering the microphone with your hand and spending far too long pointing either at the ceiling or up your nose.

One final point to mention is that any slips of the tongue/misconstrued/ill-informed/slightly controversial comments, could land your brand in hot water and greatly damage your reputation. Please bear this in mind when broadcasting.

In the past, there have been question marks raised about the popularity of live streaming services, such as Meerket and Periscope, but with the sheer quantity of users Facebook has, it’s something to certainly take note of.