How to boost social media campaigns with personalization

We collected some of the best social media campaigns from 2015 and 2016 and analyzed how they could have been improved with personalization tactics.

We’ve seen some cool ones, but let’s dig deeper!

Social media sites like Facebook personalize their visitor’s experience in almost every possible way. They try to understand who their visitors are and what type of content would delight them in order to provide a better experience.

In contrast, social media campaigns often fail to use personalization to their advantage. Below you can find five of our favorite social media ads from 2015 or 2016, and a short description of how we would make them more personal. 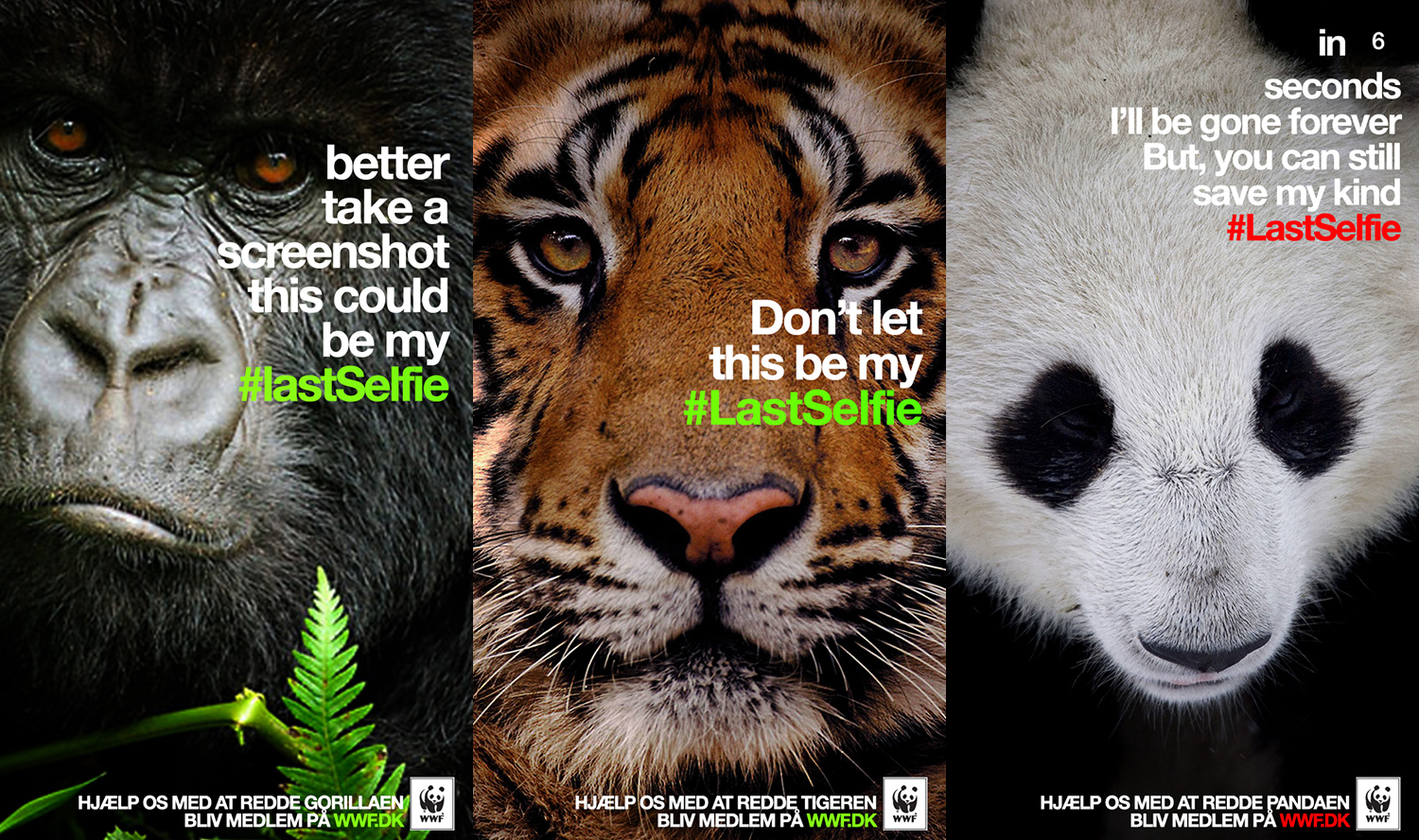 Photos sent on Snapchat disappear after 10 seconds, with no chance of being seen again. World Wildlife Fund used this mechanism to illustrate what could happen to endangered species around the word. The organization posted pictures of tigers, polar bears, and other animals on the photo messaging app and asked its followers to share the images or donate to WWF before the animals vanished.

The campaign was much more successful than expected. WWF originally intended to reach millennials with the photos, but in the end, their message reached a much wider audience. The pictures were seen by 120 million Twitter users in one week, which is half of all active users on that social media site.

This exceptional campaign could have been more moving if they showed pictures of animals that likely appealed to the users. Of course, it wouldn’t have been possible in all cases. But at least on Facebook, where the pictures were also shared many times, the portraits of the animals could have been matched with the activities or countries that the users are attached to. So for example, WWF could have shown tigers to extreme sports lovers and pandas to tai chi fans.

Newcastle Brown Ale tried to crowdsource its TV ad for the most important American football event of 2015. 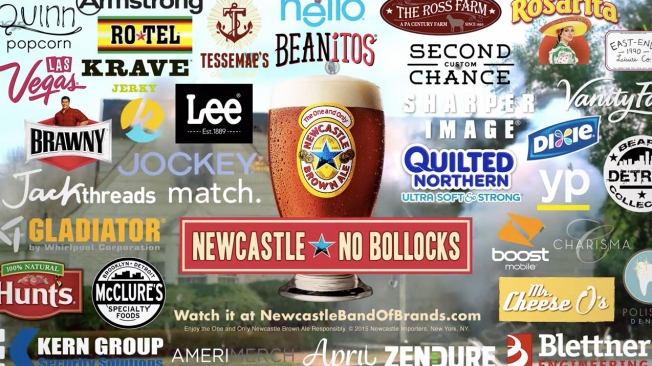 "Lacking the $4.5 million needed to buy 30 seconds of Big Game airtime, Newcastle decided to take a cue from the sharing economy that’s made Kickstarter, Uber, Airbnb,and Citi Bikeso popular. Our plan was simple. We’d essentially sell ad space in our ad, asking 20 to 30 scrappy brands like ours to pitch in for airtime with us, and then cram all 20 to 30 of those brands into one Big Game ad," Newcastle wrote about its idea.

The plan worked, and soon after the company started to display ads on Facebook asking other brands to finance their TV ad, more than 400 companies reached out to them. In the end, 38 brand logos were shown in the co-financed commercial.

Many people follow or like brands on Facebook. Based on interests or a friend's taste, it's also possible to predict if a brand would appeal to someone who didn't interact with it before. The participating companies could have created different versions of the ad and shown their own versions to their fans and people who had a higher chance to engage with them. 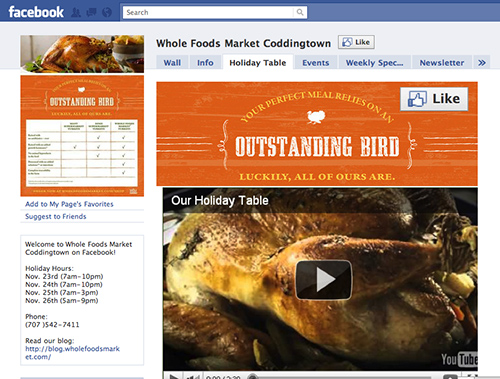 Thanks to the recently introduced autoplay function, videos now play a more important role in Facebook marketing than ever before. Maybe this is the reason why Whole Foods Market, an American supermarket chain that specializes in organic food, decided to post short how-to videos on its Facebook page a few months ago.

Most of the videos are about preparing healthy dishes, and some contain practical tips for people who love cooking. The videos became popular among the fans of the supermarket chain quickly, and many of them were played more than 10,000 times since then.

Many people share information on Facebook about their food preferences. For example, a few years ago one of the most popular Facebook pages in Hungary was about a chocolate bar, and it still has 929,000 fans.

Whole Foods Market could have increased engagement if it analyzed people’s eating habits, and instead of showing the same videos to every fan, it displayed videos accordingly. What better to greet you on Facebook than your favorite dish? 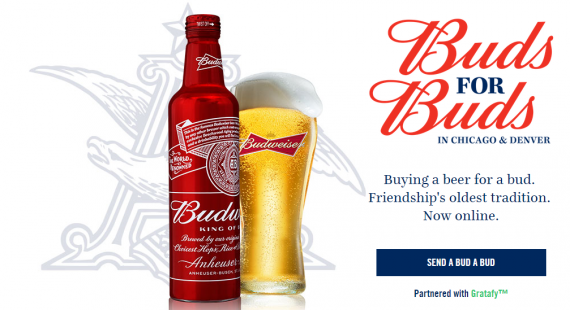 Budweiser created a Facebook promotion that let you buy a beer for a friend even if you couldn't meet personally. The brand developed an app for the campaign and partnered with several bars and restaurants that accepted the coupons sent through the app.

“Beer is the original social network... Whether you’re toasting your birthday, a job promotion, an engagement, or simply the end of a long work week, we want to encourage everyone to bridge the physical and digital worlds by allowing you to send your friend a beer over Facebook,” said Lucas Herscovici, Anheuser-Busch vice president of consumer connection about the initiative in a press release.

It turned out that people like the idea of receiving beers on Facebook. Nearly all coupons sent through the app were redeemed, and three times as many Budweiser beers were sold in the participating bars than before.

While it was possible to send a beer for a birthday through the app, Budweiser could have suggested other occasions to the users based on their Facebook information. The data the brand collected throughout the campaign about the users of the app could also have been used to notify them about new beer types that they would like, or to create ads that take into account their habits, for example, the type of bars that they prefer. 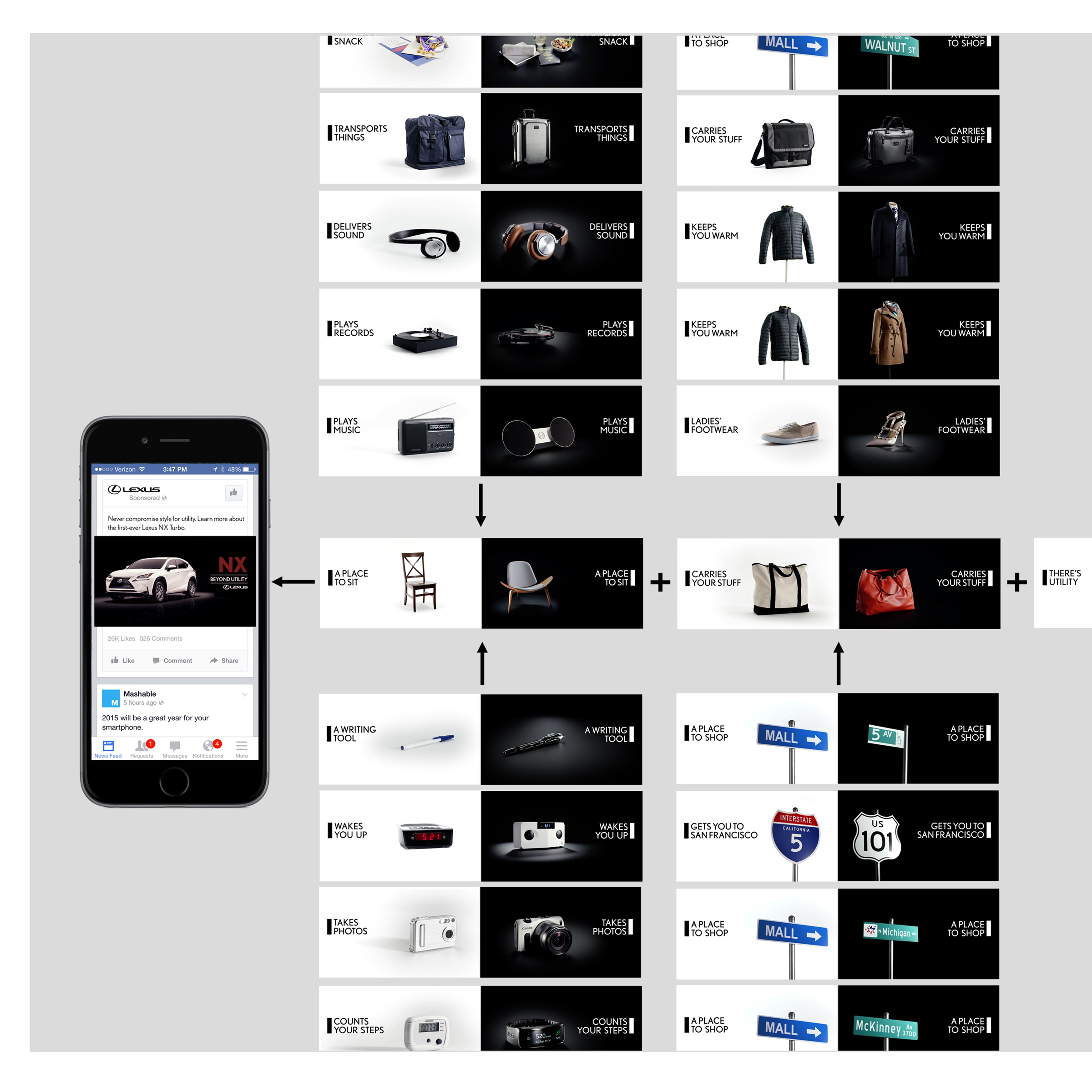 Lexus created 1,000 unique video ads to promote its new NX model on Facebook. The company intended to reach younger consumers with its short films, which compared a useful item with another one that was useful and stylish at once. With the analogies between the car and the objects, the company tried to emphasize that the new Lexus SUV is not only a practical choice.

The different variants of the ads matched various utilities, and the users saw only those that were relevant to them. So for example, someone who likes home decoration could see an ad that compared a simple and a stylish chair. For a fan of fashion brands, the company showed a video with a duffel bag and a designer handbag.

The company targeted its tailor-made ads, taking into account the interest, likes, demographic details, and the location of the viewers. The personalized and precisely targeted videos were extremely successful.They won several awards, reached more than 10 million Facebook users, and skyrocketed engagement among viewers.


How to make it better?

Unlike the other ads we introduced, this campaign couldn't have been more personalized. Since Facebook was also involved in creating this campaign, with Lexus,the campaign promoted the vehicles, the video ads, as well as the targeting capabilities of the social media site.

There's one thing that we would have changed, though. Lexus could have encouraged users to visit its website to sign up or log in with their social media profile. This way,Lexus could have reached them more directly for the next campaign and use its own database to create relevant and personalized ads for them.

Thanks to Peter Szanto for sharing their advice and opinions in this post. Peter is a USC Trojan and the founder of SpringTab You can follow him on Twitter or connect on LinkedIn.