Penguin 4.0 and Disavow: The Hard Truths that Need to be Told

Just because Penguin constantly updates, doesn't mean you can throw out the disavow file

When taking to the familiar waters of the social media swimming pool this morning, instead of enjoying my relaxed, smooth, exercise regime, I was met by the sound of shrieking and splashing from the children’s pool of Twitter. Upon investigating, I see there is a lively debate about the implications of disavow in the fallout of Penguin 4.0.

The main topic for the heated discussion? With the new incarnation of Penguin and its constantly refreshing live scrutiny when it is evaluating domains and URLs, is the presence of a disavow file even necessary for your business going forward? There are arguments both for and against this, there are those who are of the inclination that complete and utter removal of the disavow file is in their best interests as Google Penguin 4.0 algorithm is only doing minor devaluing and penalties.

“The largest majority of the websites don’t need to do anything with the disavow because like you said, we are able to pick up the normal issue anyway and we can take care of that.”  John Mueller, Google.

Then on the other side of the argument are those who state that removing the disavow file and laying bare everything linking to your domains and URLs at the feet of Google is the worst idea this side of Greedo shooting first!

I am of the mindset that there is no need for this debate or argument, but there does need to be a discussion about how anyone with SEO experience could ever see value in removing one of the greatest tools on their utility belt. The disavow file is vital to continued SEO support for your domains, as Google Penguin 4.0 scrutinises at the URL level and penalises if spam is detected. As such, losing the ability to disavow at ANY level, let alone the URL level, is nothing short of short-sighted. The importance of disavowing at the URL level is embedded in the fact that granular disavow saves both overall time and rescues the positive links that would otherwise be lost to the disavow file. Standard disavow methods are based on disavowing the entire affected domain, this is a prime example of overkill. When you disavow the entire domain, you let the diamonds sink with the ship.

Confucius said: “Never use a cannon to kill a fly.”The actual Confucius quote is "never kill a chicken using a cow knife", but we thought the quote above that is frequently but wrongly attributed to Confucius worked a little better.

“Used properly, the disavow tool can be a fine scalpel to remove the last few traces of poor quality links remaining from a clean-up effort – it certainly isn’t a scatter-gun that can devalue an entire backlink profile.” – Matt Cutts, Google.

Dismissing the disavow file is like opening Pandora’s Box and tearing the hinges off. Once that box has been pried open everything that had been hidden away and unacknowledged crawls from that dark place and lands under the microscope of Google, to be dissected and categorised.

This has the potential to be rather embarrassing, if previous SEO agencies or teams had been disavowing at the domain level (being honest, I’m sure many SEO specialists reading this will know times they have done that), then they will see the hidden URL gems that, unfortunately were painted with the same brush as the bad eggs. There will also be penalty worthy pages in there which, since you have removed the disavow blockage, show that you are not acting within the guidelines set by Google. The swift penalising gavel of Google is quick to pass judgment at both domain and URL level, while some say that they are minor penalties, in our industry there is no such thing as a minor penalty. Time a vital page is offline is information not being displayed, support not being delivered, business not being created and audience not being reached. 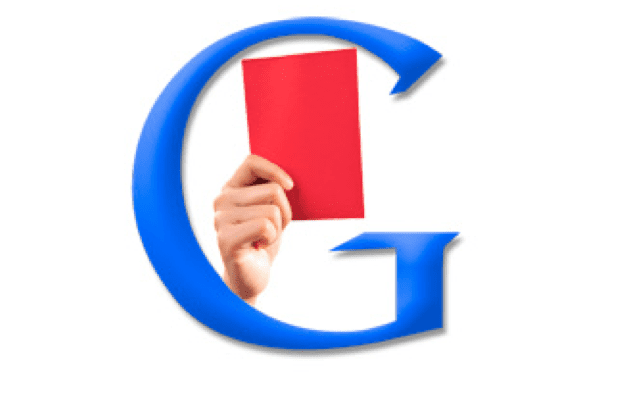 If you are considering dumping out the disavow file and “cleaning house” with it, it would be wise to keep in mind the old phrase “Don’t put all your eggs in one basket” or, in this case “don’t kick all of your eggs out of one basket!”.

When going through the disavow file, using a fine toothed comb and extra sets of eyes to check each and every domain and URL to find the diamonds in the rough. Will this process seem impossibly long? Yes. Will this be a strain on your company and sanity? Yes, absolutely, but by the end of it, you will have a potential gain in your linking domains and URLs and you will have done all you can do for now to keep the riff raff out of your web presence and in the broom cupboard of disavow where it rightfully belongs.

“I’d personally just keep it the way it was before. I know there’s some sites that have gone in and said okay, we’ll just disavow everything that’s been linking to us, and that was probably a bad strategy before and just as bad a strategy now and that’s something you might want to clean up. But in general, if you were using the disavow file for what it was meant to be used for, I would continue to use it like that.” – John Mueller, Google.

With all the talk about disavow, there is strong, sensible advice clearly stating that SEOs need to keep utilising the disavow tools and the disavow file when they know bad links raise their heads from a time when bad link building took place on the site.

I have seen a lot of people declaring that they are doing tests on experimental sites to see if there is a benefit to removing the disavow file. This is a waste of time and resources and will do nothing but tarnish your reputation, not to mention illogical. It is a blind gambit for people who do not have access to the tools necessary for advanced SEO tactics, especially if those people are still learning the trade.

A lot of this debate stemmed from a rumour, the rumour was that Google was changing the interaction of disavow, many people have jumped up on the band wagon, for both sides, without really getting the facts straight. They say if it isn’t broken, don’t fix it. They don’t say “If it isn’t broken, smash it, throw it out, dump it in the river and go with an opposite plan”. Since the lively discussion took place, Google have said that there has been no change to the disavow plan with the penguin 4.0 launch, and there is no plan as yet to change it any time soon.

So, with that explanation now out there, I hope the debate can end, people can see the wisdom and make sense of what is happening, and we can look to our own in house strategies going forward, if indeed they need to change. But for the very few of you who are still on the unnecessary fence out there, I just have this for you: if you are concerned, if you are in any doubt whatsoever as to which way you should hop down just remember, when in doubt, use the disavow.

Thanks to Martyn Clayton for sharing their advice and opinions in this post. Martyn Clayton is the Director of Client Relations at Intelligiants, an experienced SEO, keen to spread the word about the changes that are constantly occurring around us in the SEO landscapes. He like long walks, candle-lit dinners and heralding the changes in our industry that will affect your business.  You can follow him on @ TheMartynC or connect on LinkedIn.