Despite media criticism about the proliferation of 'fake news', some marketers see nothing wrong with using it to score flashy results for clients

SearchLeeds always brings a raft of quality talks from British agencies offering their opinions on hot-button issues and advice on alternative approaches you can try out for everything from SEO to PPC, CRO, and other triple-initialled areas of digital marketing. However, one talk caught my eye for the wrong reasons.

Oliver Brett from Screaming Frog delivered a talk titled ‘How to make fake news for links’, the description of which asks:

“Tired of infographics? Got a bunch of clients nobody’s ever heard of? Got no budget, but need top-level links? Why not orchestrate your own hilarious viral news stories for great exposure?”

Our free content marketing mistakes guide reveals the most common mistakes, but more importantly, what to do about them.

Everyone wants their content to go viral, but we shouldn’t use ‘viral’ as a synonym for ‘successful’ and I strongly disagree with the idea that creating fake news is a means of delivering results.

Let’s tackle these questions one at a time:

How a fake news campaign works

If you do not have experience with running fake news campaigns, you essentially create a story around a fake product, scenario or stunt to generate coverage from publications and responses from people who believe that it’s real. 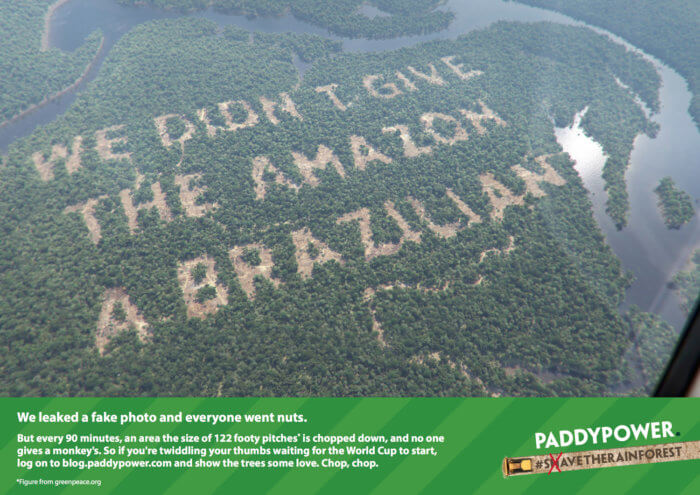 Paddy Power has built its reputation on outrageous stunts and a few of them have been fake news campaigns. Ahead of the 2014 FIFA World Cup in Brazil, Paddy Power faked a set of images that suggested they had chopped down areas of the Amazon Rainforest to write a message for the England national team.

They generated millions of Twitter impressions and coverage from media around the world, but its unveiling that it was all a hoax wasn’t just a laugh – it had a powerful message about the deterioration of nature coming second to interest in a football tournament. 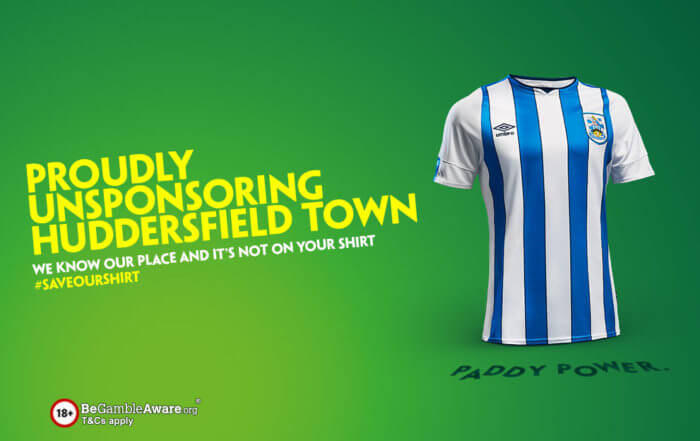 More recently, Paddy Power pulled a similar stunt when ‘sponsoring’ the Huddersfield FC kit by hideously plastering their name across the front of it. Fans were naturally outraged, and when Paddy Power revealed that the controversial kit was fake, the real message of the campaign was revealed – that sponsors too often turn football shirts into billboards and the best thing to do was ‘unsponsor’ Huddersfield FC. In one fell swoop, Paddy Power captured the public’s attention and put pressure on all the other companies occupying football kits across the UK.

However, the fake news campaigns that Brett discussed in his SearchLeeds talk have little to no social message behind them. When they do, they are used as insurance policies to disarm organizations who take the stunts seriously (such as the RSPCA tweeting Lyst about their ‘Canine Collection’ campaign, pretending they were selling dogs as accessories for outfits) rather than the ‘moral of the story’ that Paddy Power reveals at the end of their campaigns.

So long as the websites give you links and coverage, all is well, right?

Firstly, I think we’re safe to assume that everyone knows that ‘fake news’ has many names and comes in many forms:

We shouldn’t accept this in our media, so why should marketers actively create it, much less do so for a client that is entrusting its budget and brand image to them?

They won’t get you quality traffic

Let’s say that you achieve something an SME thought was impossible – you get them covered by a national newspaper website and the article’s got a link in it. Other sites are sharing and crediting your site so those links and impression numbers start climbing. This looks great, but what kind of people are going to actually click those links?

Let’s assume you’re marketing a fake product – readers react to a hilarious story and want to learn more about the product. They click through to your site and see that the product that got their attention is ‘out of stock’ or an outright joke. Do these sound like people who are going to come back to the website? Do you expect them to just stick around on your client’s site and end up ordering something else? In all likelihood, they’ll bounce right off the site.

In reality, small companies with even smaller budgets should target niche interest sites and ensure the small amount of traffic they earn is highly relevant to their site. 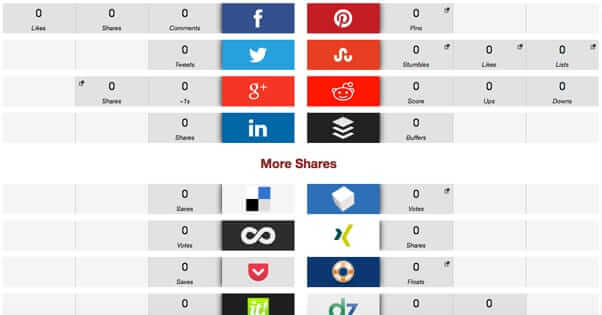 When you’re working with a limited budget, you need your ideas to be malleable enough to be re-used if things don’t go to plan. If you create an infographic and no-one wants to share it, you can try adding new information or visualizing things differently. Creating ranking content is a long-term strategy that means continually optimizing and improving your pages until they climb the SERPs. With a fake news campaign, there’s no fall-back option.

You can create a hilarious viral campaign in house and send it to your journo contacts, but if they don’t get the joke, your collateral can’t be repurposed into something else. You’re left holding the bag and have to explain to your client which of your future campaigns is going to make up for the lack of results – and what are they not going to trust you with in the future? Another fake news campaign.

I don’t mean that fake news campaigns don’t take a lot of time and energy to execute. What I mean is when you run a fake news campaign, you’re admitting that you don’t know how to make quality content for your sector or client. All you have is an idea, so you fashion a narrative where the idea IS the content and you construct an environment where the content is effective. Then you send it out to publications hoping that a journalist, desperate for a story people will react to, will either believe you or think their readers will believe you, so it gets coverage.

The whole world knows how your agency operates: you’re people-driven. You’re innovative. You’re big on career progression, an informal dress code, and free beer on a Friday. But if you can’t understand a client’s industry, conduct detailed research to improve your product knowledge, and create content that your client’s customers will enjoy, you aren’t being innovative – you’re admitting your shortcomings.

I understand why marketers like these campaigns. Small companies have limited resources so often need to see results quickly to justify their continued spend. Likewise, agencies want to keep their clients and deliver big numbers so that their relationship with the client will grow. These campaigns are often low in cost and high in results, but in a wider context they aren’t the kind of campaigns that will help clients gain long-term footholds in their industries:

If SEO is an activity that preaches quality over quantity, then fake news campaigns are risky attempts to have your cake and eat it too by trading on the emotions of people, rather than giving them something to improve themselves. You may be generating results that will help market your agency to others, but are you achieving meaningful results for the clients you already have?