The savvy advertiser will tell you that now, social media is the best avenue to reach a market whose decision-making process is influenced by what trends within their social circles online.

Our actionable guide to avoiding common social media marketing mistakes to help you avoid the pitfalls that limit engagement with your target audience.

As technology advanced, more people used social networks for business functions especially, focusing on consumer recommendations found on social media which were used to guide companies on the development of their products and marketing strategies. Additionally, the use of the power of social networks to learn and influence consumer behavior for brand development proved to be more efficient than traditional forms of advertising. Here are some reasons why influencer marketing goes beyond traditional marketing techniques;

Before one becomes a successful media influencer, they need to take time on developing a story for their audience and remain true to their cause. Attracting followers involves building trust with a fan base who come to believe in the influencers perspectives and opinions. Using well-known influencers to reach a specific audience will, in turn, create trust in the company’s product. Unlike traditional marketing, the word of the influencer will be more credible than a newspaper advertisement. Platforms such as NoxInfluencer allow for influencers to meet with brands and give brands the opportunity to vet influencer before engaging them.

The basic goal of advertising is to reach out to as many people as possible to create brand awareness. Influencer marketing is considered one of the most effective tools in reaching out to millions of people at the same time. When a social influencer campaign is launched effectively it has the potential to reach millions of people within a matter of minutes creating more awareness of a company and its products. Additionally, social media can reach out to new markets unknown to the company. By creating value for both the company and the influencer coupled with the influencer’s credibility to his following, social influencers create a more impacting experience. Some influencers have more than a million followers increasing the number of people reached with a single post.

3. Get a direct line to your target audience

Gone are the days of cold-calling where reaching to an interested party was a matter of luck. With social influencers, a company is given the ability to reach directly to a group of people who are already interested in a particular niche of products. Influencer have a following that has something in common with him, therefore, companies are saved from the hustle of looking for the right audience to give their message. For example, when Nike wants to use a social influencer to sponsor their products, they go for influencers in sports like Wayne Rooney who are known for sports and sportswear thus making it easier for them to reach and convince their clients of the authenticity of their products. 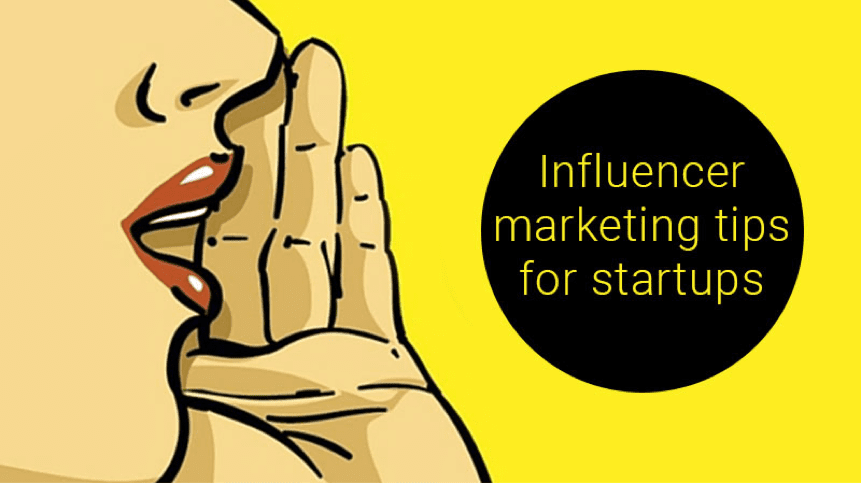 1. Consider your brand and find the right influencer

Before you go out to seek an influencer, consider what your company stands for and what message you want to get out there. Do not engage an influencer because of the number of followers he has but on the basis that he will reflect the image of your company and become an extension of your brand. In fact, most companies have said that the most difficult task is finding the right influencer. Focus on influencers who thrive in the same industry as you do, for easier communication and a better reach of your target audience. Invest in influencers who have ethics and will always portray a good image for your company. Remember, when you take in an influencer, their opinions will reflect the image of your company, avoid people with previous bad posts.

2. It is not all about numbers

When most people hear of social media influencers, they think numbers. When a social influencer with a million followers might be the ideal package, marketing is all about relevance. Most companies fail when using influencer marketing because they focus on the numbers and forget that it is all about the target audience. Do not focus on the numbers but rather on how much an influencer will reach your target audience and provoke action. Additionally, research has shown that using several influencers with several thousand dedicated followers who act is better than a big account that does not provoke action in its following.

3. Engage with your influencer

The trick with influencer marketing is about using the influencer’s prowess to wrap your message in a way that is appealing to his following, who are your target consumers. Allow the influencer to be creative while building your brand among his following. Do not impose rules and regulation but rather integrate to form a blend that will be a win-win for both parties.

NoxInfluencer is a platform that allows for brands and influencer to meet and engage in business. With an easy sign-up process, influencers are introduced to a world of brands from which to choose and pitch their proposal to work with them. With the freedom to choose campaigns, NoxInfluencer manages to give the power of creativity back to the influencer, something that most platforms have ignored. Brands login and post their advertisements to reach out to interested influencers.

Additionally, NoxInfluencer allows for connectivity to all social media and youtubers with more than 5k subscribers in a way exposing brands to a larger potential market. Trust is held by NoxInfluencer which ensures payment is made when both parties are satisfied. To manage its over 100k influencers the company has a self-service protocol where brands can engage with influencers at any time and control published content. On the contrary, brands are limited to paying memberships fee for their advertisements to be posted.

Octoloy is unique because it has primarily focused on the use of YouTube. Managing more than 800, 000 YouTube channels, Octoloy prides itself on honest and authentic reviews. Octoloy is easy to use because all is need is for brands to offer a free product to an influencer of their choice after reviewing their profiles. In as much as the platform is able to get authentic reviews, it is limited to YouTube and beauty products only.

There is also a range of different free tools which allow you connected with potential industry leading influencers, however, are basic in features.

Influencer marketing can be a great tool for a start-up company that is trying to penetrate the market. When used well influencer marketing is cheaper and more effective to other forms of marketing. When choosing an influencer, it is important to make sure that they can provoke action. A unique platform like NoxInfluencer would be the best choice for savvy brands and influencers alike.