How will blockchain disrupt the digital advertising industry?

Where is the digital advertising industry today?

The estimated cost of fraud in digital advertising in 2018 is around $19 billion and that figure is expected to grow by over 230% by 2022 to hit $44 billion (statista), according to the current variables. Much of the losses come from ‘non-human traffic’ or what’s known as ‘bot traffic’ but there are also other types of waste like ad-blocking software. Fraud losses will amount to 22% of video spending, according to Bot Baseline 2016–2017 | Fraud in Digital Advertising. That’s quite substantial, folks. While many are optimistic, others aren’t, especially with bots becoming better by the day at resembling humans.

Fraud aside, there are other challenges that are arguably less critical yet still important, such as personalization, engagement, and targeting. We have improved by leaps and bounds in such areas as we moved from traditional advertising to digital advertising. But have we perfected the system? We are far from it. Can blockchain be the answer? The blockchain and tech world are pushing that narrative and it seems as though there are a few solid models and solutions emerging that are quite promising.

Global brands like Accenture, Canon, GSK and HSBC—and thousands of digital marketers and business owners—are using our strategic frameworks to optimize their digital marketing. Many of our members working for smaller businesses have grown their businesses by over 50%—these are proven strategies that you can download and start applying to your business TODAY.

Being one of the biggest buzzwords in the tech world, if not the biggest right now, blockchain is familiar to many and so, we are not going to go into too much detail on what it is.

As we know it, blockchain is a technology and a system that at its core is dependent on the idea of peer-to-peer transactions through a shared ledger of every transaction taking place, which can’t be tampered with or changed and essentially creates a ‘trustless’ system that doesn’t require a middleman to monitor and audit. The individuals on the network put value in and out of the system through a process called ‘mining’, which is basically monitoring and ensuring the records are reliable and accurate. The product of this is an ecosystem where transactions are borderless, fast and cheap.

The Trading and investing side of this is only one limited view of the blockchain world. We're barely scratching the surface of this disruptive and possibly revolutionary technology. Think of the internet 30 years ago when we knew little about how much it can change and transform the way we do things and what value it can bring to our lives. While it may not be as transformative as the internet, many tech leaders and enthusiasts believe blockchain is going to be a game changer.

So, what can blockchain disrupt in digital marketing and advertising worlds?

Privacy has been a hot topic lately, especially after the latest Facebook privacy scandal and the overall general public’s lack of trust that has grown over the last few years around privacy and the way it is handled by large corporations. Is there an appetite for more privacy? And how big is that? The GDPR is a strong reflection of people’s desire for bringing back the long-lost privacy.

Many blockchain based startups are promising to bring back privacy. Amongst these, is Blockstack, which is a decentralized app network that lets you keep ownership of your data and maintain your privacy through the so-called ‘blockstack browser’. Essentially, the apps you are using on the network are ‘serverless’ meaning that your data is on your device. That’s a massive shift from the model we have today where most apps store your data including passwords on the app’s server.

A good example of how blockstack works is this Graphite docs app built on it. Graphite docs is basically an online docs app much like Google docs. Imagine you write up a word doc. On Google docs, that doc would be stored on Google’s servers. In comparison, on a Graphite doc, your document is encrypted, shareable, decentralized and Graphite never stores your identity or data. 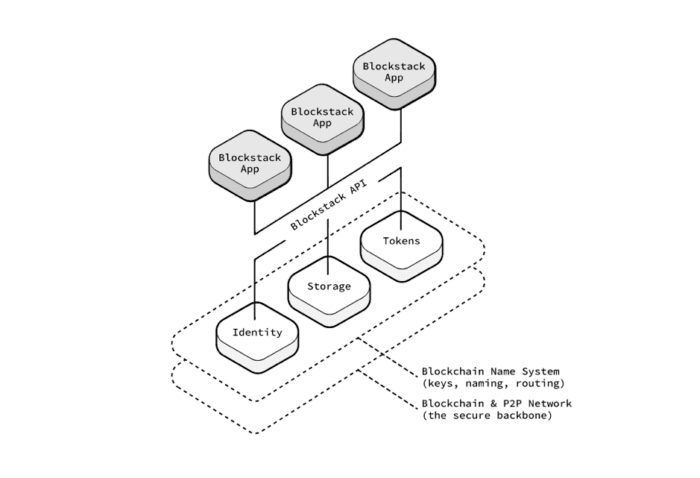 So how does that impact digital marketing and digital advertising? Well, if we are heading in the direction of ‘trustless’ technology and society, then the digital marketing world can be completely changed and disrupted by this concept.

You would start seeing a shift from current advertising platforms where data of consumers and advertisers are stored on servers to advertising engines and RLT platforms that operate on the ‘trustless’ and ‘decentralised’ blockchain networks. This means that data about consumers is encrypted and not accessible to publishers or anyone for that matter. For instance, Cambridge Analytica’s data leak would have never happened if users’ data was encrypted on the blockchain network.

Adex is another blockchain company aiming to disrupt the digital advertising industry built on Ethereum network. They have built an ad exchange platform for publishers and advertisers to use that promises to completely get rid of fraud and privacy issues yet give transparency to both ends.

You also have the Basic Attention Token (BAT), which was founded by Brendan Eich, the man who founded JavaScript and co-founded Mozilla and Firefox. BAT allows publishers, advertisers and users to exchange value, aka tokens, in one digital advertising ecosystem. Their Brave browser can measure the user’s attention and determine how publishers and advertisers are rewarded and charged. 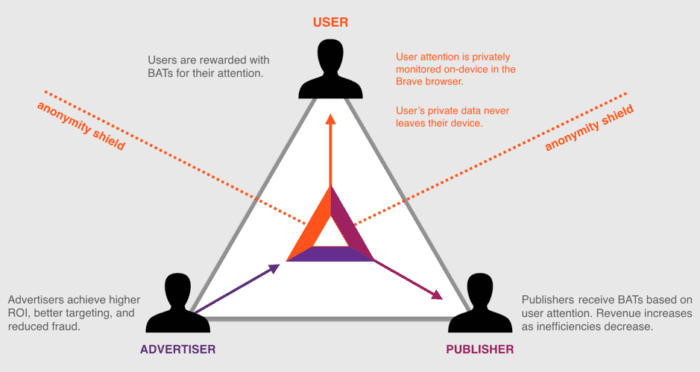 The ‘attention’ is basically the mental engagement on a certain advertisement. It’s a revolutionary concept in the making. Their model promises to reduce fraud dramatically because Publishers receive more revenue because middlemen are minimized. They claim this is achieved through their technology which leverages cryptography and better client-side integrity.

Thanks to Rani Arsanios for sharing his thoughts and opinions in this post. Founder and Managing Director of SAVV Digital, Rani helps organizations grow their top and bottom line by enabling their digital transformation and presence through strategic digital marketing and technology solutions.