What’s the ideal time to follow-up on online leads?

I was recently called by an email service provider following-up on a whitepaper I had downloaded. Nothing unusual there, it's a good B2B permission marketing practice and for high value consumer products or services too.

What stood out for me was that it was a full month after I had downloaded the document and they chastised me for not reading the paper when I said I hadn't had time to take a look. How about they followed-up sooner!

This got me thinking about when is the ideal time for a follow-up? Is immediate better or is this too "big-brother". Well I recalled some data on this from a while back and turned to my Google+ Email commentators circle who soon pointed me at the data I was thinking of from back in 2008. Thanks Brian Eisenberg and Riaz Kanani!

Here are the results... It's from a post on 5 tactics on lead follow-up based on a study from InsideSales.com which showed that the odds of contacting a lead by phone drops by 100x in the first 30 minutes... Compelling! 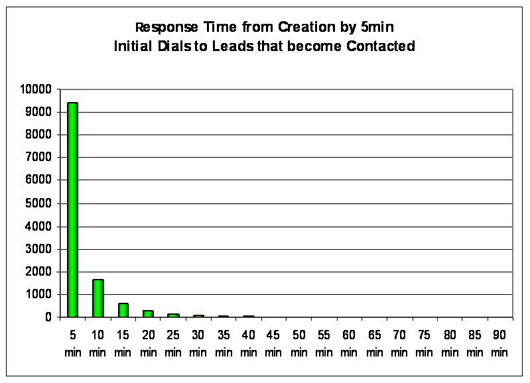 The report also has useful data on response by time of day which as we might expect shows earlier and later in the day are best. 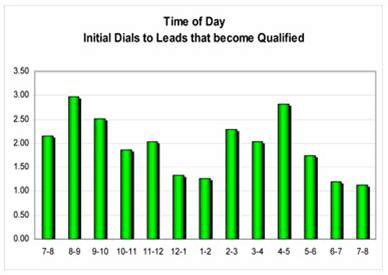 Checking out the latest 2011 data on web response follow-up by phone and email from an InsideSales report showed there are still difficulties in getting web response processes to work:

How do you compare to these?

To complete the picture, of companies that responded by email:

Still not great, but considerably better than previous surveys I've quoted in books where the majority didn't respond at all.

So, to wrap up, what are the implications? Well the actions are clear

3. Put in places the people, process and technology to hit your targets - always the most difficult.

I'd be interested in how readers have tackled the measures+people+process+technology issues if you've grappled with this problem. What works for you?

Custom landing page examples and best practice advice. Always use your data to inform your digital marketing strategy Discussion of web design in companies who don’t know the power of a strong landing page still often focuses on the homepage. …..