The American Inbox: The Modern State of Email in the Workplace

Chart of the Day: How often do Americans open and send emails per day?

The American worker spends a lot of time checking their email. All across the country people are spending large blocks of their workday in their inbox. But what exactly does the typical American inbox at work look like?

Email marketing company Reachmail surveyed one thousand American workers who consider email significant to their job. The survey focused on 4 core areas relating to email use at work:

The goal of the survey was to get a better look at how American’s deal with email while at work. As a result of the survey, they discovered several interesting trends. 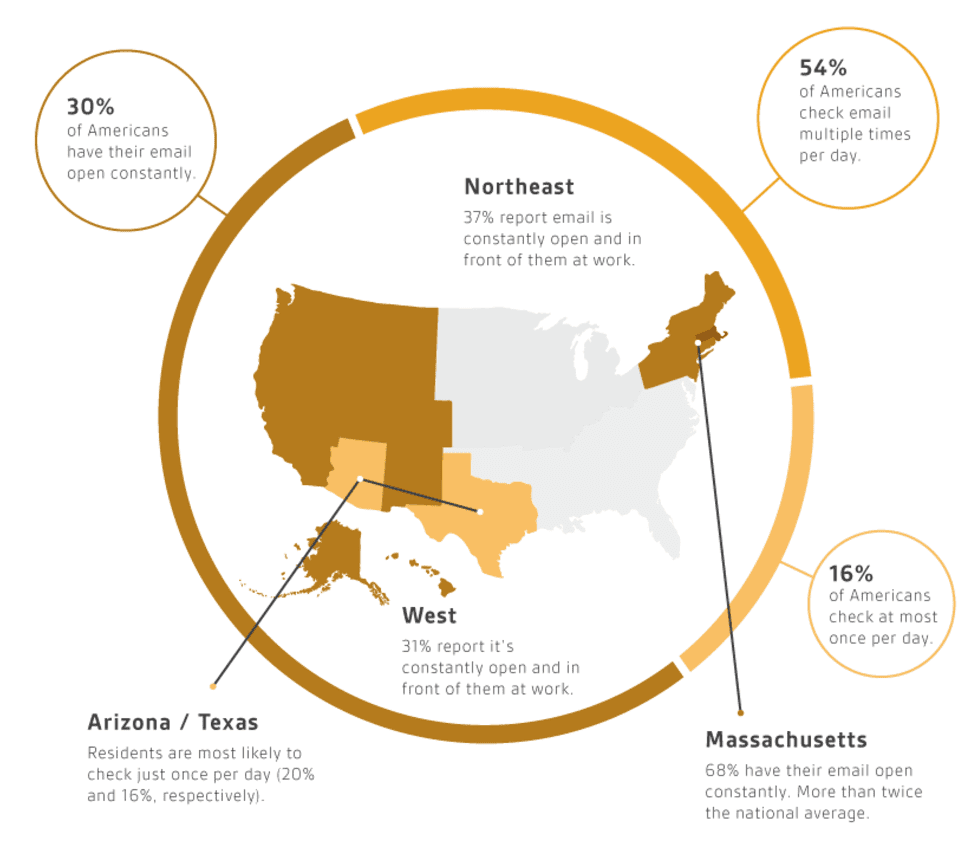 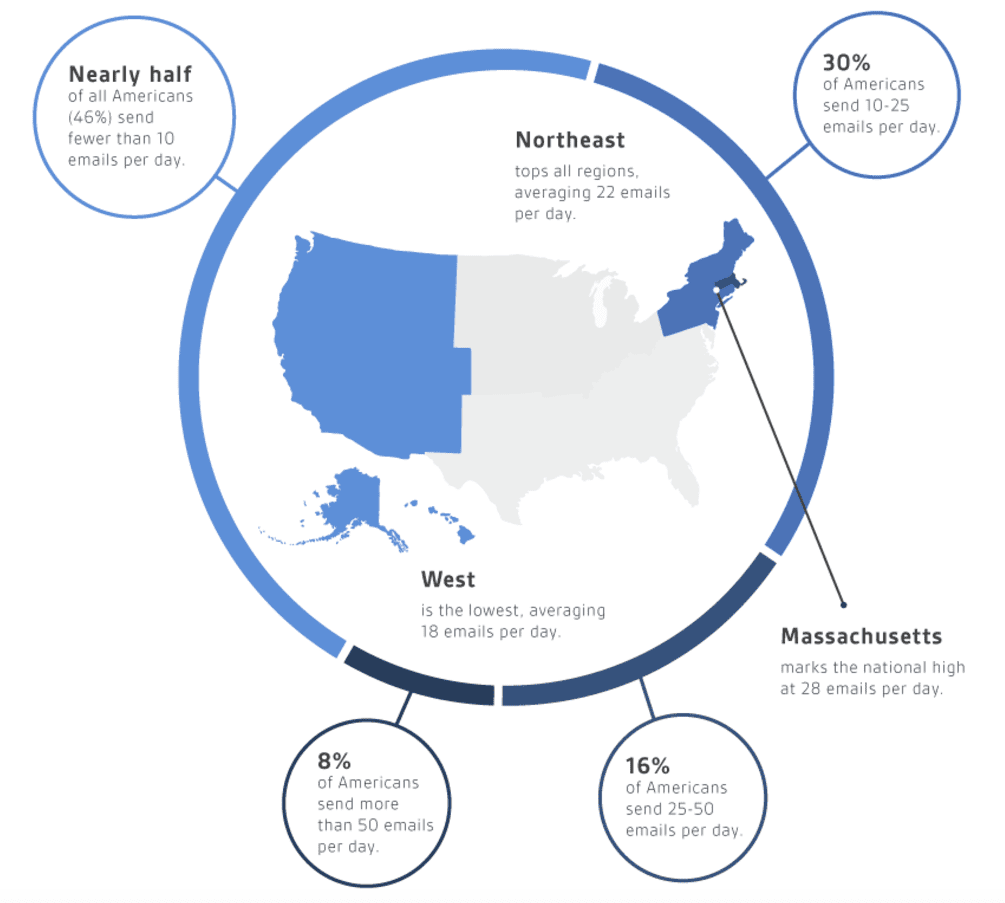 58% of Americans say that they respond to emails typically within 1 hour. The slowest to respond are New Yorkers who average a day or more to respond. Most American’s typically respond between 1-6 hours to work emails. 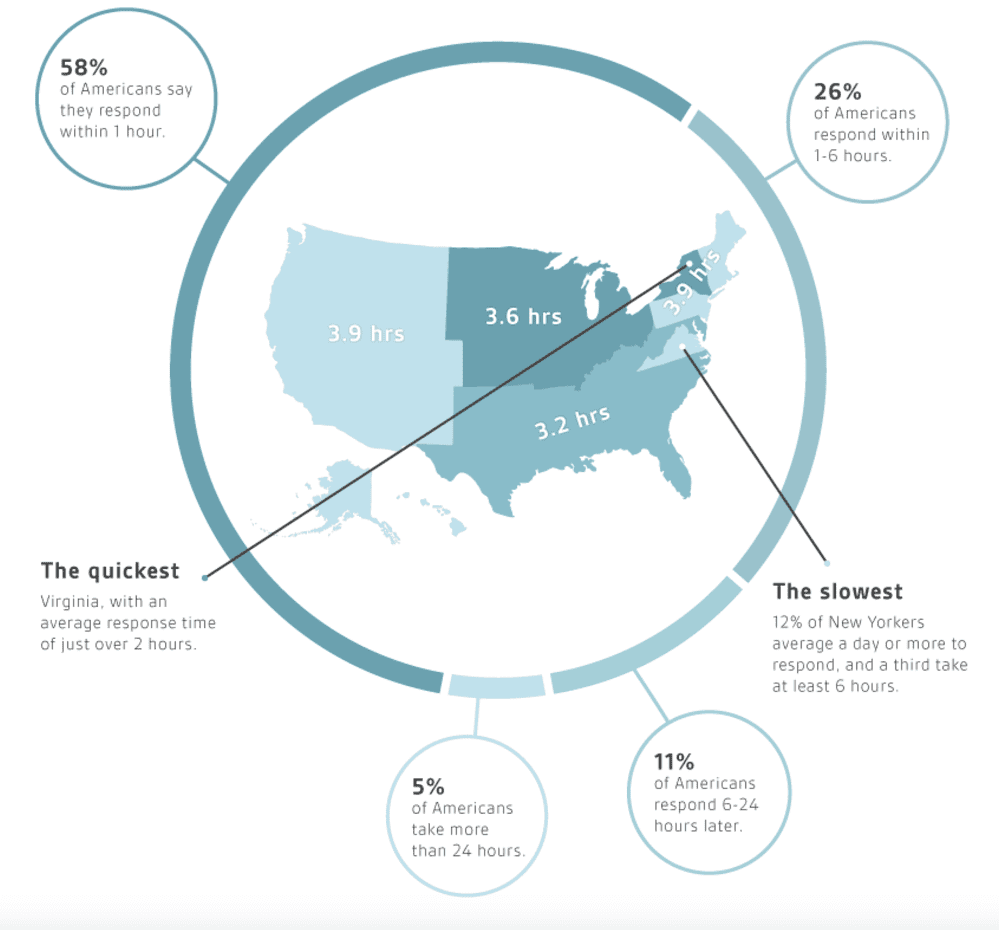 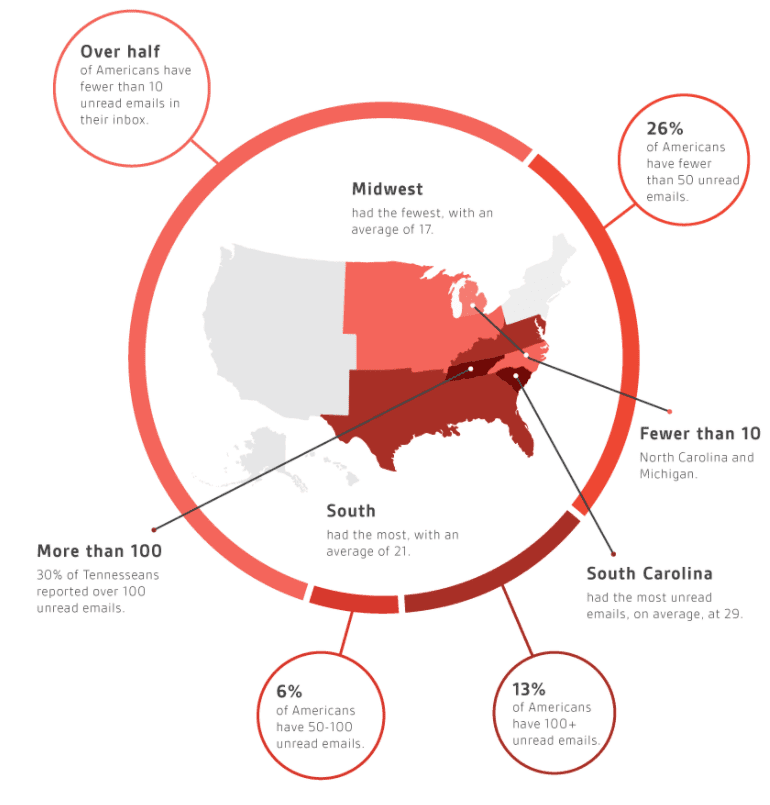