The triumph of Pokémon GO [#ChartoftheDay]

Customer engagement
Chart of the Week

The hype-machine is very much in gear when it comes to Pokémon GO. We've seen at the top of the app store for downloads since it came out, and all manner of viral videos involving it. You may have heard about the number of Pokémon GO downloads which are astounding with over 65 million downloads and 10 percent of Android users who have downloaded the game.

But it doesn't look like GO is just a quick 'flash in the pan'. People are doing a lot more than just downloading it. According to data from SimilarWeb, Pokémon GO is the leading app for daily engagement time in the US right now. It's users are on the app for an incredible 43 minutes a day, double other engaging platforms like Instagram and Snapchat and four times what Facebook messenger manages.

These are pretty amazing engagement stats, and whilst Pokémon GO's daily usage will probably slip down gradually as the hype dies down, it does show the power of augmented reality.Pokémon GO could be for augmented reality like the iPod was for music players. There were plenty of makes of MP3 player before the iPod, but they didn't take off until the iPod made them a must have gadget. Now many more app makers will probably start experimenting with augmented reality. The phenomenon is so massive some journalists are now starting to wonder if it says something about generation Y, perhaps pointing to a degree of millennial nostalgia which marketers may be able to tap into. We've also seen sales of 10-year-old Pokemon games spike, which may point to a demand for retro products. 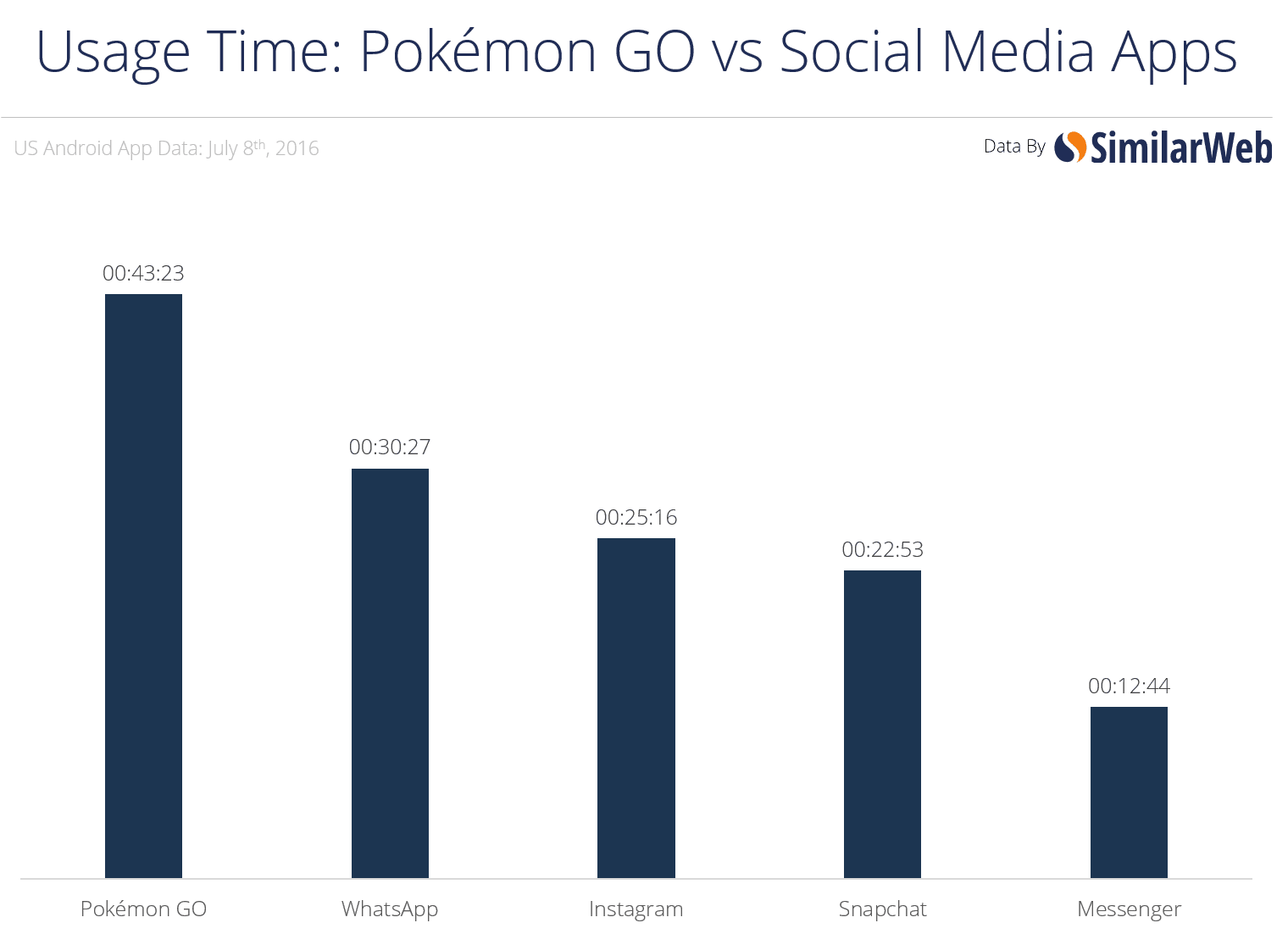