The future of voice interface

As the speed of technology and the pace of our lives have picked up, many new technological innovations have been brought about. One such innovation is voice technology, which has become an increasingly-popular interface for answering search queries or interacting with modern technology such as Siri, vehicular intelligence systems, or hands-free entertainment systems.

While there are many who project that voice search will become the interface of the future, there are still a lot of limitations that, if unchanged, will keep voice interfaces from becoming as dominant as some predict.

To save you time in searching for the latest, most reliable online marketing benchmarks, our compilation gives you a single source of the latest and most reliable sources to help you compare your investments in digital channels and your performance against others.

This said, voice search will continue to be a major player in the tech industry, as its usefulness expands and becomes further integrated with modern technology.

In this article, we are going to take a critical look at the future of voice-based interfaces and the potential that this emerging technology may have to transform the way we search, do business and complete daily tasks. 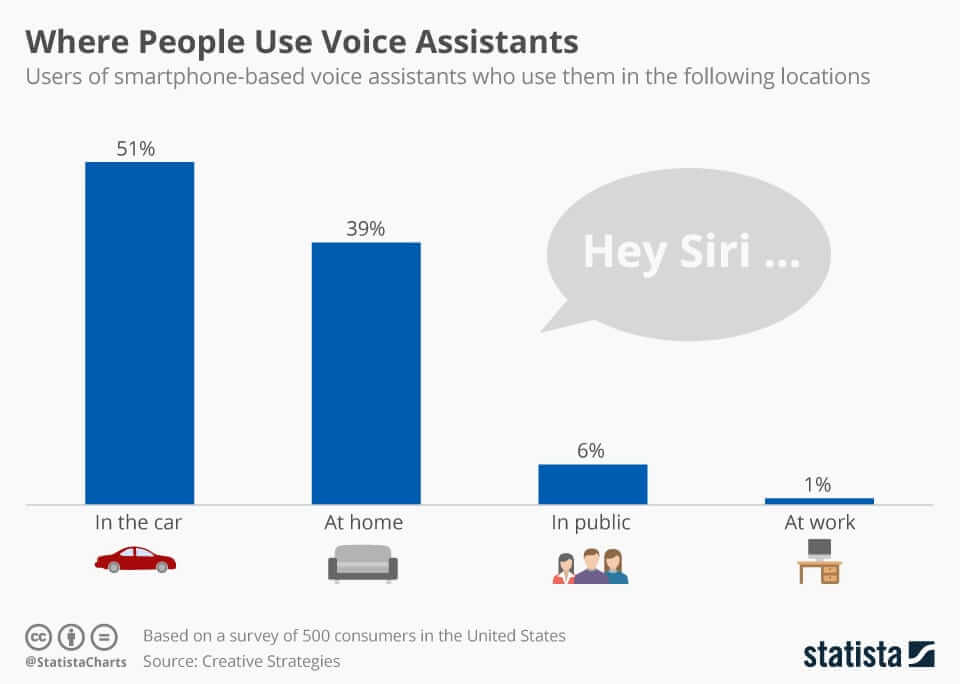 Why is voice search taking off?

Let’s start by looking at some of the reasons why more people are using voice-based interfaces as their preferred search method and why voice search will continue to expand its search volume.

Some reasons why voice search has become increasingly popular are:

Speaking is faster than typing

Voice-controlled interfaces allow users to perform a search query or perform a task much more quickly than text-based interfaces. The ability to speak rather than type is too simple and inviting for most users to pass it up.

It provides usability for those who are disabled

One of the major benefits of voice interface is that it provides a way for disabled persons to interact with a platform. Even though they may not be able to control a physical interface – a remote control or text-based interface – they can perform tasks with voice control.

You can use it and be hands-free

Another popular use for voice-based interfaces is the ability to control a program while hands-free. This point has endless possibilities and uses. For example, you might be cleaning the house and want to turn on some music without having to walk over to your media system.

You may need to ask your vehicle’s navigation system for directions while driving. Or maybe you just want to order a pizza without having to use your mobile app. There is no end to the different situations in which a hands-free interface can be useful.

Let’s face it, voice-controlled interfaces are just fun to use! You feel like royalty, able to do almost anything just by saying the word. Start your car? Done. Order dinner? Voila. Need to schedule a haircut? Consider it done. You have the control of your world at the tip of your tongue. Nobody can dispute the point that voice interfaces are enjoyable.

These and others are just some of the reasons why voice-controlled interfaces have become incredibly popular over the past several years and why almost all modern software has implemented this feature.

What is holding voice interface back?

There are tech analysts who will tell you that voice interfaces will revolutionize technology as we know it and become the medium of the future, dominating text and touch interfaces due to its ease of use. 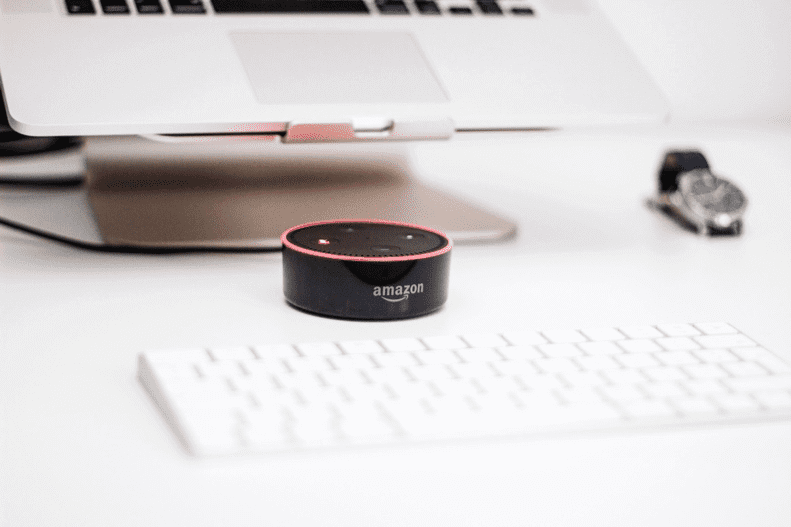 One of the biggest downsides of using voice is that you aren’t able to multitask like you can with text-based or visual interfaces.

For example, let's say that you are cooking and use a voice-based platform to look up a recipe. Well, a voice-based interface will start reading out your recipe from the top of the page to the bottom and unless you’re writing down the recipe it could be hard to make sure that you got each step without having to start over.

It’s little factors like this that demonstrate that while voice search is faster for one-off questions or controlling your environment, voice interfaces alone are not advanced enough to carry out more complex actions.

Most people who have used a voice-based interface will be quick to tell you that it is often prone to mistakes. When you’re using voice search as an interface to search the web, you often run into problems when you mispronounce a word. For this reason, when you’re searching for something that can easily be mistaken by voice-search, text-based search will usually be a quicker option, as you can avoid mistakes.

Voice search is very difficult to use in public social settings when you’re completing tasks or personal web searches and don’t need everyone around you to hear what you’re searching for. Not only do you want to maintain a level of privacy, but everyone around you would appreciate not being interrupted as you loudly speak into your phone and receive audible results.

It is for this reason that voice search has been most popular in private social settings, such as a car entertainment system, home media system, TV, Alexa, and others. Voice interface is increasingly dominant in the private setting, as users perform searches or do other tasks by merely speaking, and without the public social consequences.

What is the future of voice interface?

Given the unpredictability and rapid evolvement of technology, it’s difficult to predict the future of voice interface technology. However, it’s fun to look at our surrounding environment and speculate where we may be headed. Rather than speculating, let’s take an analytical look at what factors will influence the future usage of voice.

Let’s begin by reviewing the positive aspects of voice interface. Voice has many positive features that make it a popular search option. These include its convenience, ease of use, speed, and hands-free capability, among others.

The future of voice is likely to become one interface that is completely integrated with visual and voice so that you have the best of both worlds. If you want to use voice commands, then it will be able to, but you will also have the ability to visualize everything at the same time if you become confused. This way you are able to do complex tasks with simple voice commands, which is what voice interfaces lack at this point in their development. 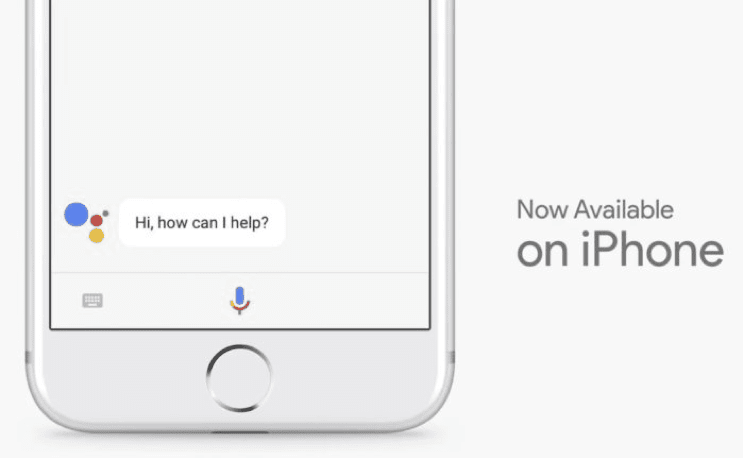 We can see a glimpse into this reality through more recent tech devices such as the Amazon Echo Show and the Google Assistant, which both focus on combining voice and visual UI’s to make a more useful experience.

While voice-based interfaces are in the beginning stages of their development, they will continue to be developed and integrated with modern technology at a breathtaking rate of speed. Though there are some functional issues with the practical use of voice interfaces, I believe that we are just starting to see the beginning of a one interface world where touch, voice, and visuals are all integrated with each other to provide a better user experience.

Leighton Burley is the founder of ARTIISEO, a digital marketing agency in Winnipeg, Canada. With over 10 years of experience in digital marketing, Leighton has worked with some of the top brands and agencies in North America. This experience has helped him develop a wide knowledge of the marketing industry. He also writes extensively about marketing, entrepreneurialism, and business at his agency’s blog.