The pinnacle event for traditional, broadcast advertising is going social, according to two of the major advertisers Mercedes Benz and Audi (of America). It's worth taking note as the Superbowl is famed for some pretty big campaigns the eventually go global - we'd have to assume there'll be some great, creative thinking. 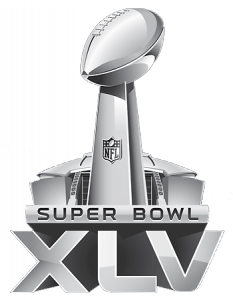 It's already appearing a competitive launch pad for new thinking, Mercedes Benz' VP of marketing, Stephen Cannon, is quoted in USA Today saying "We're using the 2011 Super Bowl as our head-long plunge into committing to social media "€¦it's our strategic leap of faith". That last comment is insightful?

Mercedes are also claiming that in the next few years they plan to create cars targeting a much younger demographic, though intends to be much more social-media savvy long before that, Cannon says.

Hmm - surely you create the product first to inspire engagement and conversation?

Of course with 68 marketing slots - the US public can expect brands clamouring for Facebook Likes left, right and centre or at least running strong social media components across their campaigns. But beware! "Most efforts won't be able to stand out amidst the flood of 'Let's Do a Facebook Contest About the Super Bowl' marketing lemmings," says social media guru Jay Baer from Convince and Convert.

Here's what USA Today are reporting the two big car brands are planning:

So there's a common theme in terms of monitoring and finding key influencers and rewarding the best via a simple content. Fingers crossed we'll see some top draw creative that is really aligned to the brand's customers during such a bif event, and not just social media campaigns for the sake of it! We'll keep you posted as more emerges. What are your thoughts?