From the politically driven to the funny, our favorite adverts of 2017 so far

We look at some of the best ads from 2017 so far. We have featured some of the most clever, moving and funny ads from the year. We also feature ads that have been thought-provoking covering some of the more controversial topics this year such as politics, immigration, and gender issues. Here are our top 25...

Superbowl is one of the biggest advertising opportunities in the US, costing around 5million for a 30-second slot. Only the biggest and best brands can compete for their place. One stand out advert was Skittles, with their funny take on a romantic gesture.

Heineken released their campaign #Worldsapart earlier this year, with the question 'Can two strangers with opposing views prove that there’s more that unites than divides us?'. The film features a feminist, environmental activist and a transgender woman. They pair them with individuals who have the opposite or extreme views on the topic. Find out what happens when they are asked to dicuss their differences over a beer.

Macmillan Cancer Support 'A dad with cancer is still a dad'

Macmillan explores what ordinary life looks like when you’re living with a cancer diagnosis. An eye opening series of adverts looking at the life of a dad, lover, sister, and friend. Find all four adverts here.

Samsung has given an ostrich the ability to fly with the power of VR. This playful Ad looks to push their product Gear VR. Trying to advertise VR previously has been hard from brands, but we think Samsung has nailed this one on the head.

Print advertising may be old-school but Burger King did well getting so much coverage with their latest print ads. Promoting their key selling point that all their burgers are flame grilled. 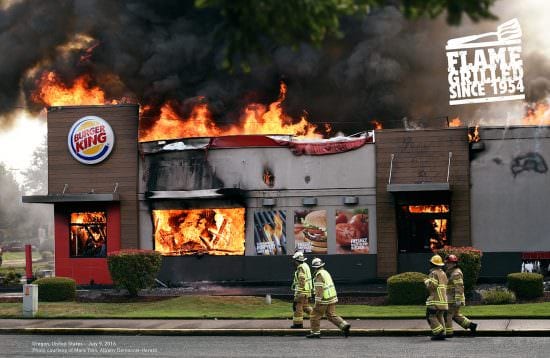 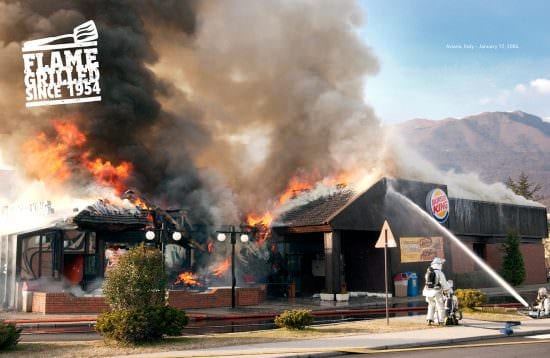 Coca-Cola's attempts to subtly bring LGBT inclusivity into their popular advert. Featuring a story of a pool boy and a brother and sister who both lust after him, only to be upstaged by their mum.

Apple used narration from Carl Sagan's book 'Pale Blue Dot', in response to Trump pulling the US out of the Paris climate accord. It calls its viewers to act and preserve the world we live on. All imagery used was shot on an iPhone.

This ad did not come from Heinz but from 'Mad Men's' creative director Don Draper. Now 50 years later the “Pass the Heinz” campaign has become a real life idea. 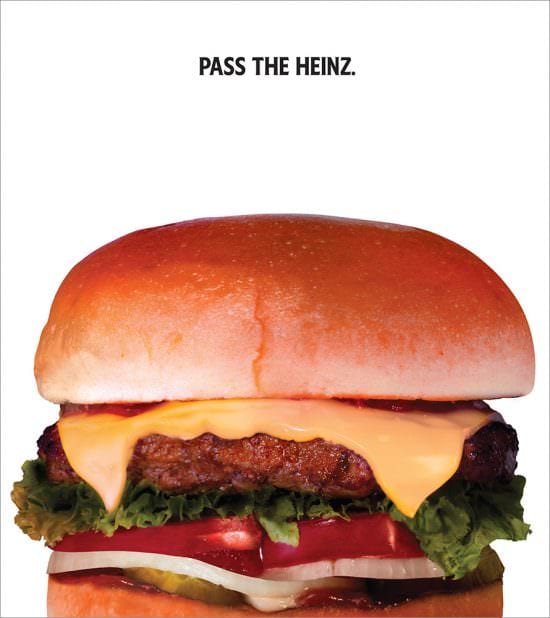 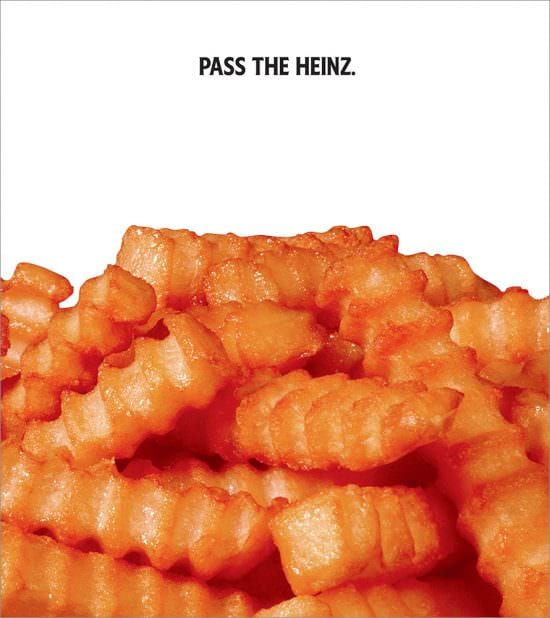 A recent ad from KFC focuses on the fact they use 100% and nothing else. But the ad left viewers outraged, particularly animal activists, Peta. KFC did not intend to upset viewers but instead, show that they have made positive steps to sourcing better produce.

IKEA are great at setting the scene of a perfect home. Their latest advert promotes the importance of the living room and its relaxing qualities, using a lion as its main character. IKEA said they wanted to 'Inspire the nation to reclaim their living rooms – challenging everyone to think of it as a personal sanctuary to relax and recharge.'

Mircosoft aim to encourage girls to pursue degrees and careers in STEM. Using young girls with big dreams they look to help them change the world, using the tag line 'Change the world, stay in STEM'.

Barbie has been on a mission to break down the stereotypical walls of girls who play with barbies and take a new marketing angle. Thye released an ad earlier this year focusing on the relationship between a father and daughter. Encouraging Dads to enter into their little girl's imagery world.

Carlsberg seeks to position themselves as an icon of Danish lifestyle, featuring Danish actor, Mads Mikkelsen. The ad ends with the Carlsberg brewery in Copenhagen, where he is handed a pint of Export.

Little Fighters' created by Pampers and Saatchi & Saatchi was released to mark the launch of its Preemie nappies for premature babies. The advert looks to raise awareness of its smallest nappy yet and the struggle their parents and families face.

The New York Times 'The truth is hard'

This is New York Times first ever advert. A simple ad with a simple message, using just typography and sound to illustrate that they only publish the truth. They also released complimentry short ads on the truth behind journalism. These are hard hitting ads having teh right impact and beinging to light the hardship our world is facing today.

Taking a more creative approach to their advertising, Hyundai focus on the stereotypical buyers of hybrid cars. Addressing the thoughts and opinions people have of hybrid drivers.

Audi's has also jumped on the political band wagon and address the issue of equal pay. A father watches his daughter in a race and talks about how he dreads the day he has to explain to her that we live in a world that values men over women. A moving and thought provoking advert.

Originally a super bowl ad but it was deemed too controversial for broadcast. The story follows a mother and daughter’s migrant journey from Mexico to the US, but to find some workers building a wall around the border. The ad ends with the line, 'The will to succeed is always welcome here.'

Vauxhall has rolled out a new campaign to promote the 'Crossland X SUV'. The ad features mums who may end up wearing their pyjamas all day, but do so with 'swagger'. The ad looks to target the working mum through a humorous and creative approach.

Adobe takes a comical look at the relationship between art directors, designers, and marketers, in a campaign to promote its Adobe Stock software.

Danish broadcaster TV2 looks to prove we have more in common than we think, celebrating acceptance and diversity in their latest advert. The ad was released on the same day that Trump signed the order to ban those from seven Muslim-majority countries entering the US. This ad focuses on want unites us, not what divides us.

Sprint 'No need for extreme measures'

A funny and to the point advert from sprint showing the extremes people go to get out of phone contracts. Another popular ad from the Superbowl.

Following on from their latest advert 'The wedding' featuring Martin Freeman, Vodafone has released a second advert promoting their interior coverage. Reinforcing their message that they have the best coverage in the UK.

GE’s 'What If Millie Dresselhaus, Female Scientist, Was Treated Like a Celebrity'

We are obsessed with celebrity culture from Kim Kardashian to Beyonce. GE look at what our world would look like if you treated scientists and great inventors of our time as we do celebrities. The aim of the advert is to achieve their goal of placing 20,000 women in tech roles by 2020.

We have seen a great mix of ads in 2017 and it will be interesting to see what the next 5 months bring in the advertising world. I predict we will see more politically inspired commercials, reaching out to audiences who are becoming more concerned with current events and global issues.

What has been your favorite advert of 2017 so far? Please let us know by tweeting us or comment below.