Campaign of the Week: Can you hear Coca-Cola’s new print ad?

Campaign creative
Campaign of the Week

“Try not to hear this” is the tempting message behind this campaign, and you’d be hard pressed to find many consumers capable of doing so.

Coca-Cola’s latest campaign reminds us all of the position this brand occupies not just in the market, but in our own subconscious. All that’s required to hear the satisfying sound that precedes the experience of drinking Coca-Cola is catching sight of one of the three print ads that make up this series: 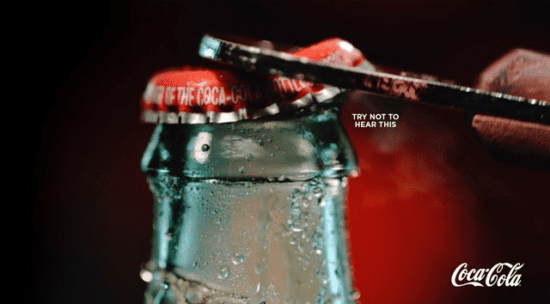 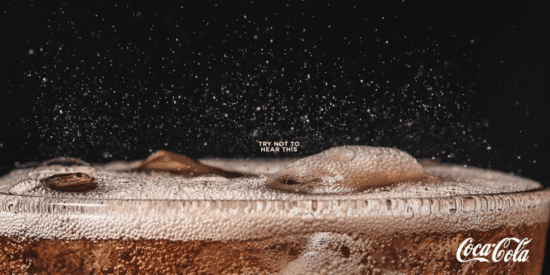 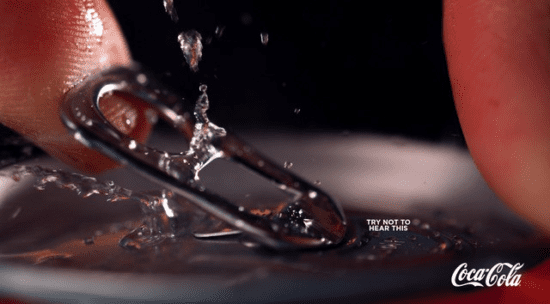 This campaign plays on the sensory and neurological phenomenon known as ‘synaesthesia’, which can produce powerful results in the mind by leading our senses to overlap.

Sounds can produce the sensation of touch in parts of the body or specific words can appear as a particular colour. In this series of ads, images and some tempting wording succeed in making us hear the sound associated with the image. 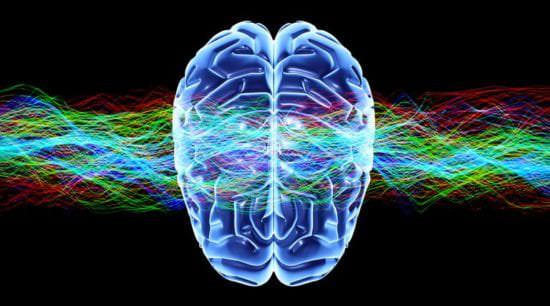 Synaesthesia leads an initial stimulus to automatically and involuntarily evoke a secondary response. Few brands, however, can enjoy the customer loyalty and market position that allows Coca-Cola to force human minds to so clearly associate an image to the sound of their product.

Memorable sounds often contribute to memorable advertising campaigns, which is what has made sonic, or audio, branding such a key concept in setting brands apart from competitors. From sounds you hear when using or consuming a product to the catchy jingles which accompany many campaigns or brands, the importance of audio has long been recognized in advertising.

Take Rice Krispies, where the onomatopoeic ‘Snap! Crackle! Pop!’ of the eating experience led to the cereal’s slogan and then the names of the cereal’s cartoon mascots. 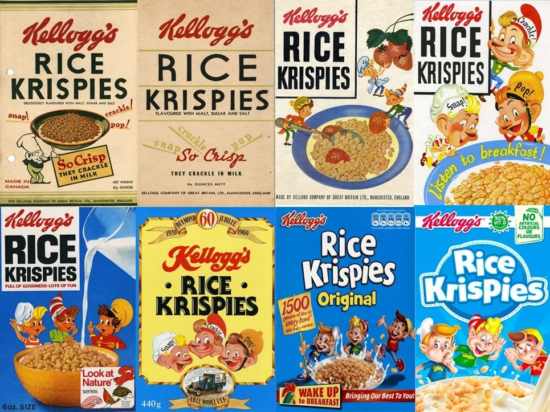 This instantly recognizable sound has been the backing track to many children’s (and a fair few adults’) breakfast times since the product arrived on shelves back in the 1920s.

The iconic slogan of ‘Snap! Crackle! Pop!’ didn’t appear until a 1932 radio ad which concentrated on this unique sound, and since then it has been ever-present in the cereal’s branding.

Similarly snappy is the association consumers make with the Kit Kat brand. Catch sight of a Kit Kat commercial and the image of a snapped Kit Kat evokes the same kind of cognitive response as the Coca-Cola images. 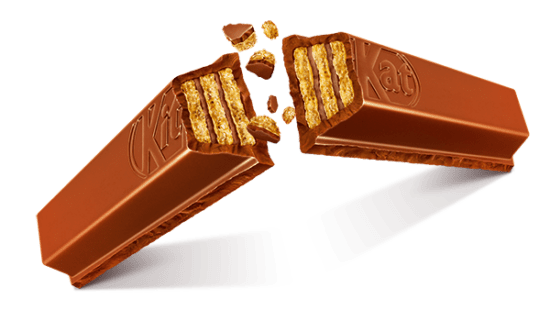 Certain brands have less to work with in terms of the sound of their product, so jingles and sonic devices facilitate this process of cognitive association. The most-recognizable jingles include the likes of LG, Intel and HBO, all of which can be instantly identified simply by overhearing the sound of an advert from a neighbouring room.

Why is Coca-Cola ramping up its marketing efforts?

Coca-Cola’s recent marketing input - from this series of print ads to the 'tattoo can' campaign - reflect the fact that the brand is having to go above and beyond to match previous annual revenues.

As the world becomes increasingly health conscious, it would appear that Coca-Cola and its many affiliated products now require increasingly concerted marketing efforts.

Comparing Coca-Cola’s stagnant growth since the late-noughties to that of the brand’s main competitors, Pepsico, also speaks volumes for Coca-Cola’s struggles:

You could say that figures like these should come with a “Try not to read this” warning for Coca-Cola. Presumably, the bright minds at DAVID who are behind the “Try not to hear this” campaign were brought on-board, therefore, to turn around the steady decline in Coca-Cola’s revenues.

The ingenuity behind this campaign uses a well-judged and accurate presumption that cans opening, bottle caps popping and soft drinks bubbling away all remind consumers of one brand and one product: Coca-Cola.

Drawing similarities with Coca-Cola’s annual Christmas truck campaign, there is a healthy dose of the nostalgic in the “Try not to hear this” ads. 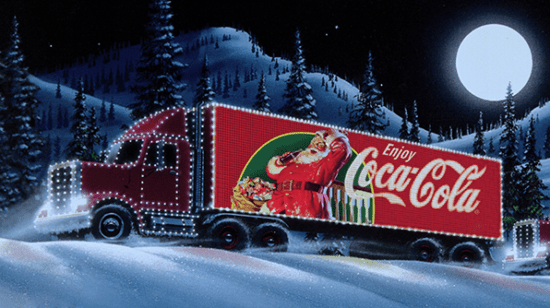 Consumers are being told to try not to hear these iconic, Coca-Cola associated sounds. Essentially, the experience we have always associated with Coca-Cola is now being used to sell it. Yet, if a consumer has stopped buying Coca-Cola, it seems unlikely that this is simply because they’ve forgotten the experience that the product offers.

In an ever-changing market, it feels risky to assume that something which has always been successful (that is, the Coca-Cola product) will continue to be so. Fans of Coca-Cola may be tempted by the new series of ads, but what will these ads do to draw in new consumers to the product?

A brand trying to re-connect with young consumers

Coca-Cola have gone to great lengths to draw younger generations back to their product. The “Because I Can” Diet-Coke campaign, launched in February 2018, was a direct appeal to these consumers.

Following its launch though, it faced heavy criticism for its strangely targeted messaging:

Diet-Coke's new flavours and rebranding also demonstrate that this classic soft drink was failing to appeal to the changing tastes of consumers - the product needed to diversify. 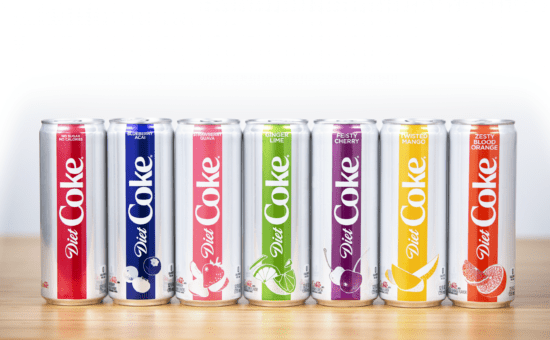 For those who saw our previous Campaign of the week on the British Army’s millennial-targeting “Snowflakes” campaign, it would appear that organizations across the globe are going to great lengths to engage with the Millennial generation.

Arguably more complex in their spending habits, more health conscious and more environmentally aware than any generation before them, these features have meant advertisers must become increasingly astute in order to deliver results among younger consumers.

The simplicity and intelligence of the “Try not to hear this” Coca-Cola campaign may well succeed for these very reasons. To expect recent campaigns to resolve Coca-Cola’s sales stagnation, however, would be to underestimate the scale of the challenges this brand and industry face.

This campaign’s ability to manipulate the senses is innovative and intelligent in equal measure, demonstrating that print advertising still has a role to play despite huge shifts towards digital.

On the other hand, the wide-ranging pressures limiting Coca-Cola’s sales quite clearly reflect changing tastes. Consumers are both aware of the risks posed by sugary drinks and sceptical of the health effects of artificial sweeteners.

Should recent campaigns and rebrands fail to turn around their financial fortunes, then there is sure to be a lot of head-scratching at Coca-Cola HQ.

What is Integrated Marketing?

Definitions of Integrated Marketing and why integrated omnichannel marketing is essential to the success of your business Without getting too Aristotelian, with marketing, the whole is most certainly more than the sum of its parts – when it’s done right …..