Omnisearch will let Twitter 'provide search as a service'

Twitter's dev team have been rather busy of late. They've refreshed the Home timeline to highlight the best Tweets first, introduced tailored content via Highlights for Android, and personalized the search results and trends pages. This, of course, is all in response to lackluster Follower growth and losing market share to competitors like Facebook and Instagram, which, unlike Twitter, sort their content via an algorithm which predicts what users will want to see.

Twitter is sticking with the reverse chronological feed because, after all, that's what makes Twitter Twitter. But because of the obvious popularity of algorithmically curated content, it is going to be showing more and more content based on relevancy to the user, rather than just what happened to be the last thing Tweeted. 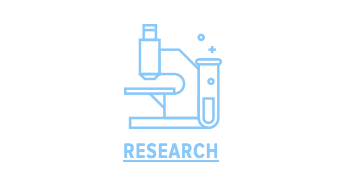 To effectively decide which Tweets users will want to see, Twitter is building a new system called 'Omnisearch'. This will let Twitter's search function perform more intelligently, and let users search for things they can't currently specify at the moment, like only surfacing Tweets with gifs in for example. You may also be able to search Periscope broadcasts, 'moments' or Vines. In Twitter's own words, they want Omnisearch to let Twitter 'provide search as a service, allowing us to build entirely new kinds of products'.

Nothing has gone live with Omnisearch as of yet, as it is still in development. But expect to see big changes to Twitter when it does roll it out. We'll update you when it does.

5 statistics to inform your social media strategy in 2020

There are many factors that can affect your strategy and new research is always churning up findings that you can make use of We’ve written a lot on why you need a social media strategy and have given plenty of …..

Every social media platform is different, which means there are different rules you should keep in mind when creating social media posts When it comes to social media marketing, it is important to be aware of the differences between the …..