Snapchat's massive popularity with twenty-somethings and teenagers has driven its massive growth, from an already impressive 50 million daily active users back 2014 to nearly 200 million today. Its users are highly engaged, and spend an average of 20-30 minutes per day on the App, fueling 10 billion daily video views.

The platform introduced some very basic advertising, in an attempt to monetise back in 2014. Now it's popularity has exploded, it will be looking into going public and increasing revenues, which means offering more and better ad options. So that is exactly what Snapchat has done, announcing an impressive range of new ad types as well the launch of an API for ads on June 13.

Snapchat stories let you see what people you are following are posting. Snapchat recently added an 'auto-advance' feature where when one person's story (a series of videos or pictures) comes to end, it automatically switches to the story of the next person in your list of followers. Now short video ads can be purchases which will appear occasionally when auto-advance switches people to the next story. It's basically like an ad break between TV programs, except it lasts a matter of seconds.

Until now, any advertising on Snapchat was always going to be about building brand awareness or excitement around a particular event. They were never going to be any good for clicks or other metrics because of how the app works. But with the new 'Snap ads' feature, users can now swipe up to download a promoted app, read an article, watch a longer video or visit a mobile website. If you're looking to promote your e-commerce store to younger audiences, this could well be the solution you were looking for.

Rather than having to strike a deal with Snapchat for each ad campaign, brands can now utilize Snapchat's new API to buy ads programmatically. This should help make it easier for brands to start experimenting.

Snapchat is leapfrogging the more established social ad providers (Facebook, Twitter, LinkedIn etc.) by facilitating much greater creativeness so brands can better engage their audiences. With the rise of ad blockers and the general 'banner blindness' of people exposed to thousands of ads per day, people don't like being interrupted and being forced to watch even a relatively short ad.

Because users spend a fair amount of time playing around with the lenses before sending them, it means brands can make more of an impact than via traditional banners or video ads which often get ignored. 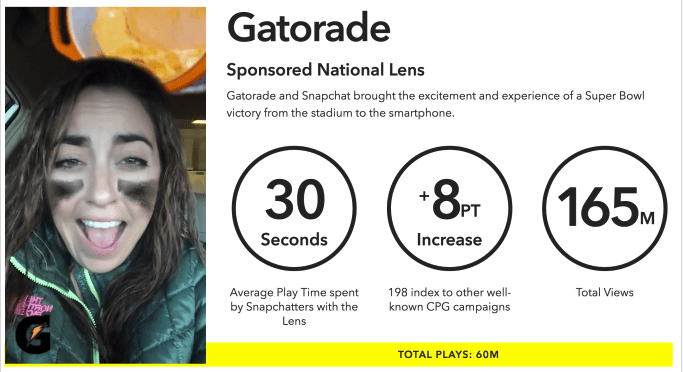 Snapchat's new offering really takes it into the big leagues when it comes to online advertising. It has the users, it has the engagement, it has the creative tools. All it needed was for brands to flock to the platform, and with these new options and a new API, that looks increasingly likely.

Updating approaches to your online branding for the digital world Brand is No.1 I want to start with a bold statement.  The online brand is the single most important element to a business or organization. If you think about what …..