Who is selling on Google+

Google+ can no longer really be called "new" since it was launched over 18 months ago and is now estimated to have 400 million users of which 100 million are active.

To mark the launch of the new guide to Smarter Marketing using Google+, which I have written with Liz Edwards, the end of this post shows 10 examples of brands who are active on Google+ and using it to sell through daily promotions mixed with other interactive content. But this isn't the whole story of Google+, some brands don't seem convinced or perhaps they or their agencies aren't organised enough to communicate regularly. So we thought we'd start with these...

As we were preparing the guide we noticed that many companies have been unable to sustain their commitment to Google+. Surprising when you think of their scale and the number of active users. So we start this post by "naming and shaming":

Don’t join this catalogue of companies who haven’t sustained their commitment to Google+. Instead, join the brands who are using Google+ to regularly post content to help drive sales.

10 Examples of brands who ARE using Google+ actively 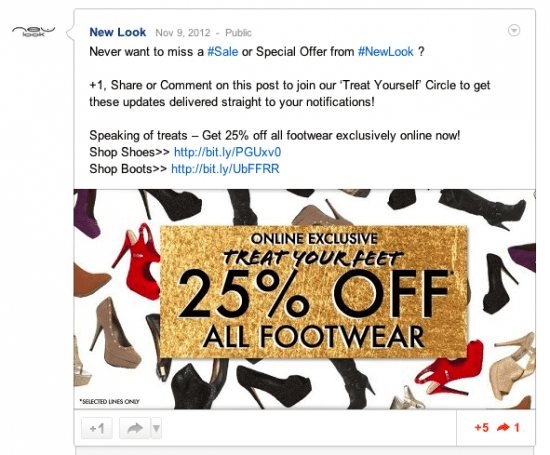 New product of the day from Topman 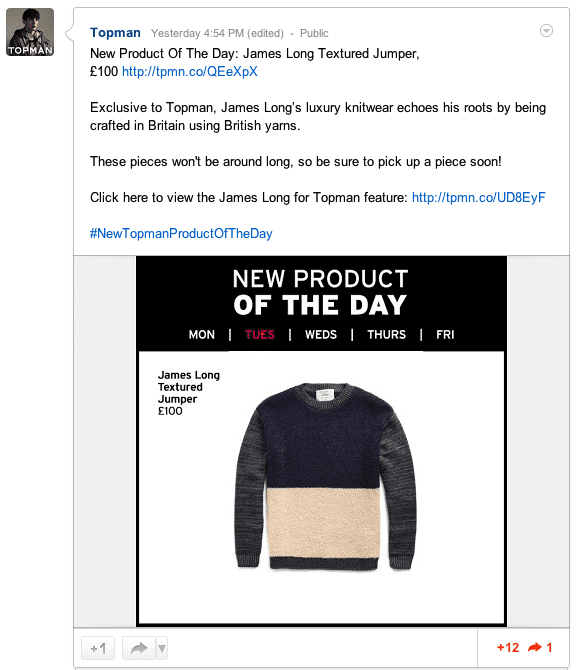 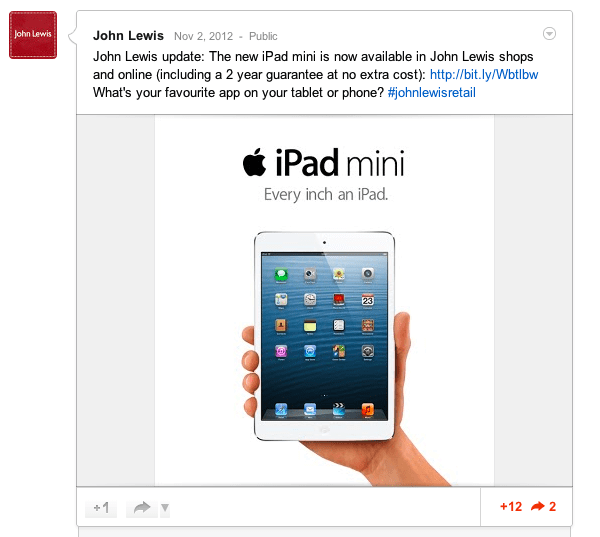 Links to multiple products in a category from Zalando 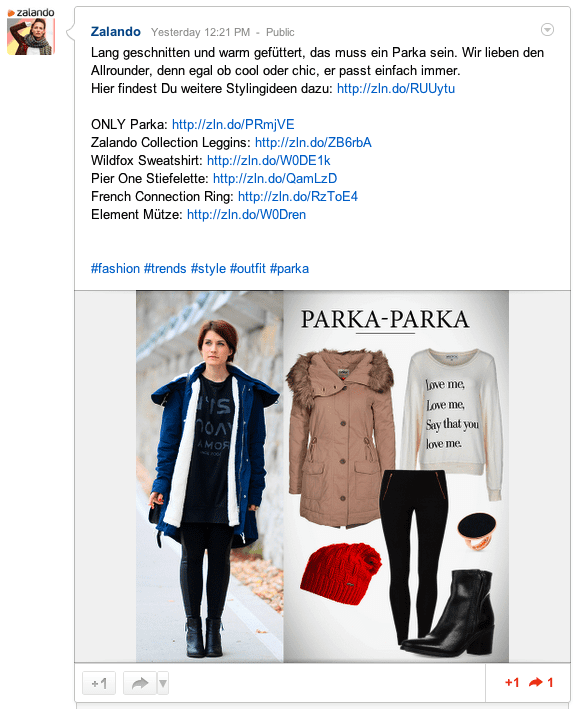 Product prize draw promotion with entry on blog from Very 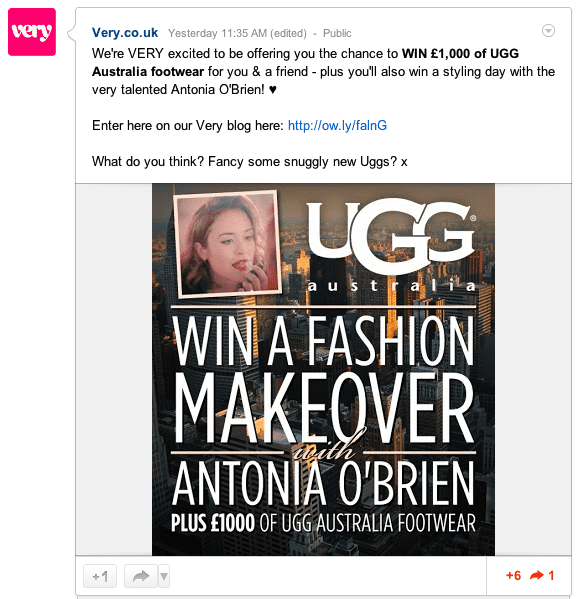 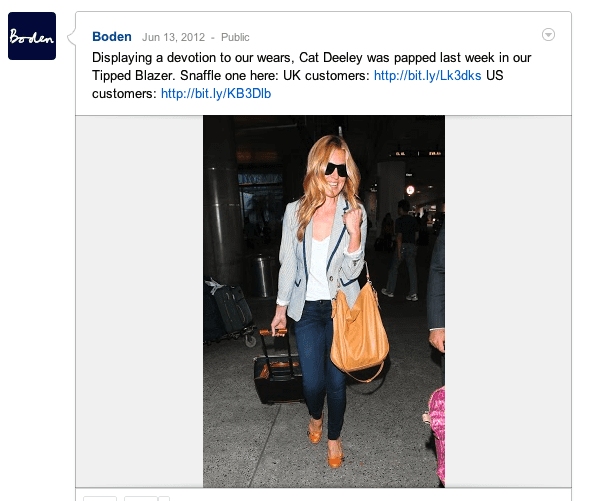 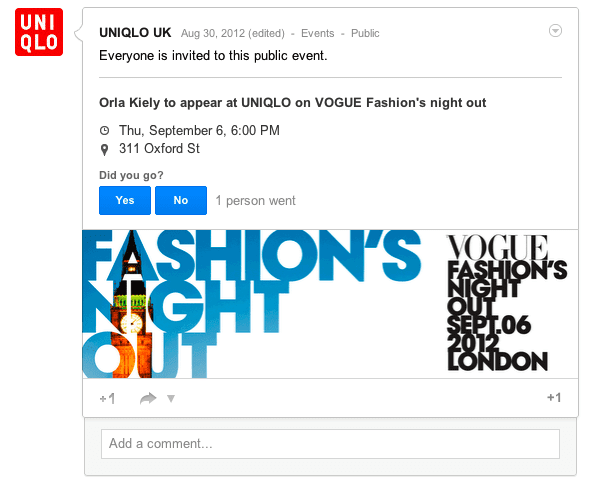 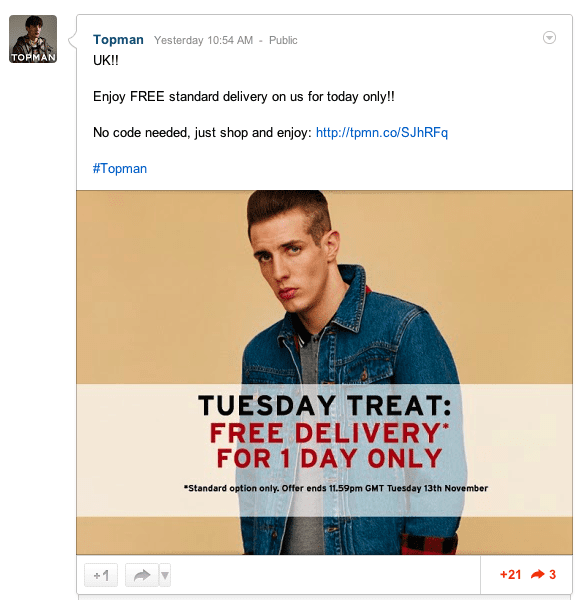 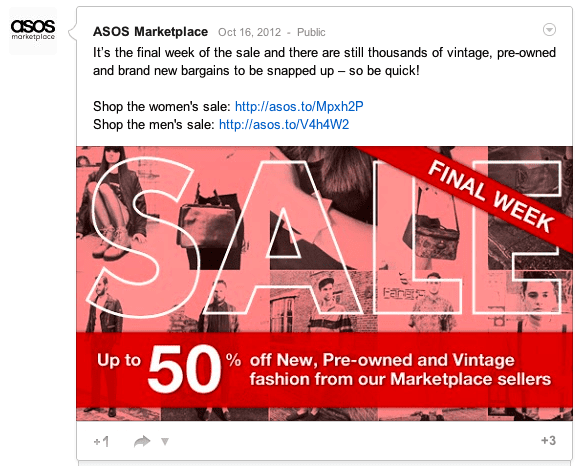 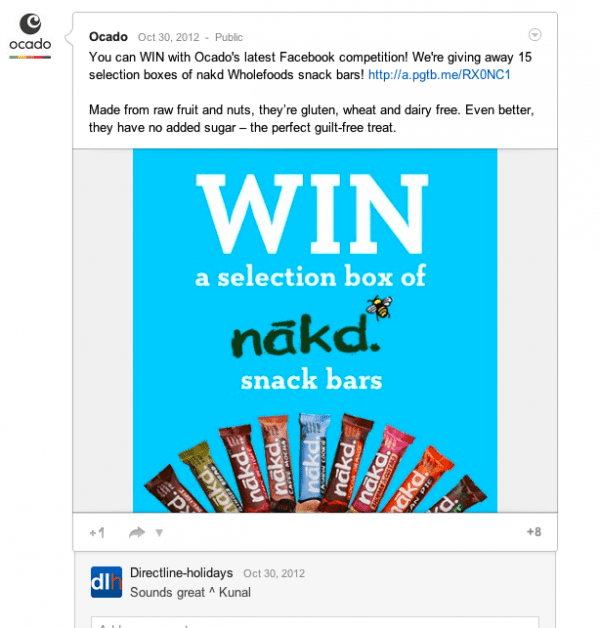 I hope you find these examples inspiring. They certainly show how you can run regular sales promotions in Google and the value of using creative assets which can be re-used with different offers for each campaign across different social networks.