The new Facebook plugin allows asynchronous posting between web site comments and Facebook posts. This is the first time Facebook has enabled this kind of automatic external posting - and in truth it's also something that nobody else can currently offer - a killer feature? We think so.

Using the Facebook comments plugin on a host web site

What else is interesting to marketers? 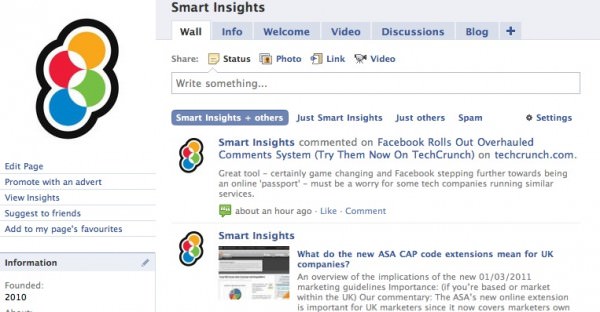 View and interact with the same comments inside Facebook

That said, with the continually important role of Facebook, this plugin is a real gift for savvy marketers trying to build their brand online and engage more users, more often, in more places.

Mari Smith does a great blow-by-blow review of the community plugin here if you want more detail.