The development of Facebook's strategy including business and revenue model

You use Facebook, but have you ever wondered about its business model and how it has evolved? In my E-business and E-commerce Management book we have reviewed the development of Facebook for over six years now. I think it's still a great case study for both students and professionals to learn from, since it shows many of the success factors needed for a new start-up, including the risks of alienating users when their privacy needs are not listened to.

It’s incredible that Facebook now has more than a billion monthly active users worldwide, yet has fewer than 5,000 employees.

In this case study which we aim to keep up-to-date between the new editions of my books, I have structured the review of Facebook strategy using some of the customer-related aspects of the Business Model Canvas.

In 2013, the Facebook mission is simply to 'make the world more open and connected'.

Previously, it described itself as:

'a social utility that helps people communicate more efficiently with their friends, family and coworkers. The company develops technologies that facilitate the sharing of information through the social graph, the digital mapping of people’s real-world social connections. Anyone can sign up for Facebook and interact with the people they know in a trusted environment'.

You almost certainly know the story behind how the Facebook value proposition developed from watching the 2010 film The Social Network? It describes how Facebook was founded while Mark Zuckerberg was a student at Harvard University - initially for limited Harvard student membership. The initial viral effect of the software was indicated since more than half of the undergraduate population at Harvard registered on the service within the first month!

Zuckerberg used open-source software PHP and the MySQL database to create the original 'TheFacebook.com' site and these technologies are still in use today.

The film also describes the long-running dispute on the ownership of Facebook since another Harvard-originated social networking site ‘HarvardConnection’, which later changed its name to ConnectU, alleged in September 2004 that Zuckerberg had used their source code to develop Facebook when they originally contracted him to help in building their site.

When Facebook first launched in February 2004, there were just three things that users could do on the site which are still core to the functionality of the site.

Value proposition for marketers and businesses

Facebook works hard to monetise its audience particularly since it held its initial public offering (IPO) on May 18, 2012. This was the biggest IPO for an Internet company, with a peak market capitalization of over $104 billion. Facebook describes its offer to businesses as...

'Marketers can engage with more than one billion monthly active users on Facebook or subsets of our users based on information people have chosen to share with us such as their age, location, gender, or interests. We offer marketers a unique combination of reach, relevance, social context, and engagement to enhance the value of their ads'.

Commercial companies or Not-For-Profit organizations can also create their own Facebook Pages for their company (currently free). Facebook users can then express their support by adding themselves as a fan, writing on the company Wall, uploading photos, and joining other fans in discussion groups. When users become fans, they can optionally agree to be kept up to date about developments which then appear in their news feeds. 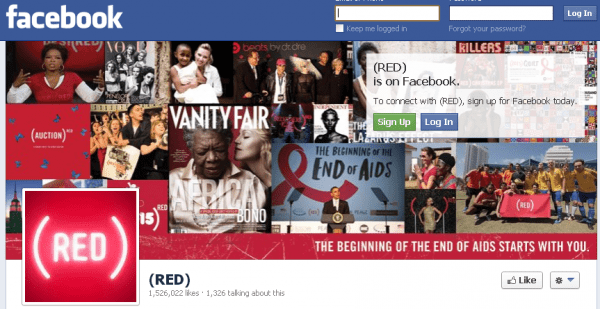 To encourage companies to advertise, Facebook uses an algorithm known as EdgeRank which determines the percentage of company status updates appear in a user’s newsfeed.

Marketers need to work hard to maintain relevance of their posts using the techniques described by Marie Page in her explanation of EdgeRank.

At the time of the launch of ads, the Facebook blog made these comments, which indicates the delicate balance between advertising revenue and user experience. They said, first of all, What’s not changing?:

And what is changing?:

Smart Insights (2012) quotes Andrew (Boz) Bosworth who is the Director of Engineering at Facebook as saying, 'Every day, we run hundreds of tests on Facebook, most of which are rolled out to a random sample of people to test their impact. For example, you may have seen a small test for saving news feed stories last week. Other products might require network effects to be properly tested, so in those cases we launch to everyone in a specific market, like a whole country'.

Curious to think of a company as large as Facebook having competitors, it has new global rivals and local rivals!. Facebook mentions Google+, which Google has integrated with some of its products, including search and Android, as well as other, largely regional, social networks that have strong positions in particular countries, such as Mixi in Japan and vKontakte and Odnoklassniki in Russia.

It also describes companies that offer microblogging (Twitter), Developers of platforms such as Apple iOS and Google Android and Games Developers as key competitors.

It has taken the decision not to create a competing mobile platforms, instead in 2013 launching 'Facebook Home on Android' to increase usage of Facebook on these devices.

Today Facebook states that 'Trust is a cornerstone of our business' and they now dedicate significant resources to the goal of building user trust through developing and implementing programs designed to protect user privacy, promote a safe environment, and assure the security of user data.

Facebook has to some extent learned this lesson from early mistakes, with incidents including:

Facebook received a lot of negative publicity on it's new advertising format related to the ‘Beacon’ tracking system.

How did Mark Zuckerberg respond in his blog?(5 December 2007)
'About a month ago, we released a new feature called Beacon to try to help people share information with their friends about things they do on the web. We’ve made a lot of mistakes building this feature, but we’ve made even more with how we’ve handled them. We simply did a bad job with this release, and I apologize for it. While I am disappointed with our mistakes, we appreciate all the feedback we have received from our users. I’d like to discuss what we have learned and how we have improved Beacon'.

'We were excited about Beacon because we believe a lot of information people want to share isn’t on Facebook, and if we found the right balance, Beacon would give people an easy and controlled way to share more of that information with their friends'.

What did they admit to missing? - the right balance. It was supposed to be lightweight - touch it to work. The problem was following an opt-out system instead of opt-in - as someone would forget to decline to share something; Beacon still went ahead and shared it with their friends. It took them too long after people started contacting them to change the product so that users had to explicitly approve what they wanted to share.

Instead of acting quickly, Facebook took too long to decide on the right solution!.

In December 2009, Facebook implemented new privacy settings. This mean't some information, including ‘lists of friends’, was ‘publicly available’, when it was previously possible to restricted.

Photos and some personal information were also public unless users were sufficiently knowledgeable and active to limit access. Privacy campaigners including the Electronic Frontier Foundation and American Civil Liberties Union criticized the changes. In May 201, further changes were made to give users greater control and simplify the settings.

Facebook lists some of it's other key risk factors as:

Do let us know of any other resources useful for studying Facebook's strategy and business model.