I was recently asked this question by a student putting together a budget model for an online marketing campaign. I pointed them in the direction of this post on online ad clickthrough rates, but they specifically asked about Facebook, so this post is to answer the question and help others.

The best public source on Facebook advertising effectiveness I’m aware of, is the analysis of 2.2 million clicks from 4.5 billion impressions that Webtrends track as part of their analytics system which I’ll summarise here.

Well, the overall number of clicks compared to impressions above give their own story - response rates are low - around than 1 in 2000 page views results in an ad clicks. No surprise since banner clickthrough rates are low and we’re mostly online to socialise.

Unfortunately there is no breakdown of the the value of the click in terms of conversion - the majority of Likes will be encouraging likes or will they?

You can also see the average costs which are increasing - I saw a recent from Efficient Frontier which showed that Facebook CPCs have increased 22% in the most recent quarter!

Clickthrough rates by age and gender 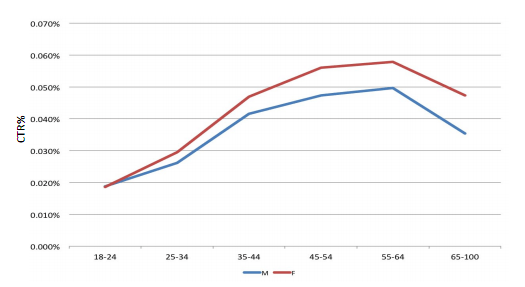 Transactional commerce sites and not-for-profits fare best here. The relatively popularity of media, entertainment and blogs suggest this is a type of value that can be offered by other companies. 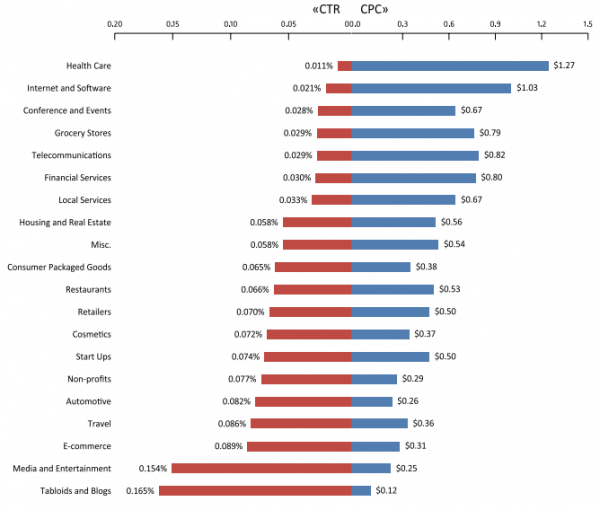 This is a well known phenomenon in display advertising and in on-site promo banners/merchandising. But the effect seems even more marked here - with a substantial fall within a week.

Friend of fan targeting does suggest the burnout effect can be reduced: