Preparing for the future of mobile: best practices

Mobile devices and their use in our daily lives are changing the game for developers and marketers alike, and it is happening a lot quicker than we think. The mobile space has been gaining serious interest as it has grown in popularity over the years. We are already seeing Internet giants like Facebook, Google, and Apple investing heavily in the mobile market. They are competing to be the new leaders in the online mobile niche. There is plenty of opportunity for everyone here. As more and more people are becoming more accustomed to using their mobile device to access the Internet throughout their daily lives, it is opening up new doors for companies to spread into and develop new technologies that can be used by them. It is clear that the mobile space is on the verge of exploding and will become the main focus of internet companies in the very near future. That is why we are seeing so many companies bet heavily in this area. If these companies are betting on it, it’s a safe bet that you should too.

What is Google doing in response to the mobile boom?

As we know, Google has risen to the top of the search engine battle by developing the most effective algorithms to sort and rank content in their index. They have responded to the mobile trend by including it as a factor within their algorithms. They are in the beginning stages of implementing this as a quality factor and have plans to increase the weight of this factor in the coming months. This is all new to everyone but it will soon become common knowledge among internet marketers and SEO specialists. Mobile optimization will be a must as part of the full on-page optimization guidelines. We predict that within a few years’ time we will start to see optimization strategies that bypass desktop optimization entirely and instead are specifically aimed at optimizing for mobile layouts exclusively.

Mobile devices are on the rise

We all know more people are using their mobile devices now more than ever before. You may be surprised at the rate in which this is increasing, however. Forecasts are showing that there will continue to be an increasing rise in mobile device installations for the foreseeable future. Only desktops are seeing a drop in installs over this same time period. 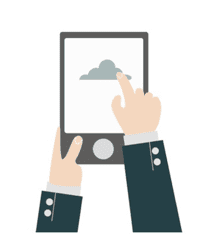 Facebook has been able to take the lead for the mobile delivery of news stories. 678 million users use Facebook through their mobile device exclusively. That is roughly half of its total audience. 934 million users log into Facebook from a mobile device at least once per day on average. There is no company that even comes close to these numbers just yet. Although Google, Apple, and some other corporations are seeing tremendous success in their mobile user base, their users still rely heavily on non-mobile devices, spreading their hold on the mobile market across other platforms.

With everything trending in the direction of mobile devices, it makes sense to expect mobile specific apps to gain momentum too. We have seen that this is definitely the case. Apps are being recognized more by other platforms, such as Google’s search engine.
Google has unleashed app indexing, which not only allows apps to show up in their engines, but it will also display some content that is within the apps themselves.

Where apps are losing

The main issue with apps right now is the user involvement. It is not so difficult to get users to install apps. The problem lies in getting people to continue to use them. Only 25% of the installed apps are used on a daily basis. 50% are used weekly or monthly, and the remaining 25% are rarely used at all, if ever. Often times, people will install and app and forget about it. Although the install itself is valuable, developers are still trying to improve the use rate and frequency of their apps.
Look for companies to begin investing in this area for improvements in the near future. Google has started it with their app indexing, and we expect other companies to follow.

Since it’s clear that the mobile space it going to continue to grow, it is important to know what to expect and how you can prepare for the future as a developer or marketer.

Place a high emphasis on speed. When a user is viewing your page or app on their device, you only have a few seconds to capture their attention. They have the world’s knowledge at their fingertips so if you don’t give them what they want immediately, they will quickly lose interest and move on to the next attention grabbing a block of content.

The 3-second rule: Most shoppers will leave an online store within 3 seconds if they don’t find what they are looking for. If you spend half of this time loading your site on their device, you have already lost half the battle before you even have a chance. This is even more extreme with the younger generation. Up to 2/3rds of users under 24 will leave a site within 2 seconds. Rule of thumb: Focus on being faster than you competitors. Instead of constantly tinkering with your loading times, keep it simple and make sure you are not falling behind your competitor’s speeds. Using this as a measuring stick will allow you to stay competitive within your niche.

AMP was launched in 2015. It provided a way for mobile users to access articles almost instantly. Pages accessed through AMP were able to load significantly faster this way and it gives users improved functionality when scrolling through the articles.
This particular platform is expected to undergo a lot of development in the coming year. It will become more common to see AMP used across more platforms as it is improved over time.

The main takeaway from this article is that you should be prepared for a lot of changes to occur within a relatively short amount of time. The best thing that you can do for now is to ensure that your site is mobile friendly across all devices and work on optimizing for speed. You should begin the process of shifting your mindset to a mobile-first mentality. Design from a mobile perspective first and optimize for desktops later, not the other way around.

If you don’t have an app designed for your site, make it a priority. The demand for apps will only increase over time. Although you may be able to get away without one now, that won’t be the case for long.

Because AMP is still new, we are not recommending that you commit to implementing it fully; however, we do recommend that you test it out. At some point in the near future, it will be ready for a more mainstream audience. When it is, you will want to be ready to adopt and implement it quickly.

What to expect going forward

Continue to read up on the latest developments and news in the mobile world. There will be plenty of new technologies that will be popping up in the coming months. We expect many of these to have a significant impact on the direction that the mobile space is heading towards. We can speculate all we want, but the truth is the best plan of action is to turn your attention towards mobile development and be ready for anything.

Thanks to Josh MacDonald for sharing their advice and opinions in this post. Josh MacDonald is an internet entrepreneur and programmer who has sold marketing automation software and SEO services to thousands of customers around the world. You can follow him on Twitter or connect on LinkedIn.