Why do social media continue to damage big brands?

In February, Mcdonalds made what I thought was a massive social media gaffe with its #McDStories campaign. As I said at the time, it really should have brought home to CEOs and their CMOs that social media is too important to be entrusted to the inexperienced (both in clients and their agencies). I'm sure you remember this... 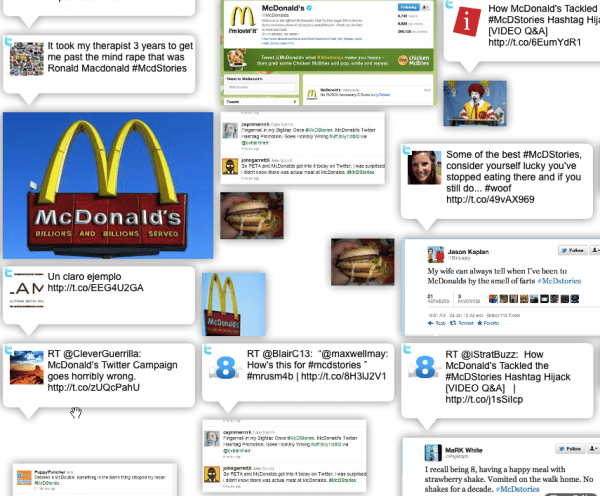 This wasn't the first ill-advised campaign of the "tell us what you think...finish this sentence" type and won't be the last.

Now in September in the UK we have a very similar social campaign mistake. Again, widely reported in the mainstream media where the main damage occurs, at least this one is humorous. Supermarket Waitrose challenged shoppers to "finish the sentence: 'I shop at Waitrose because …' #WaitroseReasons". Here are some typical responses, our favourites:

"I shop at Waitrose because it makes me feel important and I absolutely detest being surrounded by poor people,"

"I also shop at Waitrose because I was once in the Holloway Road branch and heard a dad say 'Put the papaya down, Orlando!'"

If you look at the stream on Twitter, there aren't actually that many responses, the real damage is caused by the mainstream media. 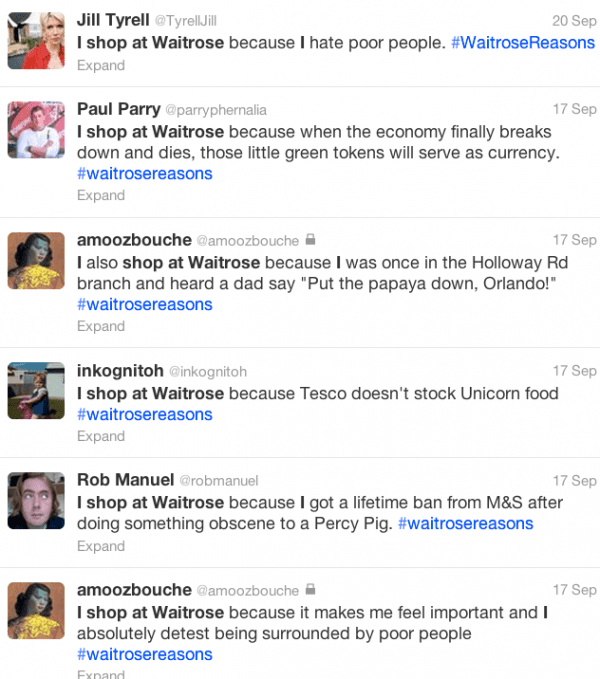 There has been debate about whether this campaign is beneficial in increasing awareness with the glib "any publicity is good publicity" trotted out yet again. For me  it's difficult to see how this helps position Waitrose in a positive way; it just perpetuates a negative stereotype.

In another example from the summer of 2012 we saw Shell apparently asking consumers to caption images of Shell's contribution to the Arctic. This was again reported widely in the press with these examples of  user-generated negative PR that the Sydney Morning Herald catalogued and called a Social media oil spill and an online assassination.

In fact, as has been pointed out in the comments (thanks for this), this was a guerrilla campaign, so Shell or their agency cannot be blamed for this.

Why are these gaffes still happening?

Putting social media in the hands of a well intentioned junior campaign manager is like a CMO putting an automatic weapon in the hands of an angry 5 year old. And yet despite the very public mishaps of MPs, Skittles, Habitat, United Airlines, Nestle, Toyota and countless others, many corporates are still lost as to how manage social media effectively.

Yet paradoxically there is now enough experience and evidence to know what social media strategies work and don’t work.

The main issue is that companies and many agencies still believe that social media is about marketing campaigns and running them in the same way they always have done. In fact social media marketing and communications is so fundamentally different a whole new approach is required. In the case of these campaigns - a method of assessing campaign risk is needed as a minimum.

A change of mind-set is needed. Consider social media or social commerce as a strategic marketing and communications channel that has the power to make organisations more agile, be much more in tune with their employees their market and their supply chain. Social media has the potential to transform businesses.

For example, Pharmaceutical companies are using social media to crowdsource R&D and innovation, such as Proctor & Gamble, are keeping their share price up by having reduced R&D cycle times by 40% through using an online network of 80,000 independent innovators.