Why PR agencies should own SEO, but often don’t deserve to

A recent post I wrote for Econsultancy entitled “SEOs will slaughter careless PR agencies” generated an almighty storm in its comments section. That’s how I wanted it to be, because the subject of who owns search engine optimisation (SEO) within marketing is really important to the future of PR agencies and, on an individual level, PR practitioners. PR should own organic search, but instead it’s the SEO agencies who are learning PR or partnering with PR agencies to mop up business.

As you may be aware, in the last 18 months Google has unleashed a couple of updates to its algorithm – Panda and Penguin – in an attempt to make search more relevant for users and punish sites which it deems “low quality”. Panda, for example, put the emphasis on trustworthiness, design, speed and rates of visitor returns. Penguin attacks so-called “Black Hat SEO”: keyword stuffing, duplicate content and link schemes.

In a nutshell, the onus in order to rank highly on Search Engine Results Pages (SERPs) is now on quality, engaging content with inbound links from authoritative and diverse sites and social signals – Facebook likes, tweets, +1s, comments etc. – all acting in Google’s eyes as “votes” for that website. And which marketing department should be able to best manage all these fields and the online communities around them? It should be PR.

Why PR should own SEO

So we have seen how SERPs are influenced by links from authoritative and diverse sites, such as news sites and blogs; how optimised, engaging, viral content is important and how community management helps generate social signals. These are all areas in which PR has expert competency and tradition. But how many PR agencies are aware of the fact that their remit has potentially expanded into an SEO market worth an estimated £500 million in the UK alone?

Panda and Penguin have offered PR agencies with a massive opportunity to lead and generate further income, much in the same way social media services did in recent years. Instead, ostrich-like impotence and leaden footedness by the PR industry on both an individual and collective level is allowing SEO companies to skill up and compete for their work, when the polar opposite should be true.

The Brighton SEO conference is on this week (14 September) and at the last one in April 2012, where I ran a workshop on link building through PR, there was a conspicuous absence of the major PR agencies.

Some agencies, such as my former agency Speed Communications, grasped this concept early. While I was heading up our marketing at Rainier PR, which became Speed via a series of mergers and a re-brand, we won the “Best Business Blog Award” in 2007 from Communicators in Business. Our blog won chiefly because we could prove that it had helped us stay in the top three of Google for several years. As Speed’s co-CEO Steve Earl wrote in PR Week recently, every PR agency should skill up on digital, not simply roll out a “head of digital” every time they need to talk saliently about online PR to clients and prospects.

The window of opportunity for PRs to become truly digital communications agencies narrows daily as on one side SEO agencies skill up on PR and digital agencies on the other expand their services. PR needs to defend and expand its potentially considerable position within the marketing set.

One reason the PR industry as a whole hasn’t quite got on board with SEO yet is a lack of understanding, as a poll I ran into PR knowledge of SEO this summer illustrated asking around 100 senior UK tech PR pros what they felt influenced Google results the most. Only 42% of respondents could accurately identify the most important signal in Google’s algorithm: inbound links from diverse and authoritative sites. 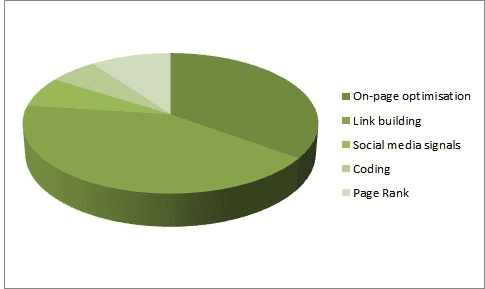 Overall, I found that the feeling amongst PRs is that they know SEO is important and also almost three-quarters (71%) of PRs in the UK expect fee income from SEO to rise in the coming year.

My conclusion? The PR industry as a whole is in no shape to lead SEO within marketing at the moment, yet it should be. This is why PR pros need SEO training from specialist SEO PR trainers that actually rank on Google when you type in those relevant search terms, not those that just say they do. The next two years will be critical to deciding which PR agencies will be able to satisfy the diversifying demands of incoming briefs going forward.

Thanks to Chris Lee for sharing their advice and opinions in this post. Chris is a specialist social media and SEO strategist and trainer for PR agencies and marketers, and is founder of consultancy Planet Content You can follow him on Twitter or connect on LinkedIn.