How Moburst helped Mailwise gain visibility for their mobile app

For the past few years, the stock of mobile apps has been on the rise. As of May 2015, there are more than a million apps available in the leading app stores. To be precise, Google Play offers more than 1.5 million apps to its users, while iTunes follows closely behind with 1.4 million. Since the App Store was launched back in 2008, the number of apps has been rapidly growing, and it seems like that movement won't stop anytime soon. Thousands of apps are submitted for release each month - yet, for every successful app there are many others that fail to make a long-term impact, let alone find their way on the charts. How do apps get traffic and more importantly, downloads?

Similarly to Google's SEO (Search Engine Optimisation), where websites optimise their sites to rank higher in SERPs (Search Engine Result Pages), apps have their own method of discovering what works of them - ASO (App Store Optimisation). ASO is the process mobile apps go through in order to boost ratings and significantly, improve their product.

When conducting proper ASO, the objective is to gain more organic users who will discover the app and download it, rather than a paid campaign for clicks and downloads.
ASO is similar to SEO of 10 years ago in the sense of being somewhat of a "Wild West" landscape. The rules are not yet set, and there are very few real experts who understand the algorithm. As with the early days of SEO, ASO already has its share of "snake oil salesmen" who offer results for peanuts - buyers better beware. The case study below demonstrates how the mobile marketing company Moburst was able to use proven ASO methods to increase a small startup's downloads from tens to thousands a day. 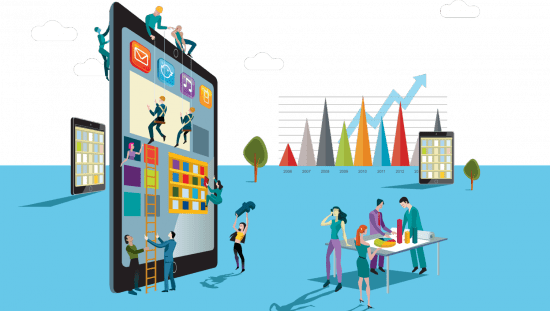 The aforementioned startup is MailWise - an Android only free email client app set to provide a solution for multiple email accounts - a necessity for most, but a headache as well. Developed by Israeli company Syntomo, MailWise offers a clutter free threaded conversation view of multiple inboxes. In other words - one app accumulating Gmail, Hotmail, Outlook, Microsoft Exchange and others into one platform. Apps like MailWise need ASO, in order to be searched and discovered by users in the relevant app stores and gain proper traffic, rather than relying on media campaigns that won't necessarily benefit in the long run, or hoping to be found by word of mouth. 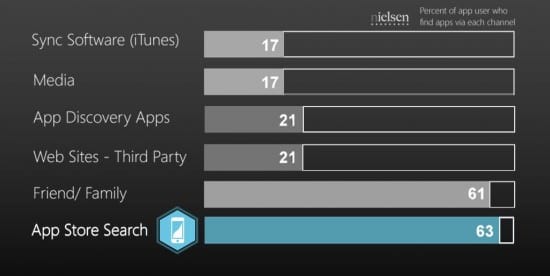 Like many startups, MailWise is constrained to operate on a tight budget. Unlike apps with a financial backing (or being under the wings of giants like Google, Apple or Microsoft) MailWise faces the tough challenge of attracting the right target audience with high quality users on a budget, as well as considering the high competition in the category. For these purposes, optimisation is required. Hence ASO, the less expensive but more important solution.

The initial work between Moburst and MailWise started with the same base as an SEO project would have - keyword research.

Moburst used a mixture of leading ASO keyword research tools plus technology they have developed to search for the right keywords that have the potential to bring the most relevant traffic to MailWise. Comparing the app's keywords to its competitors' keywords, as well as viewing the top apps for the keywords one plans to use, also gives a proper insight on the product and how to implement the keywords that will define it. If the product competes with other apps that are highly ranked and rated (based on those keywords), the harder it will be for the app to stand out and succeed.
With small apps, especially one like MailWise, it is vital to target keywords with the most traffic and the lowest difficulty levels.

Choosing keywords wisely is crucial, especially when the product is oriented for a certain app store (iTunes or Google Play) - each store has a certain amount of words for the product's description and title. In this case, precision is key, as well as not being repetitive when describing the app.

Some important optimisation aspects which have been done are actually design related. The visuals for an app are sometimes (if not mostly) a trigger for instalments - the more it appeals to the user's eyes, the better it increases its chances for virality and downloads.

The initial focus is shifted to the app's icon or logo design. In this case, Moburst worked with MailWise on branding - creating a logo that would be well designed, as well as capturing the essence of the app. The logo of an envelope reflects the app, as the name MailWise was also put under the icon.
In addition, the words MailWise were added to the main keywords of the app, something which wasn't done initially. As mentioned previously, there are a limit of words and characters that can put in the title and description. Therefore, it was key to emphasise the design as well as the branding of MailWise. Here is an example of the work that has been done on the app's icon.

Just as a shop, virtual or real life, attracts shoppers by its design or attractiveness, the app lures the user to view it and download at best, or skip to the next app at worst. For this matter, capturing the app's screenshots and testing them will give a better indication on its visibility. Good screenshots will attract users and convert to download - the ones that work best will remain, as the lesser ones will have to change and be tested time and again. The screenshots went through a series of A/B testing (a randomised experiment with two variants), as the visuals were also counted as necessary for the app's success.

Words and pictures aren't the only factors for the app's success or failure - language is also a key element to be taken into consideration. Localising the app to different languages is crucial, in order to succeed in various parts of the globe. Each country and language have their own terminology and slang words, so accustoming the app and realising which keywords are relevant to the affiliated language are also part of the learning process.
After the ASO process was set and done, and once the product was ready for beta launch, MailWise and Moburst engaged in hyper targeted user acquisition (UA) and tested hundreds of targeted segments and dozens of creative messages in order to find the most cost effective, high quality users.
MailWise wishes to acquire and retain a loyal user base in a highly competitive category of email and productivity apps. Among the app’s key features is built-in support for Outlook ActiveSync, normally used by corporate and enterprise users. That's already a unique advantage, as the app enables features that aren't normally found in standard mailing apps.

As of June 2015, MailWise enjoys more than 500,000 users who benefit from their service, along with an average rating of 4.5 on Google Play. MailWise grow exponentially in terms of install base, daily download volume, and retention with users all over the world, and was ranked in the top ten for related keywords 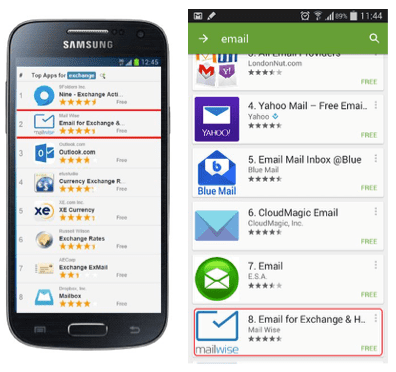 Thanks to the ASO process conducted by Moburst, MailWise increased the daily download volume of the app from tens to thousands of downloads a day, as well as lowering their Cost per Install (CPI) over time by 70 percent. The numbers are good, as well as the app's reviews; yet with a market full of mail and exchange apps, maintaining that status and increasing the awareness for mail unification is necessary, as well as ever optimising and improving the app's visibility and virality.

In summary, for propelling an app to new heights, thorough work must be done. When the budget is tight and every dollar and cent are calculated, the product needs to be pitch perfect - app optimisation aids where a high marketing strategy can't prevail, and benefits in the long run, as it's an everlasting process.

Thanks to Robert Nachum for sharing their advice and opinions in this post. Robert Nachum is an Appstore Optimisation manager at Moburst, a global mobile marketing agency that helps companies grow their mobile business. Loves Startups, Technology and Music on a vinyl. You can follow him on Twitter or connect on LinkedIn.