As you hear so often, “there’s an App for that”. Yes indeed. Around 1 million, with 500,000 available on Apple’s iTunes App Store, and a similar number on Google’s Android Market at the last count, and multiplying at breakneck speed. 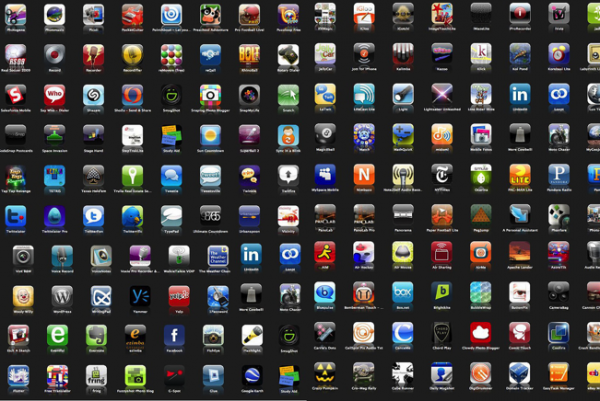 Apps are a truly global phenomenon, with mass consumer appeal. Apple’s App store has now reached 25 billion downloads, tracking at 1 billion downloads a month, a figure nine times greater than McDonald’s sells burgers.  Apps have made a healthy contribution to Apple’s revenues, generating an estimated $6 billion, comprising the 30% Apple takes in the cost of App downloads, charges from in-App payments, and revenue from iAd, its in-App advertising business that is still finding its feet.

Android to over take Apple soon

If we look at the number of Apps, it’s estimated by Xyologic that Google’s Android Market App store will host the same number of Apps by August 2012 (680,000 each), and as we’ll see later, for brands seeking a quick route to market on Apps, Android offers some distinct advantages over Apple. Both points underline that the App world is no longer an enduring love affair between Apple and its adoring iPhone and iPad users. 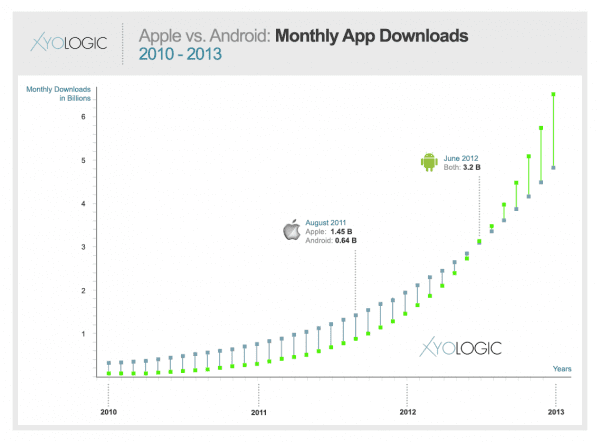 It’s true that Nokia developed its App store before Apple took its first game changing moves in mobile. It’s true that Microsoft offers mobile customers an App store with some 25,000 featured Apps. And it’s true that BlackBerry users can access Apps through the BlackBerry World App store. But the real challenger to Apple comes from Google. Its Android Planet App store has established real scale, is growing faster than Apple’s iTunes, and poses the real threat to Apple’s dominance.

For a regional/country breakdown of app popularity check out the latest Xyologic App Download statistics which do a great job of cataloguing app downloads in the Europe, Asia and the US. Australia and Brazil are also covered. Great statistics to put into your business case: good that the iPhone/iPad breakdown is covered and Windows Phone 7. 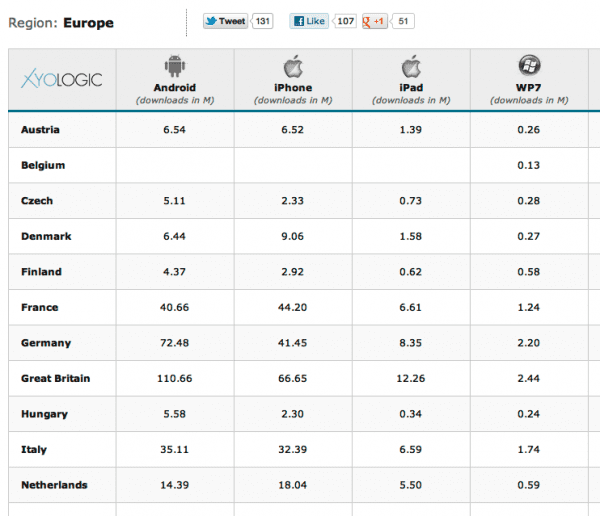 Despite the staggering figures, businesses still need to be be honest about whether you need an App. A mobile optimised site maybe a better first option if you haven’t ticked that box yet. But perhaps an app offers a better opportunity to expand your reach, either through app development, sponsorship or purchase. You’ll probably have seen the amazing story of Zynga purchasing the “Draw Something” app since it was in the Business Insider’s words “‘Draw Something’ clobbering Zynga’s ‘Words With Friends’. The growth figures speak for themselves: In my next post we’ll look in more depth at how to approach the App vs mobilised site decision.

Rob is a mobile consultant, author, trainer, and speaker with 10 years experience in the mobile sector. He is Managing Partner of Burn The Sky, the full service mobile agency which connects brands to multi-screen consumers. Rob delivers mobile consultancy and mobile talent development projects for American Express, Barclays, Barclaycard, Betfair, Carphone Warehouse, Heineken, Ladbrokes, O2, Paddy Power and Richemont. Rob runs intermediate and advanced courses for marketers of all levels of expertise across Europe and the USA. His training partners include the IDM, Econsultancy, The Knowledge Engineers, Emarketeers and the IAB Rob has written two books on Mobile Marketing best practice: The Smart Insights guide to Mobile strategy and Winning with Mobile: Creating a strategy for Mobile Marketing, Mobile,Commerce and Mobile CRM. Download from Amazon. You can connect with Rob through LinkedIn.