Insights from KPCB US and global internet trends 2015 report

I always enjoy and gain great insight from Mary Meeker's 'State of mobile marketing' reports which she regularly publishes at this time of year via Kleiner Perkins Caufield & Byers. It's part of a 2015 Internet Trends report available from KPCB and also available in Slideshare format.

The only issue is their scale - the deck is pushing 200 slides, so this year we're again giving a need-to-know digest of what's hot and what's new to save your eyes and digestion system.

Of course there are a lot of data points showing that Mobile use is BIG and growing BIGGER, but you'll know this already - see our mobile Internet stats page for the big picture.

So what's new which may affect your mobile marketing strategy?

Mary Meeker originally predicted this would happen in 2014 and we saw this 'tipping point' reached last year. The latest data show a consolidation with mobile digital media time in the US significantly higher at 51% compared to desktop (42%). 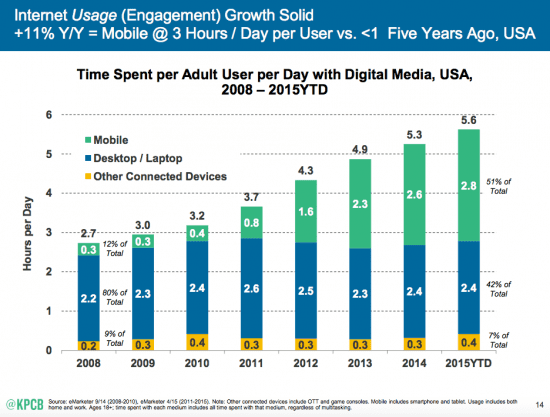 The implications are clear - if you're not able to reach your audience through mobile search or display, or you're not providing a satisfactory mobile experience you will miss out compared to competitors who are.

The next chart shows that advertisers ARE potentially missing out as suggested in my previous point since it shows how mobile ad spend is lagging. 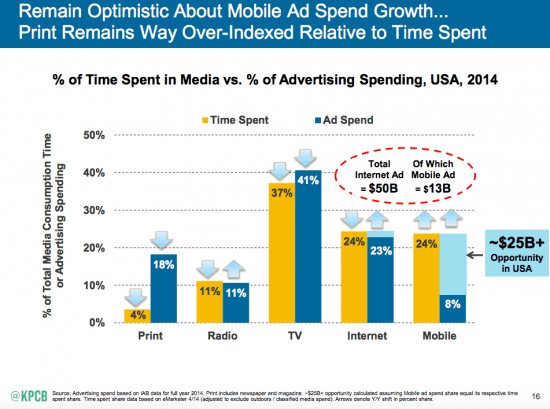 This isn't necessarily a mistake though as it's well known that Mobile conversion rates are much lower than desktop conversion. So it could make sense to focus ad dollars where conversion is higher unless awareness development is the priority.

#3. You should review the new mobile ad formats

So, how can marketer's exploit this new mobile media consumption? Of course, the ad platforms, particularly on social networks are innovating to gain revenue. Meeker showcases some of the options which we alert members to through our Digital Media Cheatsheet. 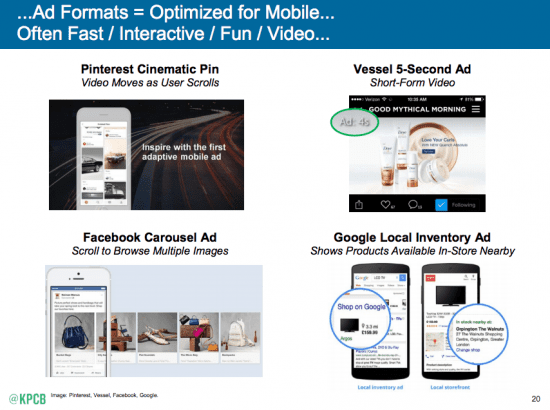 Meeker also looks at the latest B2B digital business communications within the organisation. For example she features Slack as one of the collaboration tools we review in our Digital Transformation guide. We'll stick with Basecamp I think - better for smaller businesses and agencies. 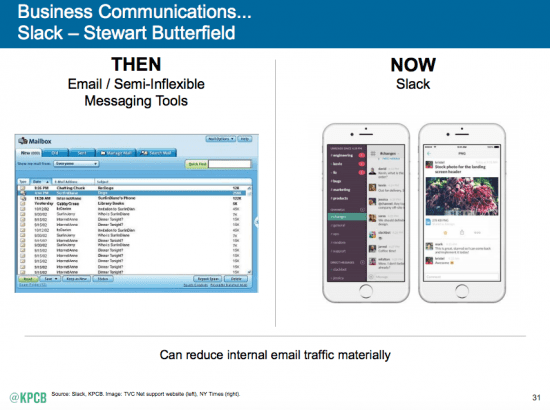 So we're through to slide 58 and we have some insights directly relevant to content marketers! In this section the report considers changes in the popularity of different content formats.

Pinterest isn't new, but as you can see from these charts of specific interests, it's still growing wildly, at least in terms of indexed Pins. 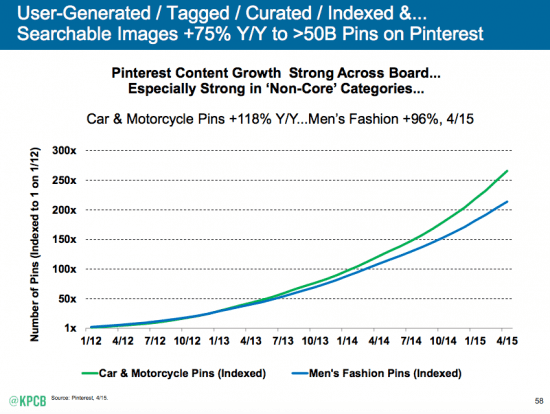 You will likely have noticed the rise in interest in Facebook video. This chart confirms the rise of Facebook video and shows that it is a sharable format - it's not just a case of autoplays on company pages. 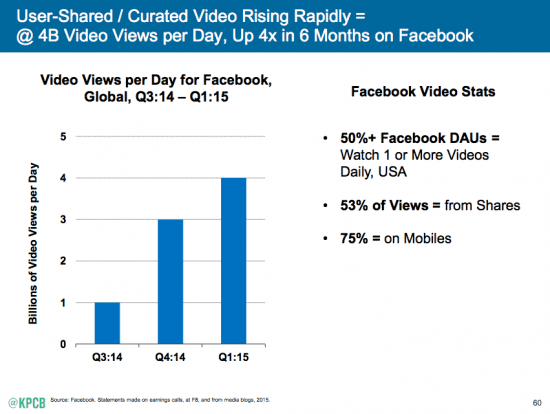 We're often asked about teenage and youth use of social networks. There is a good source here: 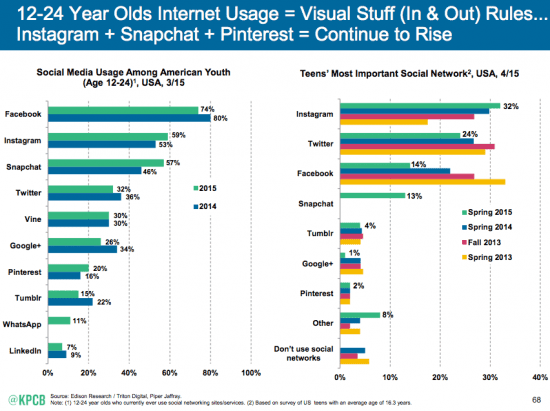 It shows that it's certainly not the case that Facebook isn't used by the audience, but across this heterogeneous age group Instagram and Snapchat are growing while Facebook and Twitter have declined in popularity between 2014 and 2015.

Wow, I didn't expect to find this here - it's about people, not tech. It shows the dramatic difference in personality between Millennials (age 21-32) and the previous Gen X generation (age 33-55). Huge implications for engaging these audiences! 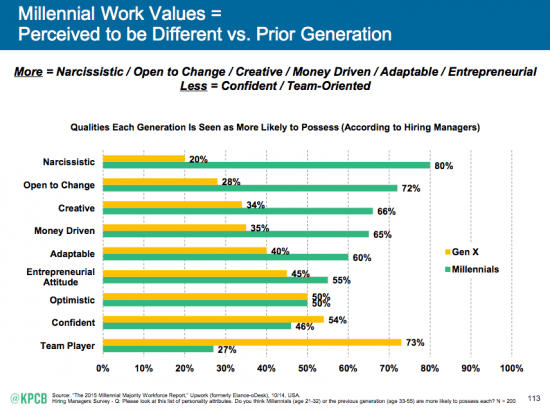 The report is relatively weak in analysis of Ecommerce this time around. The main focus is looking at new players and the growth in marketplaces such as Alibaba/Taobao for products and new service marketplaces like Airbnb, Uber and UpWork. 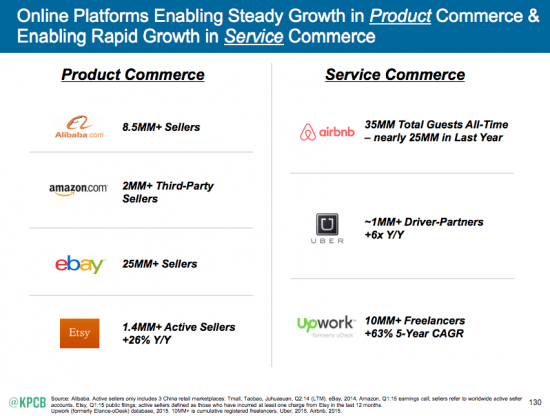 On Upwork which we use for outsourcing some marketing services, it's interesting to see that 80% are Non-freelancers willing to do work outside primary job to make more money, while of Freelancers 60% provide at least 1/2 of the household income.

Meeker also shows how mobile access and commerce dominates in these emerging Internet economies. I've not seen this form of visualisation comparing Internet adoption in different countries. It shows the waves of adoption in the three dominant global economies. Meeker suggests that India is at the inflection point of growth that the US and China have been through before driven by catalyst online businesses. 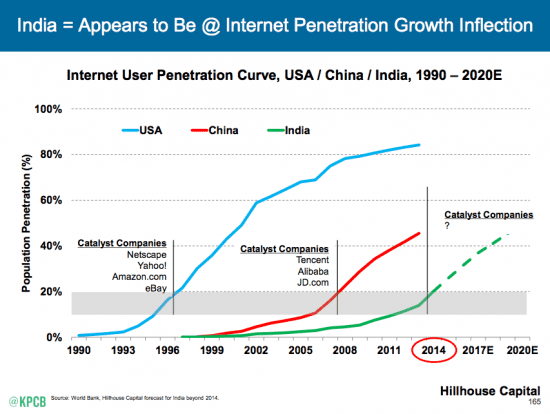 The report also suggests how innovation in online services and commerce can often be seen from non US/European startups. Here we see see how these Chinese social commerce services are growing in importance. 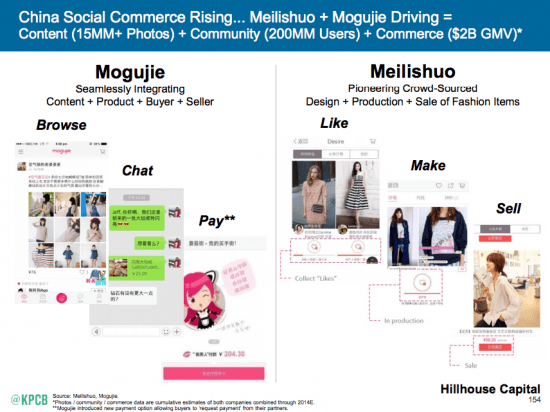 Well that's the end of the report and a large bucket of coffee. I have limited myself to what's directly of interest to marketing and comms folks, but there are lots of details on tech innovations from Cyber attacks to drones.

How to structure an effective marketing plan

What are the essential parts of a marketing plan template? A marketing plan is a strategic document that specifies your organization’s target markets, marketing objectives, programs and activities to achieve them, expected timescales, resources to be utilized, according to defined …..