Email open rate, as useful as your appendix 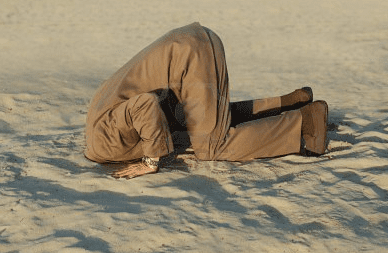 There have been a couple of heated debates I've been part of in the email community just recently, one about open rates and another about subject line length. In this post I'm reflecting on the open rate debate. I've added an update to the original post showing more proof that open rate fixation can be misleading.

Let me summarise some of the reasons why open rates are not important.

I've recently published some research for emailvision reviewing whether open rates are a good predictor of success in email marketing across 50 million retail emails from 196 campaigns.  The headline finding is... 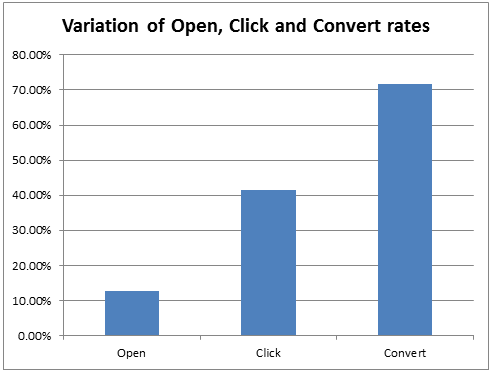 Why can a higher open rate mislead and deliver less business? Take an example, I talked to someone recently who was delighted they had increased their open and click rates. I asked how. The answer was they removed people who hadn't opened recently. I asked if they had conversion and revenue figures to compare. I wasn't surprised when I didn't get an answer...

The five different cases below illustrate many of the problems with open rates.

A common percentage of inactives is 40% of the base. Let's remove those 4000 people from campaigns.

That's a 50%+ increase in open rate. Will it have resulted in 50% more revenue? Absolutely not. In fact most likely the revenue will decrease, because every month a percentage of the apparently inactive customers do come back again.

The open rate metric and increase in this case does not represent business success.

Campaign open rates are sometimes averaged over the month for reporting. For example these three campaigns:

Let's add real numbers to the above figures

Total emails sent 10,000 with total opens 1600, giving an open rate over all campaigns of 16%. The commonly used average of opens, at 30%, is almost double the real value.

Case 3 - Same rates, but one campaign is better

Two campaigns with identical open rates. Which campaign was more successful? Ok, so you're getting wise and want to know the send size before you decide? That's fair, here are more campaign metrics.

They still look the same. However, campaign Y is more successful. Because the average order value for campaign Y was double that of Campaign X.

Customer segment A receives a campaign with open rate 20% and click rate 5%.

Customer segment B receive two campaigns in the same period and because of email increased marketing pressure the open rate drops to 15% and click rate to 4%.

Which was more successful?

If the list size is 10,000, then the number of opens for segment A was 2000 and for segment B was 3000 across the two campaigns. Making campaigns to segment B more successful, although the campaign open rate is lower.

Surely the open rate is a useful measure of the subject line quality?

Well, not really here either. Take the case where one subject line gets lower opens and higher clicks than the other. The better subject line is the one with higher clicks and lower open rate. Fewer people may have opened but the ones that did open were the right ones, the right target for the offer and call to action.

It would be even better to evaluate the subject line on conversions, however test cell sample sizes don't normally permit that.

If not open rate then what?

To sum it up, the better metrics to focus on are:

Notice how these metrics consider money and customers not campaigns. Measure campaigns to understand what campaigning strategies work and measure customers too, as customers are more fundamental to business health.

What other metrics, whether new ones or old ones should have time called on them?

Next time around I'm going to look at the debate around subject line length and explain just what the right length is for a subject line.

Tim is founder of email marketing consultancy Zettasphere and EOS Implementer at Traction Six. Experience includes Operations Director at Email Reaction and Marketing Director (fractional) in the US delivering a 310% revenue increase to $5m. Tim has 15 years of email marketing expertise with a heavily analytical approach to strategic choices. Connect with Tim via LinkedIn or Twitter.