The new Facebook marketplace will give online classifieds a social twist.

E-marketplaces like eBay, Craigslist, Gumtree and Amazon marketplace are often big drivers of revenue for e-commerce businesses. Many find that although they also sell on their own site, big chunks of sales come from those external platforms which haves successfully amassed huge user bases.

As a social network, Facebook's decision to launch its own e-marketplace seems slightly strange at first glance. But there is a strong justification for the move. With over 1 billion active monthly users and 450 million users already using Facebook groups to buy and sell goods, Facebook already has the kind of large user base required to establish a successful platform for buying and selling. 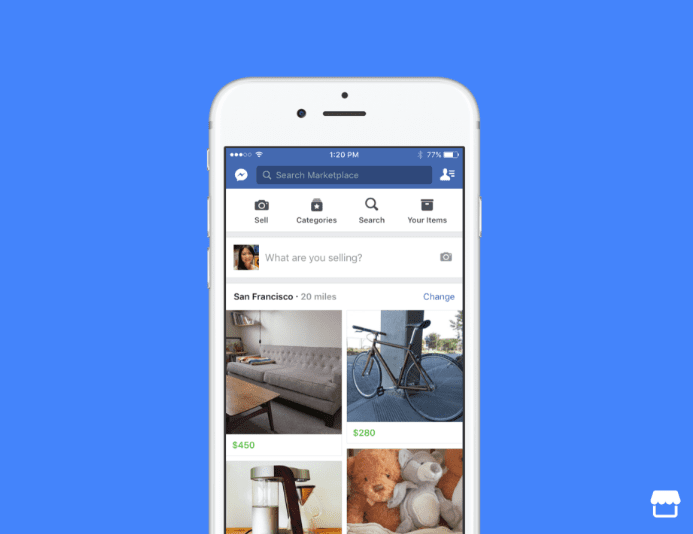 The marketplace Facebook have designed is built in much the same way as the rest of the social network, with the focus on buying and selling among one's own friends and acquaintances. Another interesting feature is the ability for people to list items they would like, so they can be matched up with people selling them. This is seriously valuable information for any marketer.

Facebook aren't planning on actually handling the transactions, like other eMarketplaces such as Amazon or eBay do. This means there will be no cut going to Facebook, meaning the buyer and seller get the best price. This could be a big challenge to established providers like eBay, although because many may not be comfortable setting up their own payments with strangers it could limit the platforms success.

Continuing their 'mobile first' strategy, the platform has just arrived for users of the Facebook app for iPhone and Android. It is currently only available in the UK, US, Australia and New Zealand, but Facebook says it has plans to quickly roll out the ability to access the platform from desktop and from a wider range of countries.

It remains to be seen how the new platform will affect established e-commerce businesses. But those who already do a considerable percentage of their custom on external marketplaces would be unwise to ignore this development from one of the biggest players in the digital world.

How to win, influence and retain more customers to build brand loyalty

More choice means it not only becomes harder to persuade customers to engage with a particular proposition but also to retain their interest post-transaction. Digital has leveraged the greater array of choices available to consumers now, which is much more …..