How Online Video Influences Your Audience

The way people consume media is changing. Traditional TV is down, desktop is plateauing. People are canceling their cable TV subscriptions, but are signing up to streaming services like Netflix or Amazon prime in droves. Mobile is exploding and online video is enjoying a huge surge in popularity. YouTube has over a billion users, and that number is growing over 40% per year, with revenue growth up an even more impressive 50% over the same period.

This is starting to mean that YouTube is becoming more effective (or at least more cost effective) than TV when it comes to video advertising. A dutch brand called Landliebe, which focuses on dairy products, studied it's ROI on both TV ads and YouTube ads, to discover which form of video advertising was more effective.

Although more people were reached in total by the TV ads, the spend (on the adverts) was also much higher. When looking at uplift in probability to purchase, YouTube ads performed considerably better, and also had a much lower spend. YouTube ads accounted for only 7% of the total media spend but contributed 25% of the short-term sales generated. 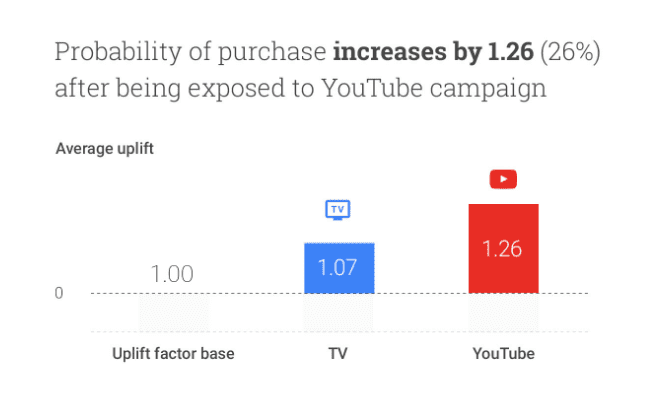 Importantly, 28% of the YouTube reach is 'incremental reach'. This means it's reaching people that weren't reached by other ads for your brand, so they are being made aware of your brand and wouldn't have been aware if not for the ads. 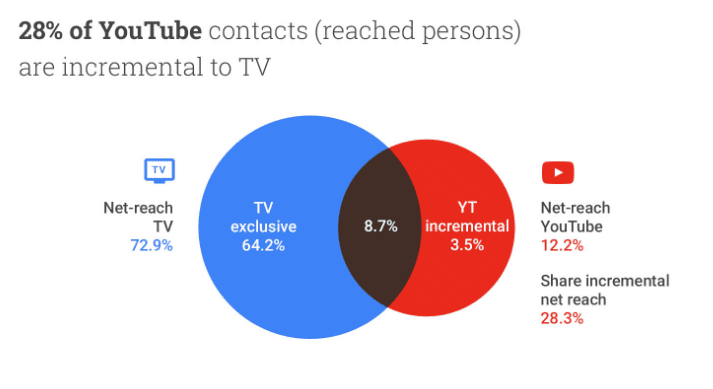 If your brand is currently engaged in video advertising, whether online or on TV, YouTube may seem an attractive option to reach a big audience. This infographic provides a good overview of online video advertising, and could be useful for getting management buy-in if you trying to convince higher ups of the need to use online video. However, the infographic is from Google, who own YouTube. So remember that they have every incentive to make it like the best possible advertising strategy!